Have We Given Up on Earth?

by Jillian Spiridon 13 days ago in space

Is the dystopia in the "here and now"? 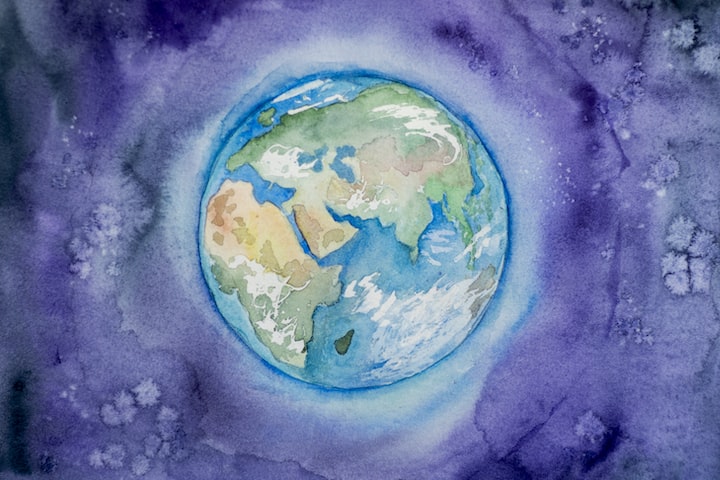 I don't know about you, but I get worried when I see articles about missions into space—particularly those involving civilians. I have visions to apocalyptic movies like 2012 where all the things that can go wrong do go wrong in a cataclysmic fashion, and the only thing left to do is to board our space shuttles as we flee from a dying earth.

Don't think it can happen? While climate change is still an issue of contention in many circles, there seem to be more outcries that something needs to be done rather than nothing. The issue of money tends to come up quite a bit with funding for climate awareness initiatives, at least going from how the United States in particular has not allocated as much funds for climate change compared to its fellow countries. From that perspective, one must wonder: has our gaze shifted from solving problems to leaving them behind?

The outlook for earth as of the year 2050 is starkly bleak. The erosion of the atmosphere as we know it, anticipated destruction via rising temperatures that become commonplace, the increasing regularity of violent storms in all shades—these are the things that may happen if scientific prediction is to be believed. With so many variables that could go awry between then and now—and many arising with the recent wildfires in Australia and the West Coast of the United States as well as the uncharacteristic winter storm that assailed Texas just weeks ago—it's hard not to think science is speaking the truth. While we could say these are just anomalies in a grander scheme, weather and the environment are becoming highly unpredictable across the world. I'm no scientist, but even to me there are some patterns that show up whether you're educated on a specific subject or not.

All of this leads me to the thought that, somehow, it seems we are hoping to find a way to abandon ship within the coming decades. Why else are space missions suddenly so en vogue again, especially with just coming out of a pandemic? Wasn't NASA severely cut down with its funding at one point? While there have been tragedies involving space travel, the current world climate seems to embrace ever more the idea of space exploration, no matter how far the reach. What changed?

(We could get into SpaceX more in depth than just a casual mention, as well as the pros and cons versus NASA, but that is probably yet another article for another day.)

Are we looking to places like Mars as "the next frontier"—in more ways than one? Remember, most frontiers become colonized or populated to some degree, so is the exploration more a way to see if there is somewhere we can go if the ship known as earth goes down in a flaming heap? Is space colonization actually the end goal?

It gets especially alarming when the science fiction canon would have us look toward space colonization as the "savior" to our problems. Elon Musk (the billionaire currently behind SpaceX) might have us believe that too, especially if the only thing that would be standing between a person and a new life on Mars is the amount of money that someone can cough up at a given moment. Will that be our last whisper as humanity on earth blips out: "it was not the good he did, but the money he had"?

I know. This sounds all very depressing (at least, if you're viewing it from the lens I am). But here's the takeaway I'd like you to have: it doesn't have to be this way. We can still make a difference if we start today to push for a better environment and landscape on earth. Do we want to imagine a world where the only thing our grandchildren can hope for is a $250,000 ticket to Mars? Will they be like Charlie looking for the prized golden ticket to Willy Wonka's chocolate factory? Or will there be an earth that has a chance instead?

I want to believe in a world that can look past a future paved with gold while smoke and smog coat our throats.

I want to believe in a future that doesn't have the grime of dystopia attached to it.

I want to believe in us and what we can still achieve.

What about you? Have you given up on earth? Or do you think we can only rise from here—and not just in the shape of a spaceship skyrocketing away from earth?

Time will be the judge, I'm sure.

Did you enjoy this article? If so, please leave a heart! I also have more for you to read over on my profile page. Feel free to follow me on Twitter for more writing updates. Thank you for your support!