First part of my novel. (With a slice of chocolate cake). 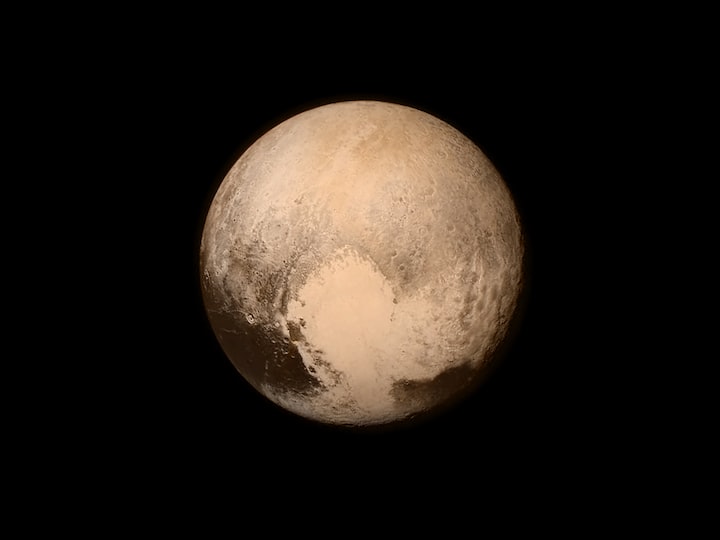 Emil sat on an stiff, uncomfortable table stool. However, this proved to be invaluable in his current situation. It distracted him from the horrible, cardboard like sandwich he was eating.

The ship mess hall was a big metal sterile square. All gray and depressing. There was a food reconstitution machine where one could get a sandwich, lasagna, tofu, or anything else made of basic carbohydrates, proteins, and fats for a press of a button and a swipe of your credit card. Emil was sitting watching the screen of his Microsoft Surface Pro tablet. The old model. As a research assistant, he wasn’t getting the new flashy one with the finger print detection and voice recognition software. Also, the new Cortana reminded him of a high school psychology teacher who use to bully him by asking why no one had ever met his girlfriend. “Is she still in Canada?”

“Hey,” said a voice coming up to Emil.

“Hello,” Emil responded with a chunk of sandwich still in his mouth.

“Do you mind if I sit here,” the voice said.

Emil looked around at the nearly empty mess hall and wondered if this was going to be one of those pranks that required a camera phone, food stuffs, and a deep feeling of shame when the inevitable video hit TikTok.

“Sure,” Emil said in return.

“Thanks. I’m Dave,” the voice said, now no longer just a voice.

Greg took a seat on the other side of Emil. He was a large man. Shaggy hair on this head and a good-sized beard. It was difficult to tell with all the face fur, but Emil guessed he was around twenty something. He was wearing one of the crew uniforms, a blue jumpsuit with a utility belt. He seemed to have a permanent smile on his face and squinted when he talked.

“What are you watching?” Greg asked.

“Oh. That one is okay. The low gravity pranks are pretty funny, though.”

Emil turned his tablet to show a scene where Dwight is talking on his phone. It pans out to show his desk with all of his knickknacks such as his pens, computer, mouse, Dundler Mifflin catalog, and stapler. Everything in perfect order. Only problem, it was outside of the Moon dome. Jim can be seen next to Dwight with that Jim smirk and look towards the camera.

“Nice.” Greg said in a tone that showed that he was not the least bit interested in The Office-Steve Carrell version.

“So Emil. What do you do on the station?”, Greg asked as he took a bite into a decent looking hamburger.

“I am lab research assistant. I’m relieving someone so that they can return home. Two years on a frozen tiny pebble plus two years of travel. Can’t wait.”

“What? Its awesome! It’s the last frontier until deep space! It was my favorite planet when I was a kid before it got downgraded.”

Emil thought about that jerk, douche bag Neil deGrasse Tyson. He couldn’t leave well enough alone and had to put his big mouth, two-cents in about Pluto. Why can’t it just be a planet?

“This is my third run.”, continued Greg. “We get a few months in between to rest and relax. The money is good. Plus it gives me a reason to leave my boring kids and wife behind and bang prostitutes”

“Did you get any hibernation sickness? Most newbies do. It’s not like the trip to Mars or even the moons of Jupiter. This trip takes a lot out of you,” Greg asked without hearing Emil’s response.

Emil took a bite of his sandwich and nodded. Using the time to chew to get his thoughts straight. The trip to Mars was easy. Back in the 70’s when NASA was sending the first manned missions to Mars, it would take a little over a month. Now it takes a little over a week. Emil left Earth to attend the University of Texas at Mars in 2003. The weightlessness wasn’t that bad considering the ship was oriented to have some gravity during space flight. The only hard part was eating nothing but food replacement bars the whole time. Emil was sure he only pooed twice the entire trip.

The trip to Pluto was different. It took eight months. That’s pretty good when you consider that it took seven years to send a probe in the 80’s. By the time it reached in 1987, technology caught up and settlements were already in Saturn. Emil wondered if NASA really wanted to, could they have reached Pluto in 1986 before the probe did in 1987?

Eight months was still long so scientists figured out how to put humans into hibernation like bears. It would save on food, oxygen, and fuel. Unfortunately, humans waste away a little faster. Emil was still getting some of his strength back after being under for 7 months. He could walk straight again. He no longer had to sit to pee. He no longer would uncontrollably lose his balance and flop to the floor like the black knight on Monty Python’s Holy Grail.

“Not bad.” Emil replied. “I mean all I did was sleep and I think I lost twenty pounds.”

Greg looked at Emil and nodded in the way someone nods when a borderline obese person brags about losing three pounds in four months. Emil wasn’t fat. He wasn’t exactly in the normal range either. He could be described as “skinny fat”. Where someone is about the same shape as a regular person but with bulges of fat here and there on his face and mid section. While some people’s body types were “apples” or “pears”, Emil’s was “eggplant”.

Before Emil could say anything else, a blur of pomade-wavy hair and a stenciled beard came rushing in behind him. He wasn’t wearing a jumpsuit. It was more of a military uniform. He sat with a loud thunk that moved the table a millimeter. It was enough to move Emil’s tray.

“What’s up homo?”, said the new douche bag stranger. Emil decided that he now knows what a punchable face looks like.

“Hey, watch your mouth dude.”, Greg chided. “The Chief hears you say that, its going to be your ass.”

The garbage person smirked at Greg. “I bet it will be.” He patted Emil on the shoulder and got up to leave. “Come on, man. Don’t get all liberal snow flake on me. I was kidding. I’ll see you later fuck face.” He left with a smile as if that cleansed the vomit noises coming from his mouth he called words.

“Who was that asshole?”, Emil asked.

The asshole walked over to a few more crewman walking in. He straightened up and produced a huge smile with his pearly whites visible from where Emil sat. Emil could see that he was laughing, though no one else was.

“Don’t worry about Pedro. He’s an asshole but deep, deep down inside, he’s also a complete prick. “, Greg said looking down the cafeteria at the group.

Emil was barely paying attention. He kept looking at the group and how exasperated the man in front seemed. It was pretty clear he was humoring the guy and wanted to move on with his day. He made some very exaggerated nods and started to pick up his pace. Emil knew this trick well. The “walk and talk”. It gives that person the impression that you are busy and you don’t have time for the funny but true story of how they threw cheese at their cat's face which, Ms. Catalie Portman, got verwwy verwwy grumpy. Save that gem for the Christmas office party.

The group continued to walk over to the cafeteria, more specifically to the table Emil and Greg were sitting at. There were three people who wore a blue military uniform similar to Pedro. It was a collared long sleeved button down with matching slacks. Emil supposed these were the white collar crew while Greg was the down and dirty blue collar.

Another person in the group wore a green uniform. Same as the other three except for the color. He continued to walk toward Emil and Greg while the rest broke off towards the food reconstitution machine. He was a tall man. Maybe six feet three inches. He had a large muscular build and a handsome face. Emil could see Greg sitting up a little straighter. Emil did the same without realizing it.

“Good morning Smith,” the man said sitting next to the scruffy man.

“You must be Mr. Benavides. My name is Chief Officer Charles. I am the Chief Electrical Operator of the engine core.”, he said pulling out a clip board and writing something in it. As he spoke to Emil, he did not look up.

“You will be sitting in the electrical control room in one of the operator chairs during landing since we do not have any passenger chairs.”

“This is a routine trip. Everyone does their job and in return I don’t hassle anyone.” Charlie then looked up from his clipboard and looked directly at Emil.

“That includes you Mr. Benavides-”

“-I am sure we won’t have any misunderstandings. Mr. Smith here will show you the safety protocols. Have a good day Mr. Benavides.” Charlie finished, grabbed his clip board, and walked out of the cafeteria.

“Don’t worry about the Chief.”, Greg said. “He’s pretty cool. I’m surprised he let you call him Charlie. I would get killed if I did that. I guess it’s because you’re not crew.”

“I suppose. I do have a handsome face. That might be it too.”, Emil said. Hoping his new friend would like his joke.

“Could be. His husband isn’t here.”, Greg winked, getting up to throw away his tray. Emil paused in thought. He wasn’t sure if he was being an ass for implying anything or if Greg was the ass for just letting it go. “You almost done? I got to get you ready to go.”

“Oh. Yeah. Let me just finish-”, Emil said but noticed that his slice of chocolate cake was gone. His delicious chocolate cake. Did he throw it away?

“Never mind. I guess I’m ready.”, Emil said sadly and got up.

“Great. Follow me and we will get you all set up. It sucks that you have to catch a ride on supply transport. Passenger ships are a lot more fun.”

Emil nodded and started to follow Greg out when he noticed something in the corner of his eye. At first he wasn’t sure he saw it. But as he began to slow down, he focused his senses. He could hear Greg saying something but his hearing was focused in the opposite direction. Near a small high table and some bar stools. His pulse quickened. He could feel his cholesterol soaked heartbeat. His face reddened. He methodically turned around to soak in his surroundings. He did see it. Plain as day. Leaning on a high table.

See all posts by Thomas Hernandez →