by Kevin Buttigieg 6 days ago in extraterrestrial
Report Story 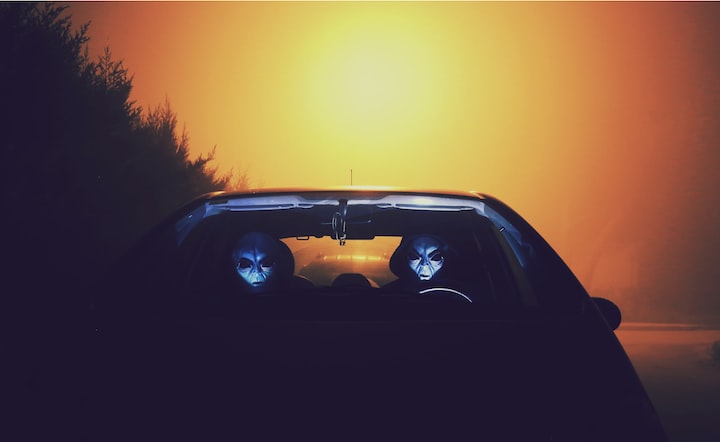 Photo by Miriam Espacio on Unsplash

When it comes to the topic of aliens and UFOs, with more and more information disclosed by official agencies over the years, I believe more and more people are beginning to believe that aliens may exist, and some aliens may even have come to Earth.

We've talked about UFO or alien contact in previous articles, and some of these people have experience working in secret official institutions like Area 51, which makes their stories a little more credible.

Of course, you can say that these people are making up some lies for some purpose, either for fame or profit. But if you study the content of their stories carefully, you will find that there are some similarities between these contents. Of course, you can also say that this is borrowed from each other. Indeed, I do not rule out this possibility, after all, people are an extremely complex species, especially the human heart, you can hardly identify the truth through appearances.

But today we are going to talk about the former Area 51 staff is a bit special, he did not use the information to publish a book or run a variety of programs for profit, but also did not use this to hype their fame, in his own words is that it is necessary to bring the truth to the public.

He is Boyd Bushman, a former senior engineer for Lockheed Martin, the famous American aerospace manufacturer. By chance, Bushman was invited to Area 51 to assist with some scientific work. Unexpectedly, this work is 13 years, and the content of the research is anti-gravity and the inverse of the alien spacecraft research. This gave Bushman the opportunity to come into contact with the legendary UFOs, and even work with aliens.

Because of his work, Bushman had access to some classified documents, and also had the right to take pictures of the research subjects, even of the aliens working with them. This made the later revelations look more convincing, as Bushman provided a lot of photographic evidence, including photos of flying saucers, even in takeoff, and of course photos of the aliens, including detailed photos of their hands and feet.

From the photos provided by Bushman, you will find that the aliens working with it have a few similarities with the legendary little gray man, but if you look closely, you will find that its features are significantly different compared to the little gray man, and the fingers and toes are all closer to humans, being 5. Only the aliens have web-like connections on their toes.

In addition, these aliens have a very long life span, according to Earth time, the one who worked with Bushman at the time was 230 years old. And do not use language to communicate at all, but similar to the legendary telepathy communicate. On the topic of telepathy, we have talked about it more than once before, so if you are interested, you can read our previous articles.

And interestingly, Bushman revealed when he broke the story that the aliens told him that it would only take them 45 minutes to reach Earth from their planet. 45 minutes? That's incredible! You know 58 light years, even at the speed of light, it would take 58 years to reach Earth! But these aliens took only 45 minutes, how did they do it? Is there a wormhole? Is there an FTL ship? Or maybe there is a space-time tunnel that exists? Or do scientists speculate that warp engines exist?

Not only that, Bushman, through years of research on UFOs, found many chemical elements on these UFOs that he had never heard of. Although most of these elements have yet to be known what role they can play in the function of UFOs, they are not completely without progress. For example, scientists have found that the element germanium contained in the UFOs is related to the deceleration and energy supply of the UFOs, while the element platinum is related to the power supply system.

But because these flying saucers are too advanced, far beyond the reach of human technology, so the progress of research is exceptionally slow, and even often some unexplained failures. One of them was triggered by the UFO's self-destruct device, causing the sacrifice of all the researchers present.

Bushman confessed at the time of the explosion, that these flying saucers used almost all anti-gravity systems, and use them for vertical takeoff and landing. In the process of flying saucers, the speed is extremely fast, and almost no sound.

In addition, Bushman also broke the news of a very interesting discovery, he found when studying some UFO debris, this debris itself has an anti-gravity nature. In other words, when these fragments are put together with other substances to weigh, the weight is surprisingly lighter than when those substances are weighed alone, and still much, much lighter. And if the voltage test on some fragments, the voltmeter display is still normal, but just a small piece of fragments, but can power the entire laboratory for 6 months.

Speaking of which, I believe many people will want to say that if Bushman's exposé is true, then when mankind unravels the secrets hidden in the UFO, it will be a sea change in human history and will push the human problem to an unprecedented height. As for whether this will be the case, let's wait and see!

More stories from Kevin Buttigieg and writers in Futurism and other communities.