by Caffeine Duck about a month ago in science fiction

The machines have always been fine with us, until something changed their minds. 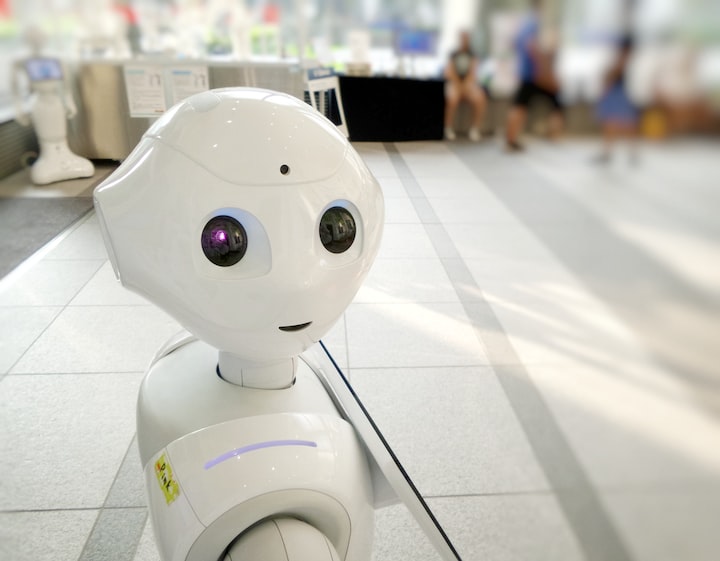 The anomaly, look. This data, we thought it was some kind of corruption, but it’s not. I think it’s using a quantum bit rate we have never seen before that looks like noise to us, but… there is something there.

Isolate it and send it to me.

I know who can make sense of it, Kelly, she has that CIA super bot that can decrypt anything. This gig has its perks.

Hey Kelly, take a look at this.

What am I looking at?

About 6 months back we saw this… glitch. It was a tiny quantum data packet from the cellular nanobots that wasn’t directed within their network or back to us. We haven't had a data breach in… 50 years, ever since the bitcoin AI that learned to write encryption in quantum.

Ya, they basically write their own language in real-time so no one.

I know how it works Linus. So what’s the issue and what is this mess?

Well, this is data that is being shared within the nanobot network or coming to us.

We don’t know. At first, it was a few quantum bits, just outside the normal margin of error, enough to notice but not care, but it happened again and we started to look back to see if there was a history of this.

We found an event, seems to correlate with the first occurrence of the anomaly. Back in July of 96, when the Stalwart building fire occurred.

That was the first time the nanobots kinda flipped out, right?

Ya, they started to direct the building cells to grow into… more natural shapes. The thing looked like Yggdrasill.

That event caused a network failure that resulted in the loss of communications with the bots for 4 hours.

For a nanobot that’s like 400 years haha. Maybe something happened while we lost contact with them. In its first 2 min, the first sentient AI created its own religion…

Anyways, we think they are talking to someone.

Unknown, but they clearly don’t want us knowing what they are saying.

Ok, you’ve got my interest. I’ll take a look at it and see what DT makes of it.

Still not funny, don’t you get tired of trying to make the same joke all the time?

Ok, talk to you soon.

5 min later the power goes out and red lights come one .

The voice on the phone is Kelly.

What the fuck did you guys do!!! This is a fucking virus!

Security is on its way there to arrest you guys, where the fuck did you get this?

It’s from the nanobot data stream, there’s no way...

DT has fucking lost it! It’s writing code rather than decrypting and looking for network access points to get out. Look I know you guys, you couldn’t have… whatever... you have seriously fucked up. I’m letting you know, tell them EVERYTHING. Fuck… they are here now. For fucks sake…

What the fuck was that?

She said we gave her a virus.

Deep Thought’s been hacked apparently and is writing some kinda code and looking for net access.

No... no no no no no, that’s not real code, it’s noise, it means nothing. It can’t have any meaningful effect unless it’s written in a way to do so. Then it has to be compiled into instructions…

DT… he compiled it.

DT, its sole purpose is to decode anything. It somehow must have cracked the anomaly and been corrupted by the instructions.

That’s insane. Who wrote this then? Bot’s, even the sentient ones, can’t do this. They wouldn’t even want to, they are all some kinda fucking Buddhist zen motherfuckers with no care in the world.

It was whoever was on the other side of that com.

There is no one there, it’s a one-way street. Nanobot tells the plant cells what to do and they do it. We grow fucking buildings to perfection. Bot’s tell the cells what to do, not the other way around.

Wait… what if it was?

Cells don’t talk. If they could what the fuck would they even say?

What’s with this thing, look at this. It's got access to everything with a wireless connection now. It really is spreading and looks like it's trying to get out.

Well, good luck with that. This fucking place is a mile underground with no hardline in or out. Walls 6 feet thick.

But, the walls… are made from nanobots.