Every bullet makes a turn? If shot in space, reaching the end of the universe may not be a dream

by Apostolakis 6 days ago in astronomy
Report Story

Every bullet makes a turn 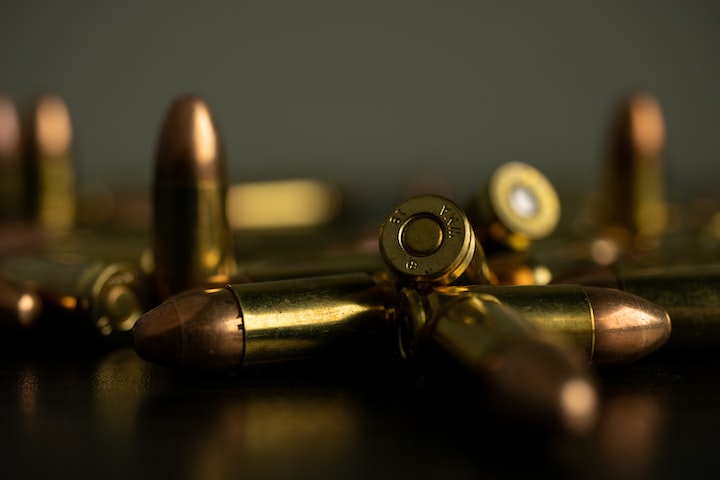 Photo by Jay Rembert on Unsplash

A gun may be nothing without a bullet. Modern bullets, despite their widely varying calibers, are generally composed of a warhead, a launching charge, a primer, and a cartridge case, and if you think a bullet is nothing more than that, then I can tell you that it's not as simple as you think. Modern bullets, in addition to special bullets, the army is routinely equipped with the same caliber of bullets and are also divided into many kinds, they look the same at first glance, in fact, the use of different, only insiders can see the mystery.

Soldiers will fill the gun with different bullets according to the target and use, them to distinguish the type of bullets, the top of the warhead of this circle is called the identification circle, generally, the more common identification circle color is green, black, colorless three, painted green bullets, known as a tracer, from the name can be seen, this is a kind of glowing bullets, tracer bullet launch ballistic shiny, dazzling and wonderful, however, the existence of tracer, However, tracer bullets do not exist for the sake of a spectacular show. A tracer is the same bullet that has the same killing power, except that it is coated with or has a luminous agent like magnesium or barium at the base of the bullet. The reason why tracer ammunition is called a tracer is never a bullet that glows at night. The word "tracer" originally means to guide and pull, so the main purpose of tracer ammunition is to guide the target and correct the ballistics.

People often say that bullets do not turn, but the truth is that every one of them does. If a bullet is fired in space, it can naturally go all the way forward, and maybe one day it will reach the end of the universe. But on Earth, no matter how fast the bullet is going, it will eventually stop, not only from the resistance of the air but also from the Earth's gravity. A bullet that hits its target precisely, like a bow and arrow, is moving in an arc.

The bullet rotates at high speed, effectively reducing the gravitational force of the earth and gaining a more stable ballistic trajectory. In our perception, the bullet is spiraling forward on the "X-axis", but in fact, the flight of the bullet is a complex process. If you slow down the tail movement of a bullet in flight, you will see the tail of the bullet draw a circle in front of your eyes, while the whole bullet is flying forward in a spiral trajectory.

However, humans often make things simple, and one bullet that does not require so much detail is the "buckshot". Like other bullets, buckshot has a primer and a powder, but it does not have a warhead. The secret of buckshot is in the large shell, which consists of several small steel balls, which move forward in a scattered state after firing. Because of this, the use of a shotgun is also the only modern machinery that does not require precise aiming of the weapon.

A bullet leaving the chamber has tremendous power, so have you ever been a little curious about where the bullet was before it entered the chamber? How are the bullets safely transported to the military and even the battlefield after they leave the factory? First of all, they need an ammunition box, for ordinary people, it may be more difficult to see the ammunition box than to see the bullet.

To make scientific， diligence is the mother of success

More stories from Apostolakis and writers in Futurism and other communities.