There are some facts about Dune you might not know 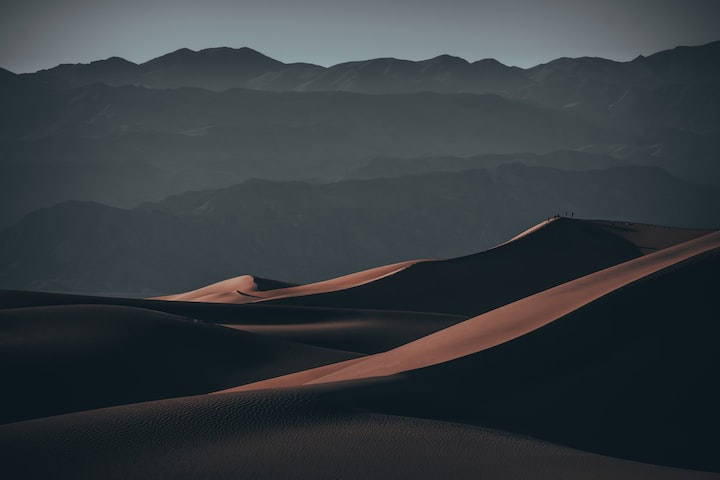 Dune has become one of the biggest names in sci-fi history. It has spawned a series of books, several movies and shows, and also created a number of major pop culture shifts that are undeniable to those "in the know."

As one of the best-selling sci-fi series of all time, Dune has gained millions of fans around the world. Many of those fans are experts on Arrakis and could make most sci-fi geeks feel shame for not being as passionate about their series of choice.

That being said, there are some facts about Dune you might not know. Here are some that might shock major Dune fans and casual readers alike.

At first, no one wanted to even publish the book.

23 different publishers rejected Dunebefore a single publisher was willing to pick it up for print. Even then, the agents assigned to the book expressed their doubts and felt it would never actually sell well at all.

Most fiction publishers didn't even want to touch the work. So, Chilton, a small Philadelphia-based firm known for car manuals, ended up being the one to publish it.

Despite the humble beginnings, Dune ended up selling over 20 million copies — and was translated into 12 different languages. So, it seems like Frank Herbert definitely got the last laugh.

For writers such as myself, this is one of those facts about Dune that offers a little encouragement in the realm of publication.

The book series was actually based on the political happenings in Iraq.

In Dune, the world of Arrakis is full of spice — an unusual substance that allows you to travel at incredible speeds. It's said that whoever controls the spice controlled the universe. The local Fremen were being displaced because others wanted the spice.

Sounds about right, doesn't it? Well, just replace "Arrakis" with "Iraq," and "spice" with "gasoline," and "universe" with "economy." Now, it sounds a lot like what was happening in the Middle East during the 1970s Gas Crisis, doesn't it?

It's not coincidental that the people in Dune had very Middle Eastern attire or names; it's a subtle nod to what real-life events sparked the book. Then again, mostfans already knew these facts about Dune.

The other aspects that got Herbert into writing 'Dune' included moving sands in Oregon, multiple religions, and psychedelic mushrooms.

Okay, to a point, drug use is kind of a given. It was the 70s, after all. In an interview, Herbert openly admitted the mushrooms helped him come up with the concept of "spice" in Arrakis.

A couple of facts about Dune most probably guessed is the influence that Herbert got from both Zen Buddhism and the Christian Bible. (God names like "Zensufi" and "Zensunni" basically say it all, doesn't it?)

However, the sand dunes in Oregon as a source of inspiration may be one of those facts about Dune most fans wouldn't have guessed.

When he heard about how sand dunes in Oregon were killing off wildlife, he began to get intrigued. The dunes were beautiful in their own way, and to a point, helped give him the sliver of inspiration to make the world of Arrakis later on.

"Spice Planet" was one of the first real drafts of 'Dune.'

Few facts about Dune spark as much curiosity as this one. There was a Dune before Dune, and few have actually gotten to be able to see the full story.

Prior to writing Dune, Herbert had toyed around with a Dune-like world in a story called "Spice Planet." This short story involved an 8-year-old boy and his father living in a world much like Arrakis.

The overall plot was about addiction (spice), overthrowing aristocracy, and similar aspects of Dune. However, it was canned, and Dune ended up being published instead.

Interestingly enough, there's a game named after the binned manuscript — and yes, it's dedicated to Dune.

'Children of Dune' is actually the first sci-fi book to be a New York Times best seller in both hard and soft cover.

One of Dune's sequels, Children of Dune, had the honor of breaking in this new territory in 1976. The original book itself was also a smash hit, and helped earn Frank Herbert a Nebula Prize in 1966.

Of the most influential movies in the sci-fi world was a star-studded adaptation of 'Dune' by Alejandro Jodorowsky... but it was never published.

There are many facts about Dune that are specific to Jodorowsky's Dune. Had it been made, word has it that it would have been one of the greatest movies of all time.

Artists that were involved in consultations included Salvador Dali, H.R. Giger, the WHO (for the musical overscore), as well as screenwriter Steve O'Bannon. Of the concept sketches that were recovered, it's clear that it would have been a visually spectacular thing to see.

Jodorowsky's Dune project is where Giger met O'Bannon, who would later enlist his help to work on the movie, Alien. The movie also would later influence other adaptations of Dune along with several other major sci-fi franchises.

(Note: For the sake of this article's length, we need to keep facts about Dune strictly to the book and other movies. Otherwise, this article would be an e-book.)

David Lynch's 'Dune' had a lot of quirks to it, too.

There were a number of facts about Dune by David Lynch that made this a box office flop that would only later be vindicated by history. Here are some of the stranger facts about Dune, before and during its time in theaters:

Theaters had to give full glossaries to audience members to help them understand the Lingo. This didn't sit well with movie critics, who panned the hard-to-understand film.

Over 1700 people were hired to make David Lynch's Dune. This included workers who had to clean a large plot of desert by hand for the film's production.

Feyd-Rautha, played by musician Sting, was supposed to come out of the spa naked. Producers found out, threw a fit, and a makeshift codpiece-underwear thing was made for him.

Guild members wore real body bags as their uniform. They were found in a firehouse from the 20s. Apparently, they were used. Actors didn't know until shooting was completed.

Lastly, you wouldn't believe who are fans of 'Dune.'

One of the facts about Dune most people don't realize is how many people out there love the book. If you were wondering, this short list will give you an idea of others who would love to talk Dune:

So, if you love Dune, you're far from alone. It was, and still is, one of the best books ever made.

More stories from Gina Stefan and writers in Futurism and other communities.