by Steven Shaviro 4 years ago in science fiction / literature

My new book, Discognition, looks at science fiction in order to think about questions of consciousness. Each of us knows that he or she is conscious; and most of us take it for granted that not only human beings are conscious, but animals like dogs and cats are as well. But how far downwards does consciousness go? Are lobsters conscious? Are trees? Are bacteria? We don't really know. But the enigmas go further. We don't even understand our own intelligence and mental activity. We live in a golden age of neuroscience; every year, we learn more and more about the functioning of the brain. And yet, despite this accumulation of knowledge, nobody really knows what consciousness is, or how it works. Philosophers and scientists disagree on even the most basic issues. We have no idea how to get from the brain to the mind: from electrochemical processes in our neurons to things like feelings and thoughts and experiences.

Science fiction narratives are often thought experiments; they ask what might happen if certain future scenarios turned out to be true. If a computer system became conscious, how would we know that it was? And would we be able to talk with it? If aliens arrived from another star system, with technologies superior to ours, what would their thought processes be like, and would we even be able to understand them? If science ever completely figured out how our brains work, how would this change our daily lives? Would we be able to retool our own minds, to make ourselves smarter and more aware? Or would governments and corporations be able to manipulate our emotions and ideas at will?

Science fiction cannot give us definitive answers; but even by asking these sorts of questions, it focuses the issues for us in novel and exciting ways. Science fiction is unique in being focused on the future, instead of (like most other literature) on the present or the past. Its grounding premise is that things will always change, whether we want them to or not. Its great subject is the way that new discoveries and technologies can alter our lives. Science fiction is about the future -- even though it does not actually claim to predict future events. This might seem like a paradox, but it is not. Let me explain: 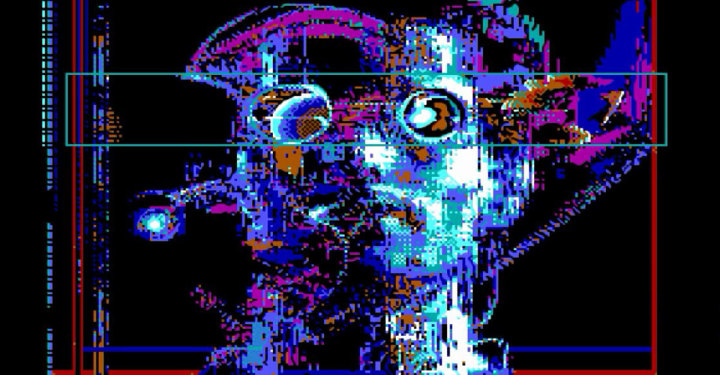 Take, for example, William Gibson's 1984 novel Neuromancer, one of the key works of cyberpunk science fiction. In this book, Gibson coined the word cyberspace. He envisioned something much like today's Internet: a vast, sprawling network of computer networks, spanning the world, containing vast quantities of information, allowing for instantaneous connections between physically distant points, but also rife with viruses and other destructive programs. He imagined people disguising their online identities behind avatars, and hackers stealing data by breaking through encryption and firewalls. However -- as Gibson himself has ruefully noted in recent interviews -- there was one important thing he didn't imagine: mobile phones. It never occurred to him that people would be able to access cyberspace wirelessly, from anywhere; he just assumed that they would always need to login to hardwired terminals set in fixed locations.

What this example teaches us is that science fiction is not really about predicting the future. If anything, it is rather about the fact that the future is inherently unpredictable. It is not enough to know the probabilities. Sometimes we think that the future is like a lottery. When you buy a lotto ticket, your chance of winning is extremely slim. But you can always know exactly how unlikely it is, for there is a fixed number of combinations that can possibly come up. Therefore you can mathematically calculate the odds of your combination being the right one.

But most of the time, the future doesn't work like this. There isn't a fixed number of possible outcomes; and this means that there is no way to calculate how likely (or unlikely) any particular outcome might be. As the great economist John Maynard Keynes put it some eighty years ago, "there is no scientific basis on which to form any calculable probability whatever. We simply do not know!"

Science fiction is speculative: it guesses at a future without any calculation of probabilities, and therefore with no guarantees of getting it right. Or better, science fiction extrapolates a future, in full awareness that it is sure to get something wrong. The "science" part of science fiction involves taking trends or tendencies that currently exist, and looking at what might happen if they were pushed further, all the way to their ultimate possible consequences. But the "fiction" part of SF involves the inscrutability of the future; our awareness that anything whatsoever can go awry. We generally assume that, since it has risen every day so far, the Sun will also rise tomorrow. But science fiction also asks the question: what happens if the Sun doesn't rise tomorrow?

Sometimes this failure of prediction is even science fiction's explicit subject. In Isaac Asimov's classic Foundation series, for instance, a brilliant mathematician devises a method of calculating historical probabilities. In this way, he is able to foresee the course of future social development, and gently guide it on the most benevolent path. But in Second Foundation, the third volume in the series, an unexpected mutation changes the course of history, and throws all the predictions and programs into disarray. (I should mention that Asimov also wrote a short story, "Nightfall," that considers what might happen if the Sun failed to rise).

There are two big ways that we think about the future. On the one hand, there's a powerful sense in which only the present is real. Every moment we experience is Now. Past and future are mere phantoms. The past is dead and gone, for it is no longer Now. The future only becomes real when it actually happens. Everything else is mere empty conjecture.

On the other hand, we also have the intuition that there's more to our existence than just a continual succession of present moments. As William Faulkner famously wrote, "the past is never dead. It's not even past." Things that happen leave echoes and traces behind them. Even if I am free to choose right here and right now, I must do this in a world that is shaped by my own past choices, as well as by other people's choices and by historical events. The present is haunted by the past, unable to shake off its dead weight. However much we may try to forget, the world "remembers" for us.

But if we are never truly free of the past, we are also never truly free of the future. Every moment is charged with possibilities. Some of them will happen, and some of them will not. We may anticipate some of them, and some of them we cannot. But we can be sure that everything we do has consequences extending beyond itself. This means that we don't just live in the present; the Now is always projecting into the future. Science fiction describes these projections: it imagines what might potentially happen, rather than showing us what actually does happen. It offers us alternatives, both utopian and dystopian. The science fiction books that I examine in Discognition do not tell us what mind and consciousness actually are; but they give us hints and warnings as to what they might become.

What is consciousness? What is it like to feel pain, or to see the color red? Do robots and computers really think? For that matter, do plants and amoebas think? If we ever meet intelligent aliens, will we be able to understand what they say to us? Philosophers and scientists are still unable to answer questions like these. Perhaps science fiction can help. In Discognition, Steven Shaviro looks at science fiction novels and stories that explore the extreme possibilities of human and alien sentience.

Born a few weeks after Anthony Stewart Head and a few days before Jackie Chan. Writes mostly on sci-fi and music videos. His latest book is Discognition.

See all posts by Steven Shaviro →