Avoid These Mistakes To Become A Pro Programmer 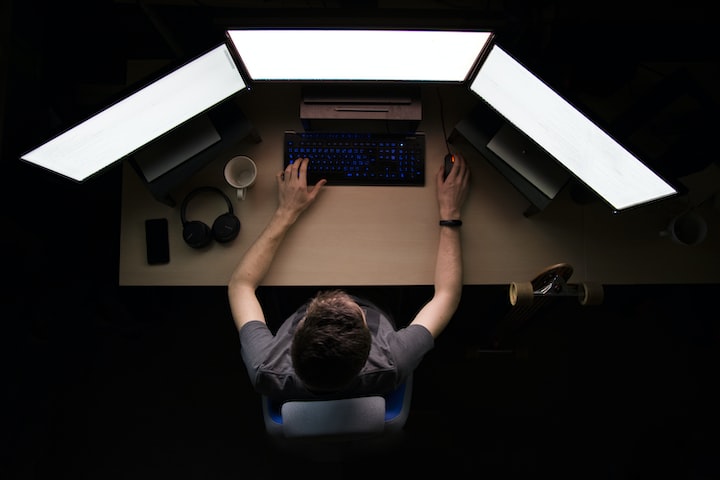 Photo by Max Duzij on Unsplash

Programming mistakes can range from minor syntax errors to more serious concerns such as bad design or a lack of effective error handling. Programmers can save time and costs by discovering and eliminating these errors, as well as preventing potential bugs and security issues. It will also make the code more legible, understandable, and maintainable for other developers, making it easier to work in teams and contribute to open-source projects. To summarize, avoiding common programming errors is critical for creating high-quality, efficient, and secure code that can be readily maintained and upgraded over time.

Commenting code is an important technique in programming since it helps to make the code more accessible and clear for other developers as well as for yourself when you return to it after some time has passed. Comments are intended to clarify the goal of the code and the rationale behind it, allowing others to comprehend the codebase and you to recall why certain decisions were made.

Comments also serve to contextualize the code and make it self-explanatory, minimizing the need for comprehensive documentation. Furthermore, comments can be used as documentation by offering useful information such as the author, date, and version of the code. This can come in handy while working in a team or contributing to open-source projects. Overall, commenting code is crucial because it makes code more readable, intelligible, and manageable, saving time and money in the long run.

By making it easier to grasp the purpose and functioning of the various pieces in the codebase, appropriate naming conventions in programming can make code more readable and manageable. Consistent and detailed naming conventions aid in the self-explanation of the code, avoiding the need for excessive comments and documentation.

Also, giving variables, functions, and classes meaningful and descriptive names can help to explain their purpose and functioning, making it easier to traverse and understand the code. Using proper naming conventions can also aid in the prevention of name conflicts and errors, as well as making the code more consistent and organized. Overall, correct naming standards can make code more legible, comprehensible, and manageable, ultimately saving time and resources.

Not Properly Handling Errors And Exceptions

Following established design patterns while programming is vital since it improves the code's structure and maintainability. Design patterns are reusable solutions to common programming challenges that have already been shown to be effective. They give a standard vocabulary and set of best practices for developers to follow, which can help to organize, comprehend, and maintain code.

Using known design patterns also makes code more uniform across systems, making it easier to comprehend and maintain in the long run. It also enables developers to concentrate on solving the problem at hand rather than working out the best method to structure the code. Following known design patterns is crucial in general since it improves the structure, maintainability, and scalability of the code while also making it more uniform and easy to understand.

Testing code during programming is vital since it ensures the code's dependability, stability, and correctness. Testing is the process of examining a system or its components to see whether it meets the specifications that drove its design and development. Programmers may find and correct problems and defects in the code before it is deployed to production, saving time and resources in the long run.

Furthermore, testing ensures that the code is maintainable and scalable. Programmers may ensure that modifications to the codebase do not disrupt existing functionality and that new features can be implemented without causing problems by testing the code. It also aids in ensuring that the code runs properly under a variety of scenarios, such as varied inputs and setups. Overall, testing code is critical since it ensures the code's dependability, stability, and accuracy while also making it more maintainable and scalable.

In conclusion, these programming flaws can cause confusion, errors, and make the code less legible, intelligible, and maintainable. By recognizing and eliminating these errors, programmers can save time and resources while also avoiding potential bugs and security issues.

Commenting code, using suitable naming conventions, handling errors and exceptions in a consistent and appropriate manner, adhering to recognized design patterns, and testing code can all assist to make code more readable, comprehensible, and maintainable. Following these best practices allows programmers to create high-quality, efficient, and secure code that is easy to maintain and update over time.

Moreover, if you are looking forward to hire web developers for your project, consult Accrete Infosolution Technologies. They are known for providing the best web development services to their clients accross the globe!

More stories from Billberry Team and writers in Futurism and other communities.