by Grace Linn 2 months ago in science fiction 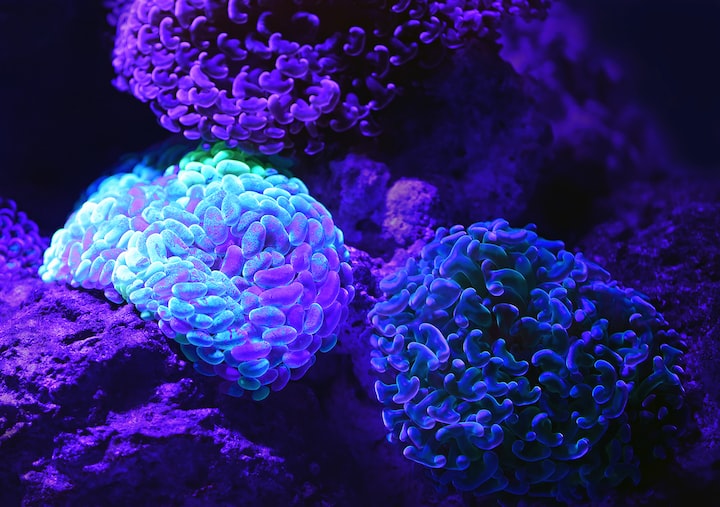 Most mornings were the same. Slamming my snooze button two times while half asleep. Waking up to my Aunt Jeannie pounding on the front door.

“You’re gonna be late for school Bry-Bry!” she shouted. God, I hated that name. But it got me up. I never put much thought into getting ready for the day. As long as I remembered to put on pants, I considered the day a win. Rushing to throw clothes on, I made my way downstairs with my backpack. I made sure to lock the front door behind me, and got inside Aunt Jeannie’s 1966 Chevy Impala. At least I rode to school in style most days.

The day went like any other. I stayed dead silent in every class. I was so glad the school system respected that about me at the very least, because they sure as hell didn’t respect my well-being. Especially since I was getting tortured by the jocks at least once a week.

Another day’s end finally arrived and as usual, my father was late picking me up again. I had no extra work pressing me so I decided to stroll down the halls. It was dead silent and dark in most of the hallways. All except for one.

I noticed what appeared to be the bright light of a cell phone coming from Mr. Ricker’s room down the hall. Taking quiet steps, I stood at the doorway and peeked inside to find Vince taking pictures. I crawled on the floor up to the edge of the desk. Upon closer inspection I could see him taking photos of tomorrow’s science exam. This behavior didn’t surprise me, but it caught me off guard enough to let out a small gasp. I covered my hand with my mouth and saw Vince’s eyes immediately connect with mine. My ass felt like a fire had been lit under it because I ran out of there as fast as I could, hearing Vince’s steps behind me. Unfortunately I was not fast enough to outrun him because I felt his hands around my throat while he pinned me against the lockers.

“If you so much as utter a single word of what you saw,” he warned. “I’ll make sure you’re in a hospital. Got it?”

I shook my head rapidly, gasping for air. Vince dropped me to the ground and then ran around the corner. I couldn’t take this bullying anymore. Someone had to stand up for what they saw. I stood to regain my breath and as I did I heard a clatter at my feet. Looking down, I saw what looked like Vince’s cellphone. What luck! All I had to do was turn this in and Vince would be toast!

I made sure to stop by the principal’s office the very next day.

“Principal Harris, I think you’ll want to see this.”

I gulped. I knew this wasn’t going to end well. That letter-jacket wearing meathead came strolling down the hall, and paused for a moment making stern eye contact with me before walking in and changing his demeanor completely.

Outstretching his arms, he said “Yo, principal Harris. What seems to be the trouble?”

“Cut the crap, you’re in big trouble young man” the principal clapped back. “Care to explain THIS?” She showed him the cellphone.

Vince tried to appear perplexed but said “Hey now, you got it all wrong, I didn’t do that. Someone else must have done it!”

“Vince Jonhston, you are suspended for a week, and you are barred from football until further notice!” Harris declared.

I could see Vince’s jaw hit the floor. What a nice little victory for me today.

The rest of the day went great. Without Vince, none of the jocks came anywhere near me. I felt on top of the world. And then, the end of the day came. Of course, dad was late getting off work again. I took another one of my leisurely strolls down the halls when I saw Vince, Chance, and the rest of the football team standing in a line, blocking my path. They formed a circle around me before getting closer, trapping me.

“I told you not to open your mouth, kid.” Vince said, shaking his head. “But we’re not gonna do this outside. Too many cameras. Chance then hoisted me up, throwing me over his shoulders. I tried to throw myself off, but to no avail. Chance was strong. He carried me out to an alley right behind the school. He tossed me on the ground, where Vince immediately threw his fists at my face. I felt my nose break, and there was blood gushing everywhere. Chance and the others kicked me with all of their might in my ribs, my back, even my groin. I felt like I was dying. I could hardly breathe.

“I told you I’d put you in a hospital if you said anything” Vince said before throwing one last punch at my skull. That was the last thing I remembered before my vision went black. Just as I lost consciousness I could hear the sound of sirens in the far distance.

Slowly, I began to wake. I heard the weak beeps of a heart monitor and could see my dad and Aunt Jeannie standing over me. Immediately Aunt Jeannie hugged me. I felt like every bone on my body was on fire, writhing in pain.

“Damn I thought you were going to die kid” Aunt Jeannie said.

I was very confused. “You said, damn I thought you were going to die kid”.

“Well I was certainly thinking it, but I never said it. You need your rest and recovery, we can all celebrate later. Your father and I are going to grab a bite to eat and we’ll be right back."

With that, she and my dad walked right out of the room. Odd. I swear I could have heard my aunt talk.

I heard a knock at the door, and I saw a nurse come in with a tray of what appeared to be pain meds. “Damn, another kid beaten senseless by a bonehead.”

“Excuse me?” I interjected.

“Oh, I didn’t say anything honey. You took a nasty hit back there, you’re probably just hearing things. Time for your morning medications.”

What in the hell was going on? I heard Aunt Jeannie and now the nurse say things, but according to them they never said a word.

All of a sudden, it sounded like a dinner party in the hallway.

“Can you please tell them to keep it down out there?” I begged.

“Keep what down sweetheart?” the nurse asked. She opened the door, and all I saw was an empty hallway. “I think you need some rest.” After I took my pills, she rolled out of the room with her tray. Maybe a little TV would calm my nerves. I turned it on to what appeared to be an interview between some local musician and a news anchor. Between sentences, I took sips of my sprite.

The reporter asked the musician “So now that your tour is finished, do you think you’ll settle down and have kids?”

“Bitch it’s none of your damn business whether or not I wanna populate. You can shove that question right up your cunt!”

I spit out my drink, my eyes widening. What a foul mouth on that guy, he could have just said he didn’t know. What was with everyone having no filter today? What was even more strange was that dude’s mouth wasn’t even moving when he said that sentence. Unless…

I pressed the call button.

“What does that punk want now?” a voice in the hallway said. Moments later, I saw the nurse appear. Her mouth entirely closed, I heard her voice say “I would rather be three margaritas deep in Cancun right now than doing this shit.”

It was difficult to not giggle at that. “Could I have a glass of water please?”

“Of course sweetheart” she said with a smile. “I’ll be right back.”

Her inner thoughts then said “The kid should just get his own damn water.”

Vince must have hit my head harder than I thought. It was as if I could hear people’s thoughts like they were just speaking regularly. I wondered…

I closed my eyes, focusing my every thought on Vince. After intently honing in, I could hear arguing in my head.

“I didn’t do anything dad!”

“Vince, I can’t keep bailing you out every time you wail on some kid. You’re damn lucky I could hire Henry. He’s the best lawyer around! You’re such a curse on this family, you’re the only one who’s been kicked out of sports!”

That was all I could hear before the sound disappeared, replaced with a headache. I could read people’s thoughts. Anywhere, anytime, and of whomever I wanted to. With great power like this came great responsibility.

But right now, it was time for revenge.