Can this dream I had can be a sci-fi movie?

by C.A Fenderson Jr. about a year ago in science fiction
Report Story 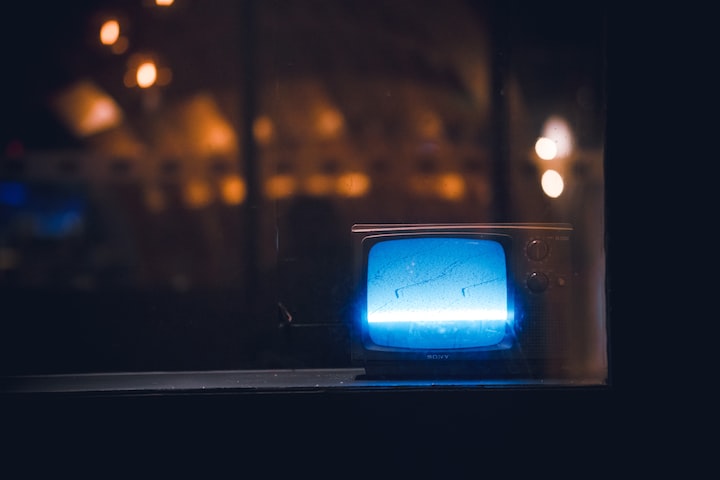 Photo by JD X on Unsplash

An old model television set changed to a random channel in a store by an under-aged child using the new technical features based on a 2028 year model of advanced electronics. Suddenly, the under-aged child's parents frantically grabbed the child, escorting her away from the television model while discomfortingly scolding her. After the customers retreat the program has been changed to a past documentary of the Ferguson riots and police brutality videos dating from 2014.

For the beginning of the movie, the hot scene shall be of a family, husband, wife, and son. The husband is more of a doomsday preparer, visible scared, and a disgusting person who is in hast and has to get to work on time, while the wife is a struggling alcoholic and possibly considering infidelity.

The husband seems to be nerve bent and introverted but constantly warns his family about the DNA monitoring device which the Government has implanted in everyone's home through the notoriously bought superior courts which trace anyone's vital signs of aggression, violence, or whatever brain activity they may produce that causes harm to another person or inanimate thing generated from thought patterns, through a revolutionary imperialistic technology the people are dying and protesting against to banish.

This device is like a surveillance camera in a central location in taxpayers' and low-class citizens' homes. Every child under the age of 10 is considered bonded from the device, whose lives will be spare by law through the 'To Still Dream Clause', however, whenever there are inconceivable thoughts are actions, this device will alert federal authority figures who will come and arrest or kill anyone with those preconceived notions due to a Supreme court, elite, and presidential mandate to overcome the recent number of growing revolutions since 2014 due to the police state propaganda agenda.

Based on the future where transhumanism is preeminent and human intelligence has reached telepathic, telekinetic, and subconscious thoughts into physical matter. Humans no longer kill from the conscious decision nor reaction to cause death is predetermined before the thought and is abolished by laser.

Drone technology and transhumanism robots act as military surveillance. There is no longer any more democracy, and only the wealthy control the country, laws, and states. There is still a majority of the poorly controlled and have to work to produce the robots and pre- Century arts and classics that the rich have almost deadly competitions about.

The poor live at a lower level on a distant occupying space as the wealthy yet are isolated to produce all the goods needed to preserve the wealth's idolizing means. Meanwhile, the only crime that is committed is by the wealthy for a short time, yet they will always get caught because of the technology, so hardly anyone chances any crimes without punishment regards money or statue. The poor couldn't commit any crimes and have not for years because there is no judge or jury to give any trials, only death by drones as soon as the thought would happen.

Yet, new technology is secretly being produced in a manufacturing process, and elite criminals have now fooled the citizens into believing that it is a model of earth's first humanoid robots. They are creating a force in another energy field to deter technology and delay if not alter predetermination. It is not until a regular worker is sent in to test these new first human robots and finds information encoded inside the robots to intercept predetermination and understand how to redirect it.

As the plot goes on, the worker is seen numerous times defeated by his peers and humiliated on every level until he loses control and kills a coworker. Understanding what he has learned about the robots and being killed, he tries to escape. The only problem is that since he could deter predetermination, the drones and military cannot track him down until he predetermines again.

Making it easier for the drones and the military to find him. The only problem is that the drones are programmed to kill with determination and the military fear of going into the controlled manufacturing plant themselves. So this buys him more time as he tries to escape. He then kills a couple of family members again in a vehicle and tries to leave only to find a female of the family who helps him escape. After numerous times of her attempts and efforts of his escape, she tells her story.

She was adopted and abused and was one of the last people to see death before it was outlawed. She convinces the man to take her with him to escape because she helped him kill a family member who was caught under the car, not fully dead but had died with her efforts.

She then can help him reprogram the first robots to help them underground to fight off the newly reprogrammed Drones and to avoid the incoming military...

Thank you for reading. Vocal gave me the ability to express my poems, writing, and dreams. If you read this to the end please shoot me a like and a tip will also encourage me to publish the entire dream. Wholeness.

More stories from C.A Fenderson Jr. and writers in Futurism and other communities.