by Ron Bennett 2 months ago in science fiction 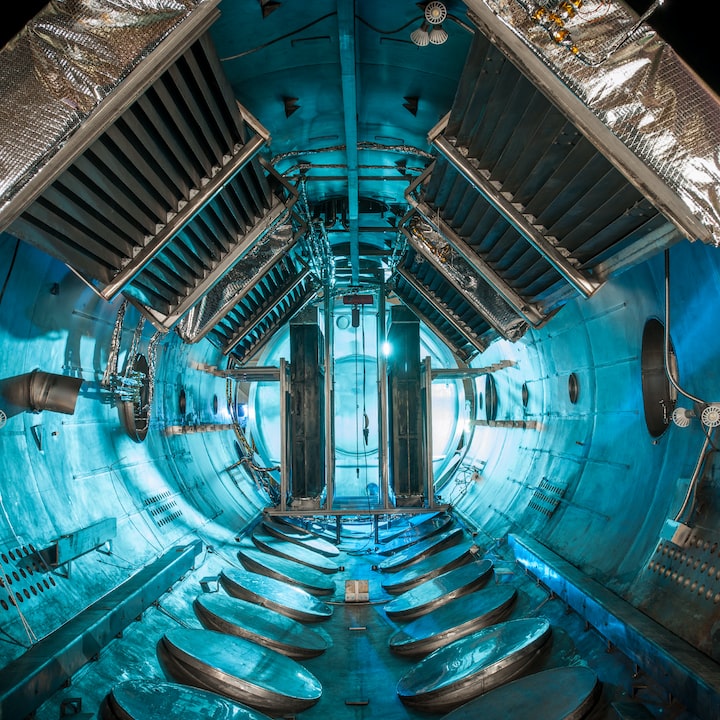 “I'm reading you a little off course Sal. High on the port side. Sending new trajectory info.”

“Not reading your thruster fire.”

… to state the obvious. Got a reason?”

“Thrusters aren't responding. There is no apparent reason. Problem must be mechanical, all connections and programs check as operational.”

One minute to collision.

Harry reached to a lever on the right side of his seat and pulled the tie holding it to its support. The lever sprang back, he gripped it firmly.”

“Sal, you want to give it one more shot?”

“Ejection failed. Problem must be mechanical, all connections and programs check as operational.”

“How can you have so many mechanical failures at once.”

Harry pulled the lever. There was a few seconds of silence.

“I don't see anything happening Harry.”

Ben checked the manifest. Thirty-one people on board, “What can we do Pal?”

“There must be something. Orbital Maneuvering Units?”

“They don't have the fuel to match velocity.”

“It will re-enter the atmosphere in about fifteen minutes. With the structural damage sustained, it will break apart and burn up.”

Bjorn Grey entered the conference room. Large video screens lined the walls. As he sat the end of the table near the door, the two screens on the opposite wall lit up.

He nodded toward the screen n his right, “Secretary Kalashnikov,” and to his left, “Deputy Santos. Good to see you both.”

“Not much yet, the science team is still trying to put together …”

“Head Grey,” Deputy Santos interrupted, her voice sounding more strained and urgent than usual, “You must understand the urgency of getting information out as soon as possible. Rumors and misinformation has already begun spreading.”

“I'm meeting with the science team as soon as I finish here, make the meeting public. Let everyone see for them ...”

“ARE YOU Out of your mind!?”, Deputy Santos nearly spat the words, her eyes widened. She stopped took a deep breath, used one hand on each side of her head to brush her long black hair back over her shoulders, “Forgive me Head Grey, but this preliminary meeting will be full of speculation and involve too much guess work. And yes I do realize its because you and your team have not had time to come to an informed conclusion. But we have to issue a press release immediately.”

“A shuttle collided with the west and south docking struts of Skyhook No. 3. An investigation has begun. Preliminary results will be available in two hours. Release that. In the meantime I invite you, Secretary Kalashnikov and your press teams to join my preliminary investigation meeting. You decide what you want to release and I can continue with the investigation. We'll start in fifteen minutes.”

Secretary Kalashnikov replied, “Can you make it half an hour. I can cut my next meeting short but can't reschedule.”

As Bjorn Grey left the room to walk back to his office, he asked his personal AI, “Did you get that Mal?”

“Send a note to everyone concerned.”

As he opened the door to his office Bjorn noticed a cubical package on his desk. About twenty centimetres on a side, wrapped in plain brown paper. He walked to his desk, turned the package around and flipped it over. No writing, no QR code, no label. He backed away and quickly stepped out of the room.

“Send the video to security and get them here as soon as possible.”

“We'll send the x-ray bot in first. See if we can get a look inside that parcel.”

The x-ray bot, nothing more than a cubical battery, 30 centimetres on a side, suspended between three wheeled legs, with two arms on top, rolled through the door to Bjorn's office. Mal picked up the feed from the office cameras and showed the scene on Bjorn's wrist screen. The bot placed one arm, containing the x-ray projector on one side of the parcel, and the other arm with a screen, on the opposite side.

After a few seconds the screen showed a picture of a cupcake with a candle stuck in it.

Bjorn suddenly started laughing nervously. He turned to the security team, a little red faced, “I sorry gentlemen, I believe this is a false alarm. Mal can you call my sister?”

“Agnetha, were you and Anni here a few minutes ago?”

The face of a young girl jumped into the screen, “Hi Uncle Bjorn, Happy Birthday! Did you get my cupcake?”, she asked excitedly.

Bjorn smiled as he answered, “Yes I did sweetie, thank you very much.”

“That's great sweetie, jump in the car. Give me a minute with Uncle Bjorn. Thought you might be busy Bjorn so we just left it on your desk.”

“Yeah, yeah I got it … ah next time can you write Happy Birthday on it though. An unmarked package in a plain brown paper wrapper, around here that can be a little ...”

“NoNo, no its fine.” Bjorn interrupted with a chuckle, “Whenever it turns out like this its a good laugh for all of us.”

“Its not a problem Agnetha, really. But you were right about me being busy right now. Ill talk to you later, and, see you this weekend?”

“You bet. Looking forward to it. Bye”

By now the x-ray bot had returned, and both security men, who had been holding their laughter, let it burst.

They both waved off Bjorn and continued laughing hysterically as they walked down the hall.

As Bjorn entered his office, Mal alerted him, “You have an urgent call from Maurice at Orbital Control.”

“Head Grey, I'm afraid we have another serious problem.”

“We you know how the skyhooks use a magnetic field to control their altitude.”

“Skyhook No. 2 engaged a few minutes ago, and the polarity was reversed. They're losing altitude instead of gaining.”

“WHAT! Then why don't they shut it down?”

“It won't shut down. Controls are not responding.”

“Just a minute Head Grey, I got an urgent message that won't wait.”

Maurice's head turned sideways on the screen, his face lost all colour, he swallowed hard.

“That can't be,” Bjorn nearly whispered, he cleared his throat, “What about No. 3?

“How long before the others enter the atmosphere?”

“Less than an hour.”

“Mal , send a note to Deputy Santos and Secretary Kalashnikov.”

The investigation meeting had been delayed, but finally started, two hours late. With many UN representatives attending.

“All four skyhooks encountered the same problem. When they tried to adjust their altitude, polarity was reversed and they lost altitude instead of gaining. They've all entered the atmosphere, broken apart, and burned up. Ten thousand people are dead.”

Murmurs of shock and disbelief went round the room and came from all the screens.

“Alright, alright let's stay calm,” Secretary Kalashnikov, “Now we all know, the only logical explanation for so many failures in such a short period of time is sabotage.”

“No one is questioning your security measure Chief Oreco. No matter how good the security effort, terrorists will always find a way.”

“Well ours was the first attacked!”, stated Member Chen, the Chinese representative, “And I've just learned many of our satellites have been hit with EM attacks. We have lost communication with nearly half already.”

“You seem rather eager to admit what must be a very classified bit of information.”

“What are you suggesting Member Smith?”

“YOU WILL NOT FINISH THAT STATEMENT. You will not make such baseless accusations. It is our satellites that are under attack.”

“HOLD ON, we must have order.”, Deputy Santos pounded her desk for attention, “Member Chen, have been able to determine where the attacks are coming from?”

“All have originated over an ocean, at least a thousand kilometres from the nearest continental land mass.”

“Perhaps it time for a little disclosure. Has anyone else suffered attacks? Member Smith.”

Smith glared into his camera, “I'll have to contact my government before I release such information.”

“Our next course of action must be to determine who has the capability of launching such attacks.,” stated Secretary Kalashnikov, “And then...”, suddenly his screen went blank.

“Simply knowing who's capable won't help. At least a dozen nations have the capability of launching these attacks,” said Member Wirth of Iceland, “And anyone of them can finance another nation or terrorist group. We'll need ...”

Several other screens went blank. And then a few more.

“It seems we'll need to do this the old fashioned way and meet in person. Kal, send out a message to all members, we'll meet in Geneva as soon as possible. Use emergency ground based communication lines.”

That night Bjorn was sitting in his backyard. He pulled his eyes away from his blank wrist screen and looked up at the stars. “Every single satellite,” he thought, “The guilty party took out their own to throw off suspicion, everyone will blame their favorite villain. This will lead to war for sure.”

OneStarRedDot sent a message to SquareSevenPi, “The humans have not detected us. As expected, infighting will distract them as we launch our next series of attacks.”

Currently living in Mississauga, Ontario, Canada with my son Mark and cat Sprite. Grew up in historic, picturesque Newfoundland with many, interesting, friendly people, inspiring adventures, songs, stories, and wonderous beauty of nature.

Receive stories by Ron Bennett in your feed
Ron Bennett
Read next: 7 Things That Don't Make Sense About Hoth