by Megan 11 months ago in space

Through my own research 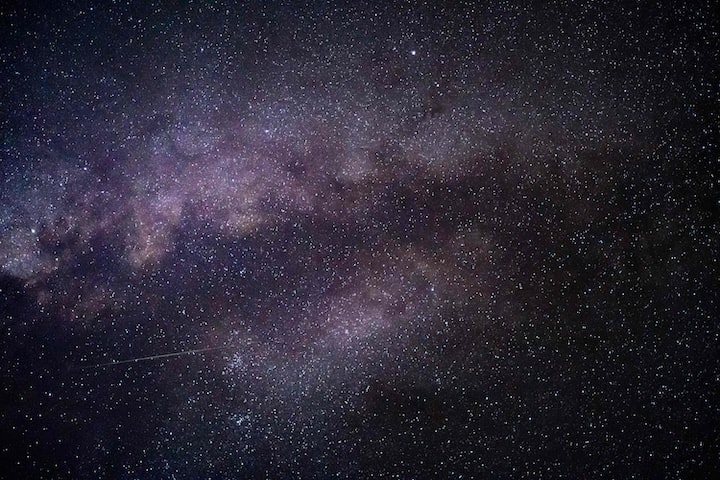 Photo by Ferdinand Stöhr on Unsplash

Astrophysics - a branch of astronomy concerned with the physical nature of stars and other celestial bodies. The application of the laws and the ones of physics to the interpretation of astronomical observations

There are three very broad scientific questions that get asked and broad answers.

Question one asks, “How does the Universe work?” This question has many different ideas and different answers depending on what side and what your stand is. This question also doesn’t only relate to how Earth works, but how the nature of black holes, dark energy and gravity works.

Question two asks, “ How did we get here?” Again very broad and has many answers based on our own thoughts and ideas. This question goes deep into exploring the origin and evolution of galaxies, stars and planets which formed to make up our universe.

Finally question three asks, “Are we alone?” Based on different evidence (either recent or from the past) there is the idea that we are not alone. It breaks down into the thought of different planets around other stars and seeing if they could harbor life on it.

Now these questions all have different answers based on your background and your own thoughts and ideas about our universe. That is the reason why when speaking about Astrophysics these questions eventually come up. Even though the questions are very broad and the answers are universal, it is something that is constantly being brought up upon research.

Going into the idea of Dark Energy and Dark Matter now, there is constant work that is being proven and different ideas on what they truly are and how it will or can affect us.

One of the first physicists to come to the conclusion that empty space is in fact not empty was Albert Einstein. According to Einstein’s Gravity Theory, which was discovered in 1915, it contains a cosmological constant and describes that Gravity is not forced but has a curvature in spacetime which creates an uneven disturbance within Mass. Because of this, the term “empty space” actually possesses its own form of energy that is a property of space itself not being diluted as space expands. Due to this, energy will not cause the universe to expand faster than it is expanding now.

However, there is the thought that Einstein's Gravity Theory could be incorrect. If it is the case then it would affect the expansion of the universe and the normal matter within clusters of galaxies. This idea of an empty space not being empty is called, “Quintessence.” Quintessence is an energy fluid and field that fills all space, but has an effect on the expansion of the universe if actually the opposite of matter and normal energy.

Now with the term Dark Matter, yes it is “dark” but not in the terms or form of stars or planets. It is not what it seems. Dark Matter has a high concentration of matter bonds which in technical terms is, “Baryons.” Baryons or Baryon Clouds absorb radiation that passes through. This radiation has a high concentration of matter bonds for when light passes near them from objects that are future away. Not only does Dark Matter have Baryons, it also has more complex particles such as Weakly Interacting Massive Particles, in shorter terms WIMP. WIMP are particles that interact only through gravity and through the weak nuclear force. Dark Matter is able to rule out large galaxy sized black holes on a basis of how many gravitational lenses we can see through.

We now are led into our next topic which is, “Black Holes.” Black Holes have a large amount of matter that is packed within a very small area. The gravitational field is strong enough where nothing (yes even light) can escape. Thinking back on Albert Einstein’s Theory of Relativity, which is when a massive star dies, it leaves a small and dense remnant core, it was actually a great prediction of how Black Holes are created within our galaxy and within other galaxies.

Within everything, there is always a center pit or a core to something (even to someone). With Black Holes, the core’s mass is about 3 times larger than the mass of the Sun and with that the force of gravity overwhelms all other forces within our Universe.

Not only does the Black Hole everything that was described above, it also forms electromagnetic radiation which emits gamma ray bursts where it can devour nearby stars spurring the growth of new ones. When a star passes through a Black Hole, it will eventually tear the star a part as it pulls it towards itself.

There is also the term of a Supermassive Black Hole which is a chain reaction of collisions of stars within compact star clusters which builds extremely massive stars. This star will then collapse to form intermediate Black Hole Masses.

To wrap up the idea of Black Holes here is a chart idea that I have created and will put it into terms to give you all an idea...

This chart is called, "Observed Mass Range of Compact Object on a scale of 1, 10, 100 all the way through 1,000,000." This chart thought is relative masses of super dense cosmic objects. Starting at the Mass Range 1 is White Dwarf Star (I'll speaking about the evolution of stars in an other article). After White Dwarf, the Neutron Star comes along in between the 1 and 10 object mass. Once it reaches a 10 the Stellar Black Hole is formed, increasing to Intermediate Mass Black Hole and then a Supermassive Black Hole. From there, the number of Mass increases along with more and large evolution of Cosmic objects.

This creates different thoughts and ideas that many question about our Universe. Next time, we will dive into the basic idea of The Big Bang and an in depth star evolution. We did speak a little of star in Black Holes, but the evolution of stars will create a better understanding of how a Black Hole can be formed.

*All research I have done is based off of NASA's PDF Files. This is how I work on understanding and I hope this helps to get a basic idea.*

My name is Megan. I am a professional dancer, but I have a big passion with research, writing from personal experiences, nutrition, fitness, astronomy and so much more.

See all posts by Megan →