by Christopher Royce about a year ago in star wars

A Very Confident Article Based Upon No Facts Whatsoever

These returning cast members will be joined by Keri Russell, Dominic Monaghan, Matt Smith, and Richard E. Grant, with Billy Dee Williams reprising his role as Lando Calrissian not seen on screen since 1983.

There have been numerous pieces written featuring rampant conjecture by entertainment industry analysts and nerd culture pundits predicting what roles these actors will play in Episode IX.

This article is one of those pieces.

While Finn and Poe are clearly at the core of the sequel trilogy’s new generation of heroes, if the series has a singular protagonist her name is Rey.

And while Rey has reunited with the rest of the Resistance at the end of Episode VIII, it should be noted that she basically has two friends: Finn and BB-8. What she could really use is a sister figure, someone to talk to, someone to ally with who isn’t a parental figure or a potential romantic interest.

This is where Russell comes in. Unlike Leia or Maz Kanata, she can be a bit more of a contemporary, and someone who can stand shoulder-to-shoulder with Rey in the next phase of her journey to becoming a Jedi Knight, a leader in the Resistance, or wherever the writers take her.

After her work on The Americans and Mission Impossible III, Russell has established her action bona fides well enough to believably wield a lightsaber or a blaster pistol alongside Rey and the other heroes, while still embodying a complex and emotionally compelling character.

For bonus fan service points, she could be the daughter of Enfys Nest (who would be around 60 years old by the time of Episodes VII and VIII, and could easily have raised up a badass daughter to succeed her.) 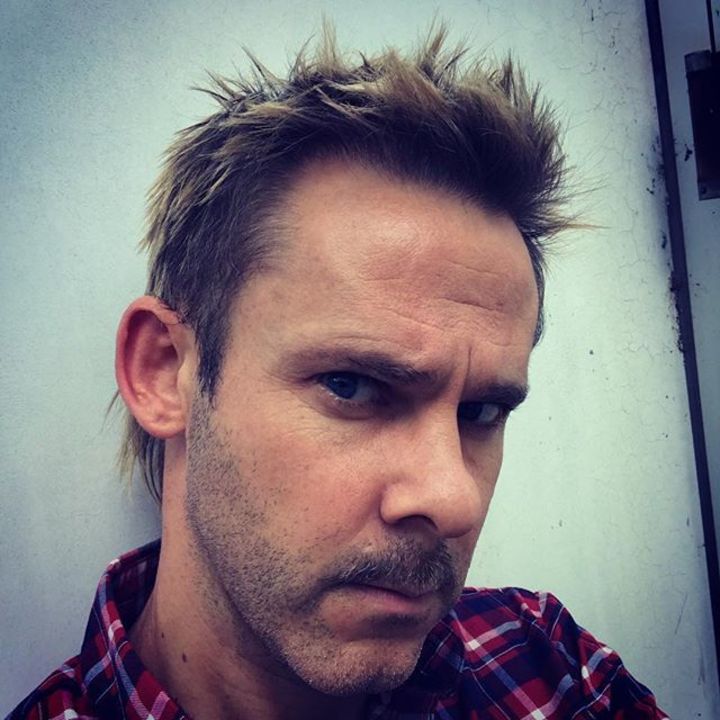 Monaghan is a versatile actor skilled at playing characters with multiple conflicting layers. The character he portrays will be a Special Agent of the First Order, mild-mannered and pleasant, with an easy charisma that belies his true lethality. Despite his relatively small stature, the Stormtroopers are clearly terrified of him, they’ve heard stories about what he’s really capable of. Similar to Chiwetel Ejiofor’s character The Operative in the film Serenity, he can be in the same moment both friendly and brutal.

What’s more, the character’s charming demeanor hides a deadly secret–one that will come to destroy him by the end of his story: he’s a glit-biter. In the Star Wars universe, a glit-biter is someone who uses the narco-spiceglitterstim, which provides the user with a sense of euphoria and other interesting side effects:

“Glitterstim is the most potent form of spice-the stuff most people get is cut and diluted so heavily that the most they get from using is a little euphoria. Glit-biters are taking the real thing and it seems, in some folks, to punch up their latent mental abilities. They can read minds, or so they think, and they assume any mind they can’t read is closed because the person is plotting against them.”

Dominic Monaghan is an ideal performer to play a character with both a secret vice and a restrained manner that could give way to lethal emotional outbursts. 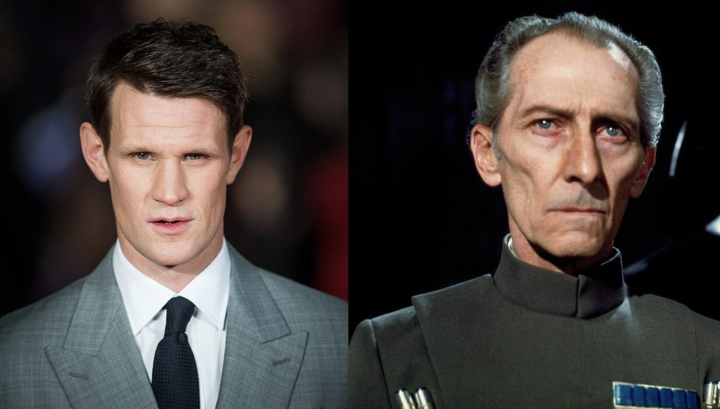 After the death of Snoke, it seems inevitable that a multitude high-ranking First Order officers would pop out of the woodwork to challenge the leadership of newly-minted Supreme Leader Kylo Ren. Totalitarian leaders often exile or subjugate those who could be their rivals, and like Emperor Palpatine before him Snoke definitely seemed like that type of ruler.

One such officer is the character played by Matt Smith; given his passing similarity to Peter Cushing we can only surmise that Smith will be playing the son of the legendary Grand Moff Tarkin, Greg.

Greg Tarkin had been sidelined for years when Snoke was in charge but is now on the loose—and has sworn to avenge his father’s murder. He is as shrewd, urbane, and merciless as his late father, and has who forged himself into a tempered blade of unstoppable vengeance.

He will confront our heroes in the second act of Episode IX—only to discover that Luke Skywalker is already dead. With his plans for revenge thwarted, Greg Tarkin decides to get some therapy instead and ends up becoming a painter on Dantooine. 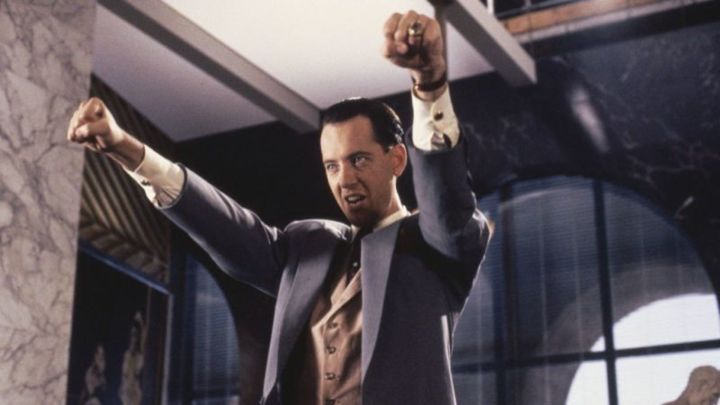 Grant will be reprising his character from Hudson Hawk, Darwin Mayflower, the erratic billionaire who attempted to crash the global economy using a machine invented by Leonardo da Vinci that purportedly turned lead into gold.

At the end of that story (spoiler alert for a 27-year-old movie) La Macchina dell'Oro was destroyed, and the resulting explosion launched Darwin Mayflower across space and time… landing him in the Unknown Regions of the Star Wars galaxy. There, he develops an obsession with kyber crystals—but not for their use in weapons, just because they look pretty.

Mayflower will be the joker in the deck of Episode IX—without alignment or loyalties—who will act as an antagonistic foil to any other character he happens to be in a room with. 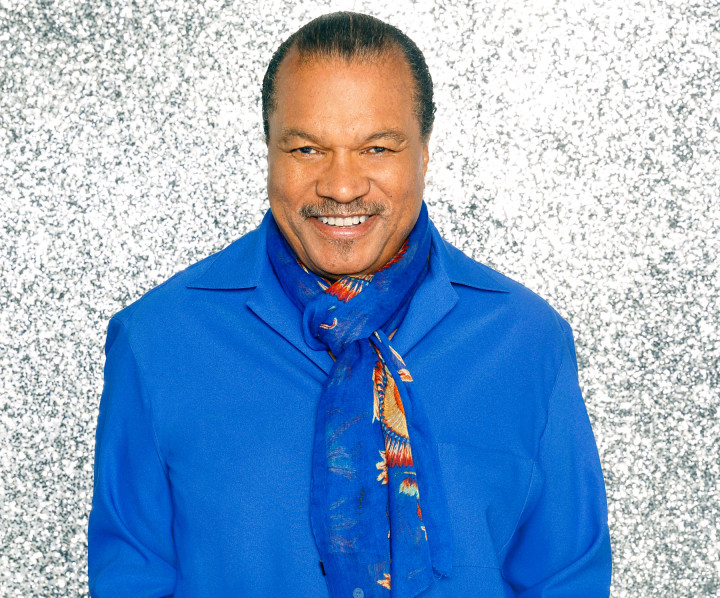 After watching Episodes VII and VIII, one of many questions on the minds of Star Wars fans was, where is Lando? He apparently wasn’t a part of the Republic or the Resistance, he wasn’t making deals with Han and Chewie… but perhaps we shouldn’t be so surprised by his absence, given the fact that most all the other heroes from the classic trilogy went their separate ways.

So, what has Lando been up to? Given that we learned in Solo that Lando’s costuming choices weren’t merely a function of his rank as Baron Administrator, but a way of life, the answer is clear. For the past three decades, Lando has been a haberdasher—the proprietor of Calrissian’s Cloud City Capeatorium. He’ll make you a stellar deal! 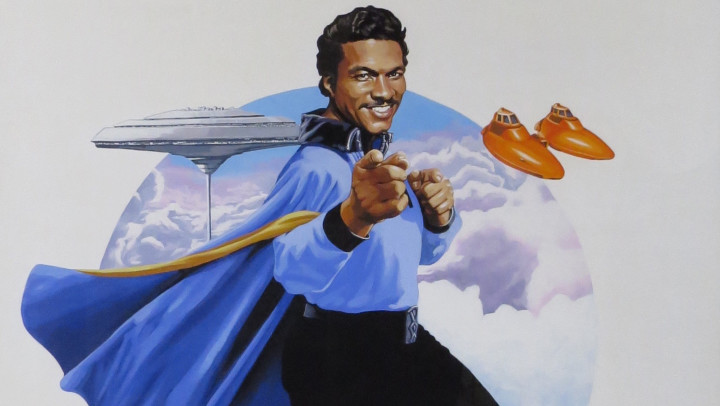