Astrology Might Be Right (But Not For The Reasons You Think)

by Hawk Stone about a year ago in astronomy
Report Story

A rational explanation for star signs 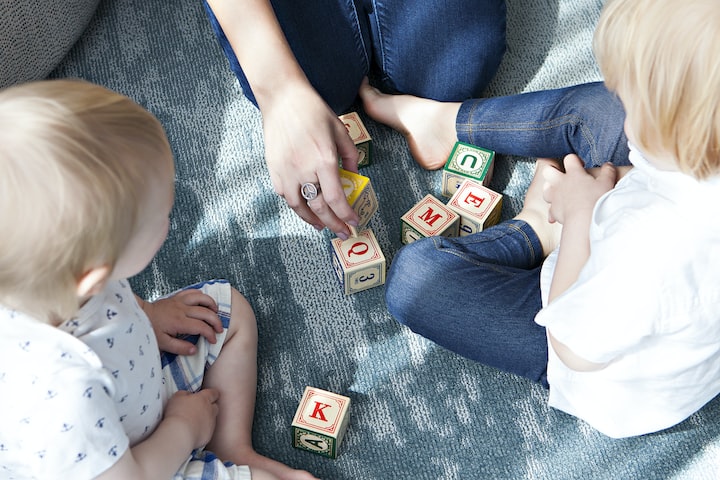 Photo by Marisa Howenstine on Unsplash

I’m a Virgo. I have been since I was born. (Although, there was that period of time about a year ago when they ‘discovered’ a new constellation and people started moving the Zodiac signs around – what was all that about?)

Now, I do have a theory about the efficacy of star signs as predictors of personality, and it just so happens that Virgo is the sign that best illustrates it. And I don’t just mean the Barnum effect, wherein a vague description is given that sounds hauntingly specific but could in fact apply to nearly anyone. No. A typical Virgo is:

A typical Virgo is also, in many educational systems in the world, often the oldest in the class.

I will let that sink in for a moment.

Consider this: star signs are based off of when in the year you were born. When in the year you were born also determines which class you enter when you begin school, with many countries in the Northern Hemisphere having the age cut off in August/September, coinciding with the beginning of the academic year. And which star sign covers the end of August and the beginning of September, making many of them among the oldest in their classes? Virgos.

Take a look at the list of Virgo traits again. And go back in your mind to your earliest school days.

Think about the oldest kid in your class. As an adult or even as a teenager, a few months in age doesn’t make much of a difference, but at 4 or 5 years old when you’re just beginning your academic career it represents a huge leap in development. Young children pick things up very quickly at that age, and are constantly learning and growing. Those few months make a big difference.

Therefore, it’s likely that the oldest children in your class – and I say this as someone who was the oldest in mine – came across as ‘smart kids’. This status didn’t necessarily require any special talent or ability on their part – the mere fact that they were older and had had more time to grow meant that they automatically came across that way. And that reputation, formed in the earliest days of the schoolyard, could shape their perception of themselves for years to come.

I like to think that I genuinely am pretty smart, but I can’t deny that I had an advantage over my early classmates. And once the authority figures in your life – your teachers, your parents – think of you as being especially bright or accomplished, it’s natural to want to keep that up and prove them right. So you work hard. You make sure that you can be relied upon so that you keep getting praise. You make sure everything you do is perfect.

Of course, you also buy into your own mythos. Of course you’re special and clever and right about everything, all the adults tell you so. So other people should listen to you, and do what you say, because you know what you’re doing - hello, stubborn and bossy!

Anecdotally, I can make this theory work for most people I meet, but of course that could just be confirmation bias. In general I find that Virgos who were among the oldest have more ‘Virgo traits’ than the handful who were the absolute youngest. Equally, the ones who would definitely be the youngest kids in the class – Leos – have all the typical traits you might expect from the ‘babies’ of the group – attention-seeking, sunny, confident drama lovers. Every Libra I know, the next step beyond Virgo, is extremely talented in a very laid-back and respectful way, benefiting from that same developmental head-start but without all the pressure and big-headedness.

But then again, it’s all very unscientific at the end of the day. Though I was the oldest in my class, I was the youngest at home. I’m a Cancer Moon and Ascendant. I watched a lot of vintage TV. I was born at home rather than at a hospital. There were 12 boys in my class, and 15 girls. There were any number of random details from my childhood that could (and probably did, in whatever small way) have had an effect on my personality and development.

I’m not a spiritual person, but I do find astronomy to be an interesting concept and a good way to help people to start thinking about themselves and their personalities and the ways they interact with the world. And who knows; if time isn’t linear and all time was created at the moment of the Big Bang, which created everything we see, who’s to say that there ISN’T a way to read the future in the stars?

General scribbler since 1996. Big fan of books, vintage TV, and other old-timey aesthetics (in both a grandma way and a cool 80s dad way). Office drone.

More stories from Hawk Stone and writers in Futurism and other communities.