Are The Lights About To Go Out

by Jason Ray Morton 2 months ago in space
Report Story

With such increased activity, could a solar storm fry the grid and leave us in the dark? 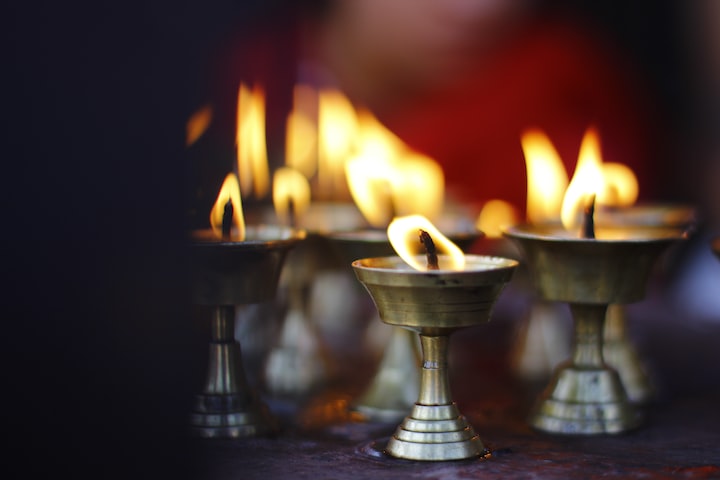 Photo by Mesh on Unsplash

The star at the center of our solar system is a dauntingly giant, red hot ball as it is. It’s been acting up more and more, as of late, as our sun approaches the end of its solar cycle. As the end of the Sun’s eleven-year cycle approaches it has been an especially intense time, with nearly daily reports of forming solar storms. It’s the emergence of sunspots, and the unprecedented growth of one, that have space weather experts going to red alert.

For those that don’t know the science of sunspots, sunspots are just like they sound, spots on the sun. They are planet-sized ‘spots’ that appear darker than the rest of the Sun’s surface. The discoloration appears because the area of the spot is cooler than the surrounding area on the surface of the Sun.

Typically, sunspots create a rise in solar flare activity. Solar flares are eruptions from the sun, filled with electromagnetic radiation that with enough power are capable of causing failures in the power grid and GPS disruptions.

Helionphysicist, C. Alex Young from Earthsky, reported that Sunspot AR3038 more than doubled in size in 24 hours. Over the next 48 hours, AR3038 continued to grow, reaching the size of three Earths as it continues to enlarge.

The rate of growth has been noticed by multiple agencies, including Tony Phillips at SpaceWeather.com.

“The fast-growing sunspot has doubled in size in only 24 hours.”

It’s Phillips and other members of the scientific community's belief that AR3038 has a magnetic field that’s primed to ‘blast’ M-class solar flares at the planet Earth.

During the week of June 13th, 2022 reports of the Sun having eight sunspots on the side facing the Earth emerged in the scientific community. Several of them have been rated as M-flare-sized players, and NOAA/SWPC (Space Weather Prediction Center) indicated there was a slight chance of an X-class flare.

The new spots have been labeled as solar regions 3031 thru 3038. Dr. Tamitha Skov from the SWPC suggests that there is a possibility of radio blackouts on Earth’s dayside, noise on the radio bands, and GPS disruptions in the early hours of the day and near dusk for the next week or so.

Measuring from X1 to as high as the highest recorded, X28, Class-X solar flares are the most dangerous of the flares. They’re the largest explosions in the solar system and awesome to see. Loops, tens of times the size of our planet, leap from the surface with the sun’s magnetic fields cross and reconnect. During the biggest events, the reconnection process is as powerful as a billion hydrogen bombs.

If they are aimed toward Earth when they erupt, the flares and the associated CMEs are capable of causing long-lasting radiation storms that can take down satellites, communications systems, and even technologies on the ground and power grids. Solar flares earlier this year caused radio disruptions and GPS disruptions from Japan to Russia. In early 2022 one solar storm took out over 40 satellites.

NASA and NOAA, as well as the Air Force and others, keep a constant eye on the sun to monitor for Class-X eruptions. As with any natural disaster, with enough warning, many satellites and spacecraft can be protected from the ravaging effects.

There is a benefit to such events. Solar flares are known to create visually stunning auroras that have in recorded instances reached as far south as California and into northern Mexico.

There's little else to share on the idea of sunspots and solar storms potentially causing problems. Worse case, a massive storm fries the grid and we all are a part of humanity being reset. What that image will look like, I can't even imagine. Best case, radios get staticky and planes' GPS is less reliable. There's always a good book to read by the light of a candle, and I remember people used to hunt, fish, and work with their neighbors to make sure everyone would be alright. Doesn't sound like a bad time to me.