by Marco Bonomo 2 years ago in space
Report Story

Will man never go to Mars? Technically it is possible, but no trip to the horizon 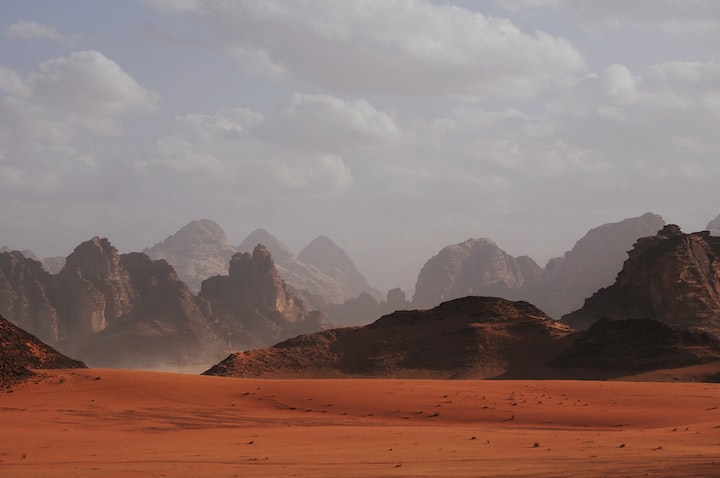 A new type of nuclear reactor, designed to power the outposts on the Moon and Mars, may be ready for its first test in space in a few years, the project team members said.

A flight test is the next big step for the experimental Kilopower fission reactor, which carried out a series of critical ground tests from November 2017 to March 2018. No off-Earth demonstrations are scheduled yet, but Kilopower should be ready. to leave by 2022, said Patrick McClure, project manager.

"I think we could do it in three years and be ready for the flight," said McClure late last month during a presentation with NASA's Future In-Space Operations team.

Nuclear power has powered spacecraft for decades. NASA's Voyager 1 and Voyager 2 probes, New Horizons spacecraft and the Curiosity rover, and many others, employ radioisotope (RTG) thermoelectric generators, which convert the heat emitted by the radioactive decay of plutonium-238 into electricity.

However, the power delivered by the RTGs is relatively low. The one used by Curiosity and the future NASA rover, the Mars 2020, generates about 110 watts of electricity. A manned outpost on Mars will have considerably higher energy needs than this: around 40 kilowatts of electricity constantly available.

After all, pioneers will need electricity to purify their water, generate oxygen from the Martian atmosphere dominated by carbon dioxide, charge their rovers, heat their habitats and much more.

Like nuclear power plants on Earth, the Kilopower fission reactor uses uranium 235 to generate heat which is transported to Stirling converters via passive sodium heat pipes. In tests concluded in March 2018, known as KRUSTY (Kilopower Reactor Using Stirling Technology), McClure stated that the reactor converted 30% of the fission heat to electricity (the rover engines convert approximately 7% of the available heat).

The Kilopower reactor is designed to generate at least 1 kilowatt of electricity (1 kWe). Its power is scalable to around 10 kWe and can run for around 15 years, the man said. Thus, four Kilopower reactors could meet the energy needs of NASA explorers.

Will the human being ever set foot on Mars? Experts believe that the technical challenges are almost resolved, but political considerations make the future of any manned mission uncertain. The idea is not new, and plans had been proposed for the conquest of the Red Planet even before the creation of NASA.

"I have seen perhaps 10,000 graphs proposing various ideas on how humans can reach Mars," Presse G. Scott Hubbard, Stanford professor and former senior NASA official told Agence France. "But it wasn't enough just to put a lot of money behind to make the dream come true."

During a seven-month journey to go to the Red Planet the body does not emerge unscathed, but the risks are considered acceptable. After that, there is to consider the stay on Mars itself, which would last 15 months to wait for the planets to find themselves aligned again. The surface temperature will be on average -63 degrees Celsius and, although radiation is a very important factor, there are suits and shelters that protect astronauts.

A major problem would be to protect habitats and vehicles from the ravages of fine dust covering the surface. These storms, which many times cover the whole planet, can block the Sun for months, making solar panels useless. Small nuclear reactors would therefore be needed. They exist: in 2018, NASA and the Department of Energy successfully completed a demonstration project, the Kilopower Project. Development is still in its infancy, which is why the Artemis mission to the moon is said to offer a test case for Mars.

Will man really go to the Red Planet? Or will this motto be used only for political propaganda? Only time will be able to tell us.

More stories from Marco Bonomo and writers in Futurism and other communities.