A Book That Takes Tou Into the Psychedelic Virtual World: ‘Vurt’ by Jeff Noon

A trip to a strange dreamscape and back 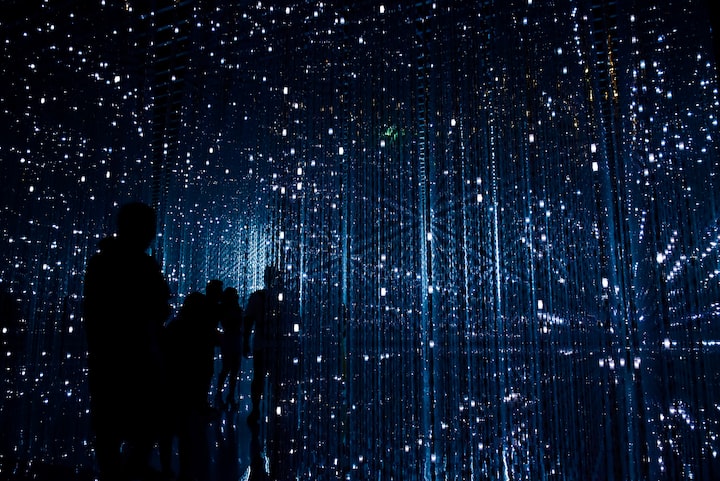 Photo by Robynne Hu on Unsplash

Modern science fiction has developed to such an extent that it’s now hard to find something astounding, something that makes you go “WOW!”. I’d like to say that the days of the great masters of outrage (such as Harlan Ellison or Norman Spinrad) are over, but that’s not entirely true. A striking example is 'Vurt' — a novel by the British writer Jeff Noon.

This novel is blatantly provoking both readers and critics. 'Vurt' is one of those books that cause opposite reactions: either unequivocally “awesome!” and “masterpiece!” or no less unequivocally “what was that weird crap?” As for me, I would place it somewhere in the middle, with a slight tilt to the positive side of the scale.

It all started in the bookstore. According to the official bio, Jeff Noon’s literary career had been going nowhere for five years. Noon worked as a salesman in a bookstore — just like the hero of Paul Di Filippo’s novel 'Fuzzy Dice,' who was also totally stuck in the writer’s block. But then an acquaintance asked Noon to write something because he was opening a publishing house and had nothing to publish. Nice plan to start your publishing business, isn’t it?

So Noon wrote. The result is something that some readers consider the incoherent ravings of a drug addict, and others consider a visionary psychedelic manifesto in the best traditions of Philip K. Dick and William Burroughs. In my opinion, Noon does not reach the philosophical depth of Dick and (thank God) does not delve as deeply into the abysses of human dark desires and instincts as Burroughs does. But any comparison inevitably leads you into the trap of simplification.

As I view it, Noon simply splashed out on the pages of the novel all the emotions and frustration that he accumulated in five years of a rather not too exciting life of a book salesman. But apart from emotions, there are plenty of original, unconventional ideas in the novel. The vurt is a strange hybrid of cyberspace and collective psychedelic delirium, and all of this somehow exists in the head of an elderly lady sleeping in the suburbs of Manchester. Music, which in its frequency causes mutations and changes the human genome, human-dog hybrids (by the way, I never understood: why dogs? Why not cats or apes?), telepaths, and shadow cyborg policemen… A dark and expressive kaleidoscope of ideas and solutions.

It gets you the feeling of The Matrix book adaptation as if it had been written by the Burroughs or maybe Jack Kerouac. The coloured feathers acting as initiators of transition to vurt are are quite worthy of the poetical genius of the great bard of the Beatnik generation.

The novel submerges you into the world of people who can no longer live without the strange, alluring universe of vurt. There are feathers, different colours: blue, pink, white; dangerous and safe, giving pleasure and pain, legal and illegal. You put a feather in your mouth, and that’s it; you go into vurt though no one really knows what vurt is or how exactly you dive into it. However, some entities do know, such as Game Cat (this is, of course, a clear homage to Lewis Carroll, whose influence Noon has acknowledged more than once). In the vurt, everything possible — you can have a great time, or you can die. Or simply get lost forever — instead of you, The Thing From Outer Space will return, a living drug, which has only one thing in common with humans: it also likes the pleasures of the vurt.

But to properly tell about a book of such complexity and talent, I would have to write an article the size of the book itself. The only way to feel it — is to read the book. Beware though — if you’re not sure you can come back from the vurt yourself, it’s better to pass it by…