5 Things You Need to Know About Climate Change

by Cosmic Peak 2 years ago in future

Human-induced climatic change is becoming more and more prevalent as the years go by. However, there is still a mashup of conflicting information and interests surrounding this sometimes controversial topic. Hopefully, I can pick through some of these issues and provide a clear list of the 5 most important pieces of climate-related knowledge.

1) The climate is warming and humanity is the primary cause.

This one is nice and straightforward. The jury is very much in on this one, it's settled, decided, and agreed. The planet is warming due to an increase in carbon dioxide which started at the begging of the industrial revolution.

The scientific community has amassed a huge quantity of evidence over the past couple of decades, which has resulted in a robust academic consensus. The planet's global average temperature has risen by at least 0.8 degrees Celsius since the beginning of the industrial revolution. This is primarily if not completely attributed to human activity, namely the burning of fossil fuels and the release of other greenhouse gasses. 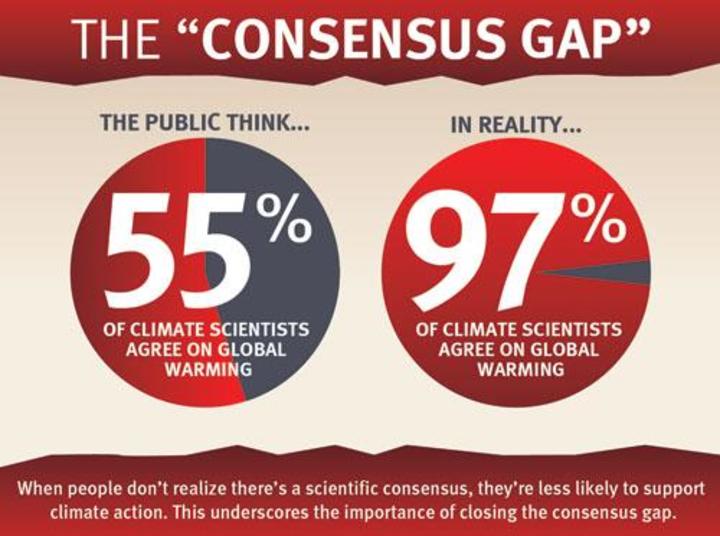 Image showing the consensus gap between reality and public opinion.

The US Academy of sciences: "The scientific understanding of climate change is now sufficiently clear to justify taking steps to reduce the amount of greenhouse gases in the atmosphere." (2005)

American Association for the Advancement of Science: "The scientific evidence is clear: global climate change caused by human activities is occurring now, and it is a growing threat to society." (2006)

It is also the position of the worlds oldest scientific academy, "the Royal Society" of the United Kingdom that climate change is indeed real and that it is: "one of the biggest, if not the biggest threat facing Human kind".

Its true, 16 out of the 17 hottest years on record have happened after the year of 2001. The warming that we are seeing at the moment is nothing compared to what's coming, things are going to get much worse before they get better.

The increase in temperature can have completely unpredictable consequences on food production, water availability, extreme weather and sea level rise. 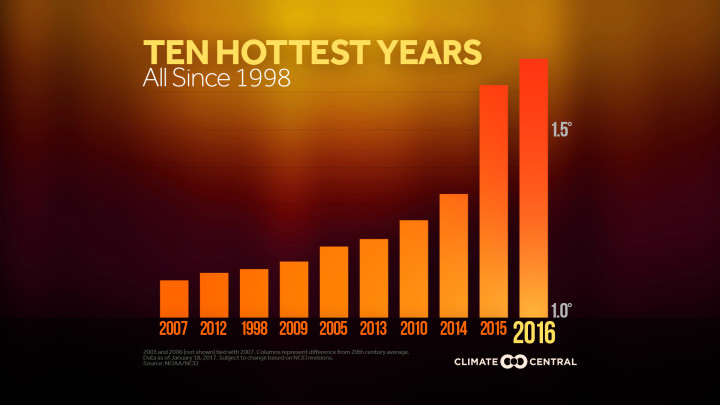 If these rates of temperature increase continue we will be venturing into unknown territory. The climate system is very interconnected and the added heat will disrupt every part of that system.

As the temperature increases the Arctic experiences a form of amplification. Things heat up in the Arctic quicker than any other part of the planet. This is due to many self-sustaining feedback loops. One such mechanism is where sea ice melts, exposing more dark blue ocean. The exposed ocean absorbs more heat from the sun than the white ice. This creates a heating spiral. The more ice melts, the hotter it gets, the hotter it gets the more ice melts.

If things go badly in the Arctic, it's not just the polar bear that would be worrying. The Arctic and Antarctic act as an air conditioning system for the planet, stopping global temperatures from rising too much.

If we were to reach a point where the arctic ocean in summer was ice-free, a so-called "Blue ocean event", This could speed up planetary heating and influence weather patterns. The Arctic already has a large influence over the weather of the northern hemisphere.

4) It's not just a problem for your grandchildren.

Climate change is not just gonna make life difficult for your children and grandchildren. It's here today and it's not planning on going anywhere. We are already seeing the climate reality rearing its ugly face. We only need to take a look at the disastrous events that have been increasing in duration and frequency over the past few years.

We are already seeing massive heat stress on our planets marine ecosystems, the great coral bleachings of 2015-16 showed us the effects of high ocean temperatures. Southern Europe was gripped by a heatwave in 2017 so extreme they dubbed it "Lucifer".

The 2017 Atlantic Hurricane season was the costliest ever and one of the most active. Hurricane Harvey unloaded the most rain ever recorded from a cyclone in US history. Hurricane Irma sustained winds above 185 miles per hour for 37 hours, this is the longest any cyclone has maintained such intensity. The strongest hurricane ever recorded, Hurricane "Patricia" formed in 2015, it had sustained wind speeds of 200 miles per hour.

These past few years have been awash with environmental turmoil. This year, 2018 has seen some extreme June-July weather. While I am writing this article the northern hemisphere and many other parts of the globe are experiencing an unprecedented heating event.

In just the aforementioned time period we have seen Africas hottest ever reliably recorded temperature of 50.1C, Oman also recorded the Highest Low temperature ever on the surface of the Earth. In the town of Quriyat, the temperature never went below 42.6C over a 24 hour period. Many other places around the globe have either been surpassing or matching their temperature records. Europe is suffering severely from a lack of rain and record-breaking heatwaves. Canada has suffered a deadly heat wave, along with the US, Siberia, Japan and Korea. This kind of heating event is quite unexpected.

My "green and pleasant land" has also been transformed over this summer into a dry and dead one.

United Kingdom, May to June Transformation 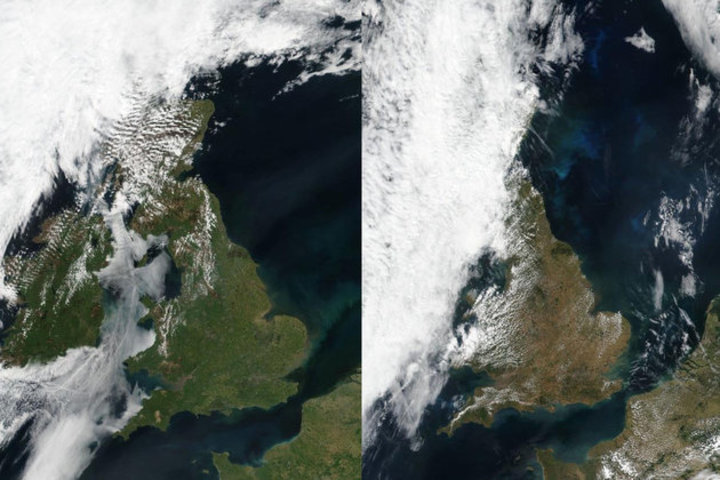 difference showing the lack of water and high temperatures.

Below is just a small few of the News articles and videos showing the global heating event we are experiencing in 2018:

5) Climate change is just one component in a machine of destruction.

Climate change is having and will continue to have an enormous effect on us and the planet if we do nothing it will inevitably lead to our downfall. However, it is just one of the conditions of humanities presence on earth.

We have a mountain of work ahead of us just to try and survive the climate reality, but to fix these issues too is a mammoth task. If we want a fighting chance before we activate devastating events such as the release of east Siberian methane, the global action we take must dwarf that of any previous generation.

Cosmic peak is dedicated to creating useful and educational content on science, technology, the environment and philosophy and ethics. We leave no rock unturned in our noble quest for knowledge and understanding.

See all posts by Cosmic Peak →