Wisdom And Fear of Death

by Meliha Avdic 5 months ago in family
Report Story 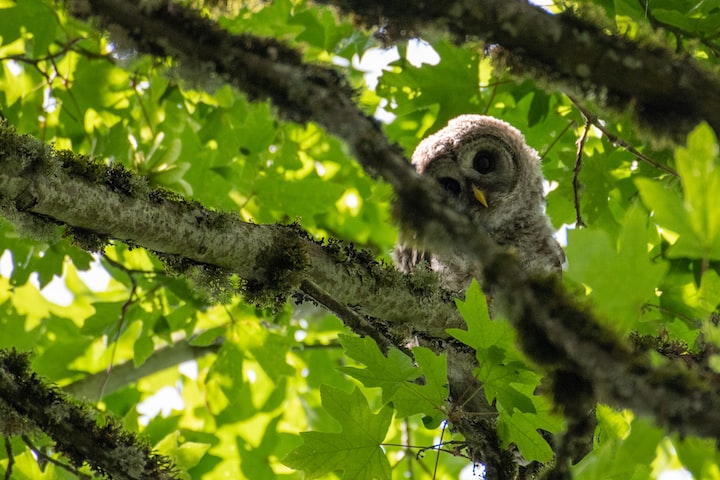 Photo by Steve Smith on Unsplash

The years of distance have changed the way I see my past. I can remember being scared; being young, alone, responsible for my little girl, angry, and rejected by my society. I recall the panic attacks, the prayers, the hopes, the sleepless nights, but it’s like watching a movie or seeing someone else go through it. They say ‘time heals all’, it’s not so much that it heals as it makes us a stranger to ourselves. We become our own audience wondering how and why is that person going through so much pain, and then we realize that we are the person. Call it evolution, some kind of inevitable change, call it growth, or call it time, the fact is, everything really does pass. Well, not everything. The mind has a strange way of retaining the good memories while it lets the bad ones fade away as if they were a lie or a dream. I wish I knew this when I was young.

Life in the city became unbearable from the moment Harris, my husband and the father of my child, was arrested for war crimes. No one cared if he was guilty or innocent. No one cared that I didn’t even know him until after the war. I went from being the best and most loved teacher to persona non grata overnight. But I would have endured it all forever, waiting for him to return if I thought there was any chance he would return. After the message, it was all lost.

I felt I had no other option but to move, to find a place where there is no hate for my daughter and myself. Wait, no… That’s only partly true. I was furious. I left the city knowing I would never return to the hellhole called ‘civilization’. I never wanted to meet another new person. I didn’t want to sacrifice or help anyone ever again. I never wanted to feel so horrible, so insulted, so hurt and disappointed. I wanted to get away from it all, live alone, educate my little girl and just see the rest of my days in some wilderness.

There was only one place where I could escape to – the house in the mountains. If humans hadn’t become so accustomed to various little things that made life easier and more comfortable, this place would be considered idyllic. However, when the nearest shop is more than an hour on foot over the hills, and there is no phone or internet, and the heating means setting some wood on fire, and there are all kinds of creatures about, in fact, this is their natural habitat so you can’t just call an exterminator, you have to find a way to live with them, this place isn’t all that great. Especially not for a twenty-five-year-old urban girl who took her four-year-old daughter in a moment of rage and fury, and left, just like that.

We were alone, Emina, my four-year-old daughter and I. She lost her father, and I lost my husband. It didn’t take long for the reality of my decision to push out the emotions behind that decision. I wasn’t brave. For a moment I thought I was being irrational, but when I thought about it, I honestly didn’t know what else I could do. My courage served me well once my mind cleared up. I took all the dangers into consideration, felt the fear of death upon me, and still decided to stay up here in the mountains.

The ugliest looking dog in the world helped. On our second day here, a dog just showed up. He came out of the woods, looking like he’d been in a fight with a pack of wolves, and just sat in front of our house. Emina fell in love with him the moment she saw him. I tried to talk her out of it, but the moment I said the dog was ugly, she looked at me like I said the worst insult in the world and said “I think she’s the most beautiful dog in the world. I think we should call her Belle.”

You have to pick your battles, and I was not going to even bother with that one. The look in Emina’s eyes was too much, so I just accepted the dog, even though I was terrified. It took me about a week to get used this creature.

The moment I made peace with the dog from hell who behaved like he wanted to redeem himself for whatever sin he had committed, Emina came into the house with a little bird in her hands.

“Mummy, mummy, look what I found,” she said, her eyes excited and sad at the same time.

I looked at her hands, white fluff flowing out of the bowl-like shape she had created with her palms. I made a similar bowl-like shape with my palms, place it around her hands so that she carefully releases the chick to me. Initially, I thought the white fluff was dead, but then I felt its sharp claws move ever so slightly. I wasn’t alarmed until I saw its beak. I thought it was a baby of an eagle. I didn’t know much but I knew eagles like to protect their young. I had nightmares of flocks of eagles attacking our house. Yes, I know, has anyone seen a flock of eagles? Well, I have because that’s what your mind will do to you when you let it.

The bird continued to live though it hardly moved. For the first couple of days, I thought we were just waiting for it to die while pretending that we can save it. Who would have guessed that our pretending to save it would work; the bird showed increasing signs of life rather than death. That was amazing.

I don’t know how or why, but once I noticed that it was an owlet, I thought it was some kind of a sign. Even though I knew nothing about owls, I decided that if the owl lives, we will be fine. In retrospect, that was stupid. How could I rest our future on an empty belief about a bird that had nothing to do with us?

Owls appear in literature, that’s what got my mind racing. I could see the Greek goddess holding the bird proudly, the bird that symbolized wisdom because even though it had sharp eye-sight, it also used its ears to see. I thought about that all the time. Stepping out of the conventional to become better seemed like a strange lesson to learn at the time, but I tried.

One evening, Emina and I were sitting outside, just in front of our door, I didn’t dare move much further or even close the door. As soon as the sun went down I had visions of some animal attacking us and I wanted to be sure we can just run in and close the door. Our little chick was sort of moving about in the shoebox we turned into a home for her. It wasn’t making any sounds, but I did hear howling from everywhere. Some nights it sounded like a plea to take care of their baby, other nights it sounded like a threat that they will come to get me no matter what I do.

That night Emina needed to go to the loo, so I took her in, leaving our chick in the box on the table. Belle followed us in, as usual, she never left Emina’s side for a moment. As we were returning to the outside, I heard noises, distressing noises, combined with clapping and screeching. In that split second, I had no time to think. I told Emina to sit on the sofa at the back of the room, a little relieved that the dog followed her. I rushed out. Another owl attacked our chick, but the owlet managed to curl itself into a corner, under a flop, so the owl couldn’t get to it. I screamed so loud, I frightened myself.

The owl paused for a moment and then it flew away. I grabbed the box, run back inside, slamming and locking the door behind me. I started shaking. Emina run towards me, stopping just a step away from me, locking her eyes on mine. I kneeled down. She showed no fear, just pride. Her big blue eyes seemed to shine brighter than usual. She was her father’s daughter.

Emina gave me so much to be proud of over the years, but that moment will remain with me forever. It might sound like I saved the chick, who saved us because I connected its survival to our survival, but it was Emina’s energy that just filled the space, wrapped me in comfort and a sense of security. It is strange when your child does that. It was like a reversal of roles.

That night we named the owlet: Mighty. Emina suggested we call her Might because she might live or she might die, even though we really want her to live. I suggested we add the y at the end so that I don’t change her idea, which sounded a little morbid to me, in fact, it made me cry, and that we give her power to survive because sometimes we all need a little help and encouragement.

Mighty went on to live with us even after Emina went to university. The bird became like one of the family with everyone researching it, and learning more about it, and then wanting to see it whenever they came up here. That’s how I learned a lot about owls and recognized that our owl is a barn owl. And, just like the bird, nothing ended my life abruptly. Somehow, it seems my fate really was connected to the fate of that bird.