Where Have All the Mambos Gone 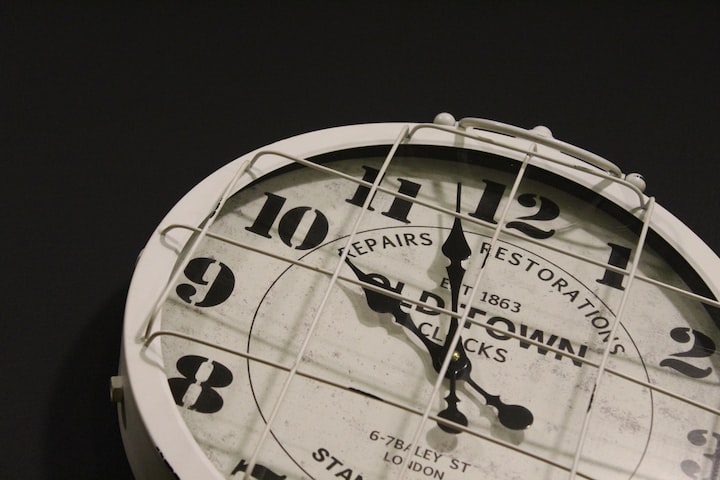 Photo by Zulfa Nazer on Unsplash

Zoe cursed as she turned off the song. No, no, no, it was all wrong.

She could find nothing on the Internet. Nothing. They were gone. They were all gone.

Lou Bega’s “Mambo No. 5” was the only remnant left. Zoe had tried and failed to find the other mambos, but there was nothing. They didn’t exist.

Not in this universe, at least.

It wasn’t supposed to be this way. She hadn’t meant to do it.

When she’d figured out time travel, it was supposed to be a triumphant moment. She’d cracked the code, solved the unsolvable problem. She’d done what no one else had ever done before.

She’d felt like Neil Armstrong taking the first steps on the Moon. After carefully selecting when to travel to, she activated the device on her wrist.

She was transported back in time. The device showed no errors, and she was cautious while walking around.

Except after she traveled forward again, she discovered a tick on her. She removed it, more worried about Lyme disease than anything else. It wasn’t until a couple days later that she noticed it.

She saw someone Tweet a meme—whatever happened to Mambos 1-4? Zoe stared at her phone, confused.

She thought everyone knew that Lou Bega’s song sampled and was named after an instrumental by Pérez Prado. Prado had written a series of mambos, numbered one through eight. It seemed the people spreading this meme didn’t know that, even though she could have sworn this was common knowledge.

She searched online for Prado’s mambos, hoping to find some people who were aware of their musical history.

But she couldn’t find anything, not a single mention of them. Prado had written many different songs, but none of his mambos could be found. It was as if they’d never existed.

But there was nothing.

In interviews Bega said the tune had just come to him. Everyone else in the world seemed to agree. No one mentioned the original version. There was no years-long legal battle between his producers and Prado’s estate. The original had never existed, except somehow its beat was still intact within Bega’s cover.

The original “Mambo No. 5” was gone, and so were all the other mambos in the series. How was this possible?

That was when Zoe remembered the tick.

She had never thought something so insignificant as a tiny, blood-sucking arachnid would alter the timeline. How had this one tick influenced time? What had its removal changed it?

What other things had been written out of existence?

The changes she found at first were subtle—it was spelled Berenstain Bears now, not Berenstein—but it was hard to search when she didn’t know where to look. What bothered her the most was the existence of Bega’s “Mambo No. 5.” Without the original, how had the cover been written? How could it exist without the others?

Zoe searched and searched for an answer, barely sleeping, barely eating. She performed maintenance on the time travel device in case she needed to go back and set things right, but without the tick she didn’t know how she would do that.

Then she noticed something off. The device was leaking tachyon particles. After several experiments, attempting to find out what was wrong, she realized what had happened.

She hadn’t changed the timeline by removing the tick. She’d created a new branch in the multiverse, a new reality, breaking off from her own timeline. But her attempt at going back to the future caused a malfunction. She had been in a separate timeline trying to reach another. In a massive error, the device compromised.

It fused the two universes. Parts of each existed within one reality, but other parts were missing. Bega’s cover still existed while Prado’s original did not. And that was the good news.

There were worse things fused together in this amalgam. Some of the carbon in the atmosphere from one universe had been added to the other, increasing the amount in the combined universe. Climate change was speeding along faster than before. They had passed the point of no return and there was no stopping it. Also, the Cold War had turned hot in one universe, with nuclear fallout covering the world. That fallout was now being stumbled across in this new universe, leaving scientists baffled as radiation poisoning spread across the globe.

At least Hitler had become a painter rather than a dictator. That was something.

But Zoe couldn’t leave these two universes fused. They would destroy each other.

Zoe tried and tried and tried. Every time she returned, she would seek out the one thing she knew would signal if it had worked. She would search for the original mambo, hoping each time to hear it intact.

She went back, putting a new tick of the same species in the same spot where she’d left.

She’d wiped the other mambos out of existence.