What The Barn Knows

by Marie Hepfer 10 months ago in Love
Report Story

My last visit to the barn I practically grew up in 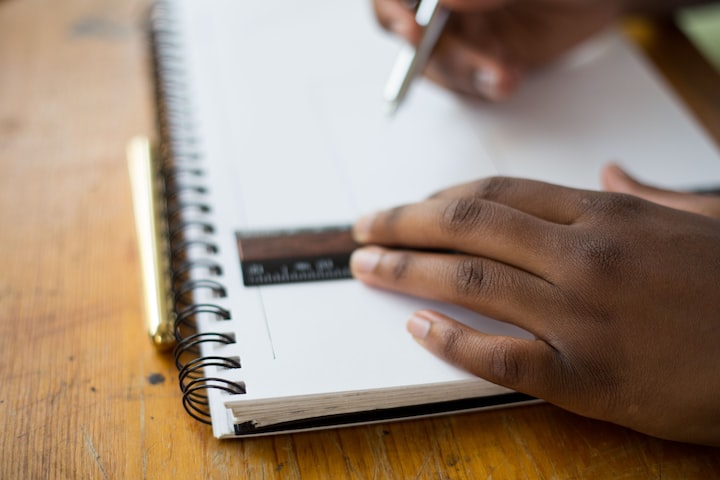 Photo by Tamarcus Brown on Unsplash

“I don’t know if I’ll ever be back to this old barn,” I thought to myself. Josh and I had practically grown up together in it. Today he was marrying Natalie in the barn. She didn’t much like me, which was fine because I didn’t much like her.

The old barn was dressed up for the wedding. A nice new coat of paint covered up the rocket ships Josh and I had drawn in the back corner. I had moved to this small town when I was 10. We’d become fast friends and spent the entire summer planning our great escape to the stars. The barn was in the back of Josh’s parents property. We ran around it planning trips to Pluto, and hoping we’d have alien encounters. Our adventures were charted on the wall in the back corner. We’d drawn a map detailing our daring escapades and near death experiences. It had been covered up to prepare the barn for this big day.

Looking up I noticed twinkle lights had been hauled out of the attic and strung through the rafters. I smiled remembering hanging those lights for Christmas. Our snowball fights had always made the work take twice as long. We’d have hot chocolate afterwards by his parents wood burning stove. One of those snowy nights we’d wandered out to the barn after the lights were hung. He had leaned over and kissed me. I kissed him right back.

Rows of chairs were filled with guests from all over Michigan and Wisconsin. They’d invited close to 300 people. It was standing room only in the back. For the first time, the barn felt small.

The music started. Josh started walking down the aisle, accompanied by his parents. I sat and thought of the jazz music we’d play together out here practicing for jazz band. We’d been stand partners, playing trumpet together. We were constantly challenging each other for 3rd position. He’d win, then I’d sit fourth. I’d practice for a month and beat him, then he’d sit fourth. Neither of us could beat Sarah for second position.

Josh stood, watching our friends file in to stand by his side as he got married. He shifted from foot to foot. He was nervous, and I hoped happy. We stood as Natalie came down the aisle. She was his North Star, guiding him back to our hometown.

The vows started. I wondered if Josh remembered the promises we had made to each other in the barn. We were getting out of this town. We were taking the rocket ships straight to the lights of the big cities. The barn certainly remembered.

The summer after college we packed my car and road tripped to San Francisco. I got a job at a fancy tech company. My ticket on the rocket ship was finalized. My big adventure was starting. We’d spent two weeks meandering through the US, sleeping under the stars. We were kept up by coyotes in South Dakota. We explored caves in Utah. I shared my hopes for a new start, a new life. We talked about all the things we’d do that were so much bigger than our hometown.

Our romance didn’t last long. The distance was too far. It wasn’t too far for friendship, however, and we continued to talk on weekends.

The following summer I came home to move Josh to LA. We laid out boxes in the barn. He’d found a fancy tech job on the beach, trading snowy Christmases for sun and sand. Just before we were about to leave, his grandfather died. We set out on another great American adventure, listening to his grandfathers favorite jazz albums.

We had done it, I thought. We got out. And yet I’m sitting here after he moved back, watching him marry Natalie.

I wondered why LA didn’t last long. He told me the people were too fake. He had a hard time making friends. He certainly worked hard, but it wasn’t for him. Next thing I knew he was moving back to our hometown. He could work from anywhere, he said. Our hometown was cheap. It was a great place to be for awhile while he decided what to do next.

I visited less when he moved back. We chatted less. Just the occasional phone call. Simple pleasantries and life updates.

“You may now kiss the bride,” in the matter of minutes it was final. He was staying in our hometown for the foreseeable future. Beaming, they turned to face everyone. He walked down the aisle towards his new life.

I watched them go then watched everyone else file out of the old barn. I went over to the corner where our map to the stars used to be, hoping to find some tiny line that remained. There was nothing left of our map to the stars. Just crisp white paint.

I worked in startups, building the future. First at a music company, then at a gaming company. It was always moonshot projects. Crazy ideas that just might work and could be the next big thing. Two year projects that burned bright then fizzled out. I loved working on these tiny teams, chasing the stars.

Josh went into consulting. Helping big companies do what they do better. He was smart, reliable, friendly. Exactly the kind of person you want to show up and make your life easier.

I helped put up tables and prep the barn for the reception. I thought about the last time I had been here. It was Christmas last year and I needed some space away from family. Josh and I met up at the barn and laughed for awhile. He told me he had someone he wanted me to meet. We went for pizza the next night. Natalie arrived late. The swim team she coached had a meet that ran long. She wasn’t feeling well. The pizza was just ok. Natalie teased Josh a bit, then left early. Josh apologized for her, she was going through a rough patch. I smiled and asked if he was happy. He told me he was.

The guests all sat down to dinner. They had splurged on food ordering salmon for everyone. It was Natalie’s favorite. Josh grilled salmon when they had me over about a year ago. It was just before the proposal. Natalie was upset he got the wrong salmon. Before dinner, I found one of Josh’s grandfathers jazz records to put on. It didn’t matter which one, they were all incredible. Natalie got mad. She didn’t like jazz. Josh told me she didn’t let him play his grandfathers records. The record was swapped for classic rock.

It was time for the toasts. Family got up and congratulated them. I wondered if Josh was thinking about his proposal. He’d taken Natalie to the barn, strung the Christmas lights and threw rose petals on the floor. They had a picnic with tiny champagne bottles.

Josh called me a few weeks afterward to tell me. He wanted a family, he had told me. He wanted to settle down, buy property, have kids. It didn’t add up. Those years of running around, desperate to leave and yet he was back.

They started their first dance. Sweet lyrics of promises made to each other filled the air. They had promised to love and support each other for the rest of their lives. I couldn’t help but wonder, does she know what the barn knows?

Does the barn know things I don’t?

As dancing got underway, I went to the back corner of the barn. I pulled out a pen from my purse and drew a few stars on the wall. It was a map for Josh, in case he ever felt lost in his new life.

Dancing continued late into the evening. We lit sparklers to send Josh and Natalie off into their new life. I watched the lights burn bright and fizzle out. Then I went home.

The next day I had a flight back to San Francisco in the afternoon. I went to visit the barn one last time before leaving town. I wandered in. The Christmas lights were still in the rafters. Most of the party had been cleaned up. I wandered to the back corner to check on my map. A rocket had been added. I smiled, and looked closer. On top of it were two large people with two children, on their way to the stars.