by Waters Dragonfriend 4 months ago in Young Adult
Report Story 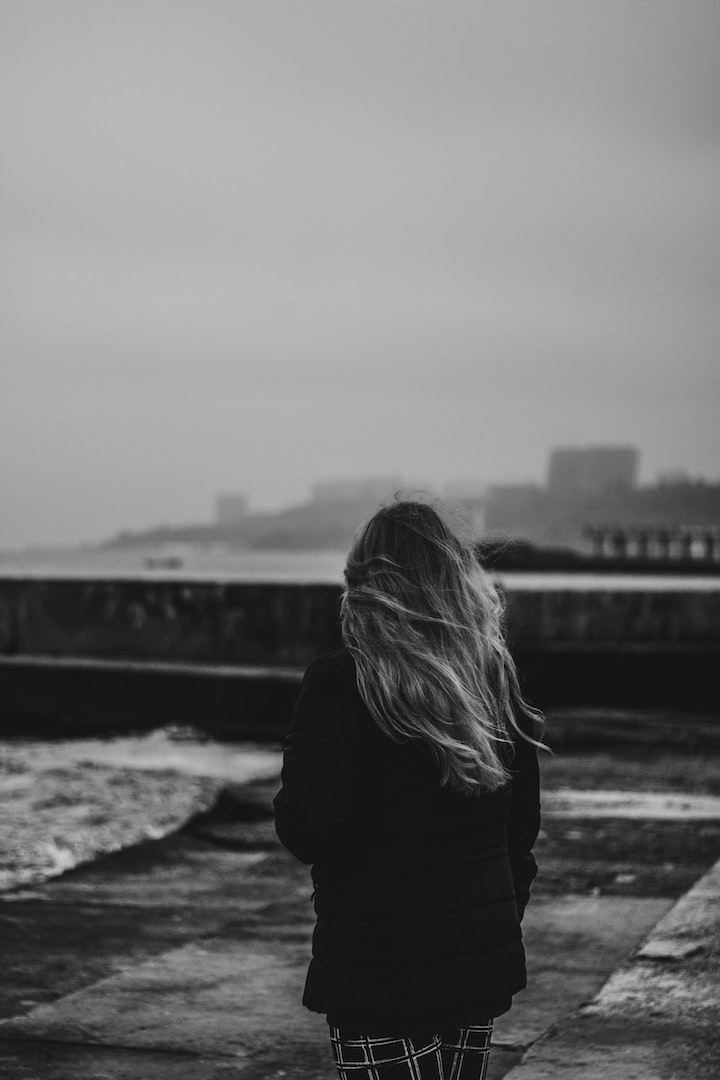 Photo by Edward Kucherenko on Unsplash

I struggled; it was a futile gesture, but I really tried. I couldn’t get any air into my lungs, and I felt myself getting weaker by the second. My vision started going dark and spots floated in front of me before the woman finally spoke up.

“I want her awake you idiot, let her go” The ground moved up to meet me as the air came flooding back. I felt every atom of air and drop of blood surging through my body before I collapsed, convulsing, to my knees.

As the woman with her too-perfect blonde hair leaned down to grab my tangled mane, I felt a surge of strength. Gripping her wrist tight, I spun my leg and somehow twisted my body, so the woman fell face down on the pavement, arm bent at an unnatural angle.

“You can't have me” I screamed, slamming that smug perfect face into the ground. Hearing a noise, I turned my attention to the two men. The big guy lunged with both arms; it was easy to sidestep him and bring my knee up to his stomach, he ran right into it. I didn’t see him go down but I heard it just as I saw a flash of something in Slime-balls hand.

A whip? Who the hell walks around with one of those? Keeping an eye on the thin leather I rushed the guy, ducking under his arm and dropping my weight to the ground and pulling as hard as I could. I heard him wheezing as the air left his lungs as he hit the pavement. With one out cold and the other winded the big guy decide to rush me again, trying to catch me while I was still down. My muscles had a will of their own. I grabbed his shoulders and rolled over with him, bringing my foot up at the last second to kick him under the ribs, propelling him backwards over my head. Sadly, in the chaos, I didn’t see the police officer coming around the corner. The big guy was already in the air and there was nothing I could do to stop him from landing on the officer on his way down.

The stranger grinned, “I told you you’d be saved” he whispered as he moved deeper into the alley, unseen by anyone else.

“How does she live like this, it's cold, it's filthy, why did she choose this over her home?” He started tossing the blankets aside, upending the girl's makeshift tables, making the place seem as unlived as possible, searching.

“C’mon, Where’s her hiding spot? They always have a stash…Bingo!” He felt the board shift under his weight.

Crouching, he smashed the board with his fist. The Grimoire and nicer clothes he put into his backpack along with a battered copy of a children's story, with which he was exceptionally careful, judging by the tear stains he could tell it was important to her. The comb, coins, mirror, and some old clothes he threw into the knapsack to be ditched later. Then he set about systematically ensuring every physical trace of her was removed. He left the makeshift door open, hoping that someone else would move in and change the scent before someone else caught it.

“You can’t keep me here; I haven’t done anything wrong! There were 3 of them and all I did was defend myself”

“I thought you said there were four people in the alley?” the policeman asking the questions clearly didn’t believe a word I was saying. If anything, he seemed like he expected lying to be the normal course of events.

“There were, but the fourth one, the guy with the beard, he wasn’t involved. He stole my bag earlier and must’ve followed me or something. He watched and then vanished before you saw him”

“Right…” I could hear the laughter in their voices “vanishing people who steal from homeless girls and then follow them, what next? Little green men?” the fat one didn’t even try to hold the laughter back anymore.

“Actually, they are purple and female. Little green men are a deliberate misrepresentation cooked up by a patriarchal media” Internally I cringed; I knew sarcasm wouldn’t help but I just didn’t care. They were incredibly dumb, and it wouldn’t be long before someone found out…

“You know, I think you’ve run away from an institution, you’ve run away and been stealing from the good people of this city ever since. It was your drug-induced hallucinations that you were fighting back in that alley…” there was a knock at the door, interrupting his tirade

“Saved by the bell” I was trying my best to look tough, to sound like I was bored. Anything to stop them from thinking about how young I looked, and where I was from. Inside my heart was racing with fear that they’d worked it out.

The newcomer was a lady, hair tied back in a no-nonsense bun, she told the other two the captain wanted to see them immediately.

“Do you need a drink hon?” she sounded sweet enough. What an act.

“I need to leave, let me go”. It was getting hard to breathe through the pounding in my chest

“We can’t do that; I think you know why”

“You can’t make me stay, I won't STAY!” I was starting to get worked up, I could feel my blood running in my veins and I wasn’t sure I could keep it together much longer.

“Calm down, there’s been a search out for you for quite some time now. People are worried about you, they think...”

“I don’t care what they think! I WILL NOT GO BACK!” In my head, all I could see were four walls and iron bars closing in, the voices, the laughter, the eyes watching every move, I could feel myself choking on the lump in my throat.

“NOOOOOO” Screaming, I lost it. I was vaguely aware of the police officers running in. I knew they weren’t to blame. Not really. They were doing what they thought was right but they didn’t know, couldn’t know, how terrified I was of being sent back. I was lost in anger and before I knew it I’d smashed a chair against the wall and was using the broken leg of it as a club against the cops. Somehow, I knocked out two before they got me on the floor. I’ve never fought before today. Sobbing I felt a needle slide under my skin, "You can’t send me back there, please don’t make me go, please don’t” As the darkness descended, I whispered a prayer for a saviour.