Waiting for the Sun

by Jennifer M. Ward 2 months ago in Short Story / Love / Excerpt · updated about a month ago
Report Story

An excerpt from a short story 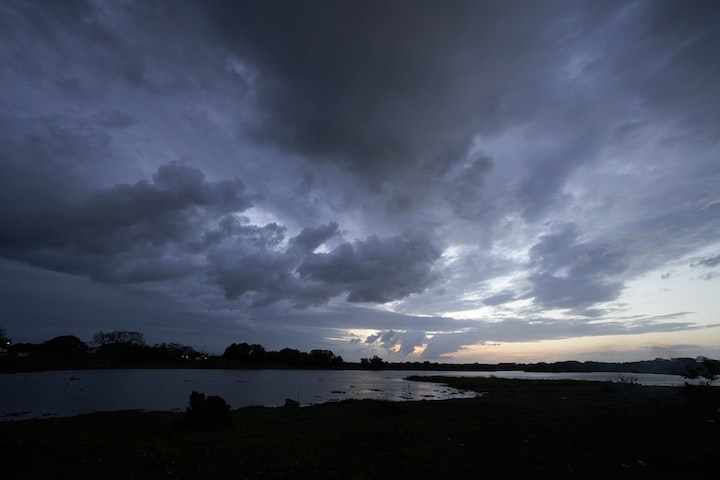 Jack doesn’t love me anymore. I’m not saying this simply because he stopped saying it. There are other ways to tell. Like the way he creates distance between us. He calls me now and then, but we never see each other more than once a week. That might not bother some people, but it infuriates me. Other times, I’m consumed with sadness. When I was sick five months ago, he sent me a box of chocolate-covered Oreos wrapped in red ribbon, but he never came to see me. Is that love? In the beginning, he played the song “Perfect” by Ed Sheeran while we sat in his parked car. He used to grin a lot and say things like, “We finally found each other,” and “You really are the perfect girl.”

Aside from the question of him not loving me, there’s the matter of trust and control. His need for power leaves me completely drained. Everything is on his terms—when we see each other, how often, and for how long. He never stays at my place, even though he knows I hate being alone at night. In the space between us, it always feels like he is watching me—from a distance. He knows everything about how I spend my days and whom I talk to before I get to tell him. I don’t know how he knows, and I don’t think I ever will.

Jack worked as a detective for over 20 years. A New York City officer who has seen it all. He’s good at sizing people up and skeptical of the whole world. He notices everyone and everything, yet it seems he often goes undetected. His eyes—black as night—are filled with suspicion and sometimes seem empty. They conjure thoughts of a predator—the cold stare of a leopard, watching and waiting intently in a bush. As long as we’re together, I know I will never have privacy. Sometimes it seems he doesn’t love me, and perhaps he never did. Maybe he can’t. Maybe love is too difficult for a lone wolf trained to be ever on guard.

Some days I wish he would either tell me what he really thinks of me or walk away. On other days, I’m overjoyed to have him around—not to be alone. He dazzles me with daring adventures, taking me to places I’ve never been.

Like the time he stopped by my home unannounced and told me to pack my bags for a weekend in the Catskills. Before I could blink, we were headed toward Hunter Mountain. Another time, when we were in New Hampshire during summer vacation, he surprised me by bringing me to Mount Washington. He knew I would be scared since I am terrified of heights. As we ascended the mountain, each sharp turn was shrouded in mystery. The sky grew unpleasantly dark, and my chest tightened. The car rocked in the wind—thousands of feet in the air. “I’m scared,” I said, gripping the leather seat with my white-knuckled hands. Jack looked right at me and laughed the whole time. I wasn’t sure if my fear amused him or not, but his laughter seemed cruel. There were many unplanned trips over the years, too many to name. That was what drew me to him in the first place—the strange illusion of novelty he creates.

But nothing with us is ever new.

When I close my eyes, I see the shape of us—a circle—engraved in my mind. It makes my brain swell with pressure, the effects of a dysfunctional relationship. We have fallen into patterns of reckless routines—like playing poker until we lose our last dollar on Saturday nights. We never know when to walk away. And it’s always too late. This is how it goes until I become fed up and ask him what we’re doing here other than wasting time.

“We have issues that will never be resolved,” he replied as he changed the radio station during a drive. “There’s nothing left to talk about.”

Hey there friends and fellow writers! Thank you for reading! If you enjoyed this short story excerpt, please let me know by sending a like or comment below. I would love to hear your thoughts! You can also subscribe to future articles and stories by following me here on Vocal Media, visiting my website www.jennifermarieward.com, and subscribing to my blog, Sunday Morning Stories.

Thank you again for your support! :)

More stories from Jennifer M. Ward and writers in Fiction and other communities.