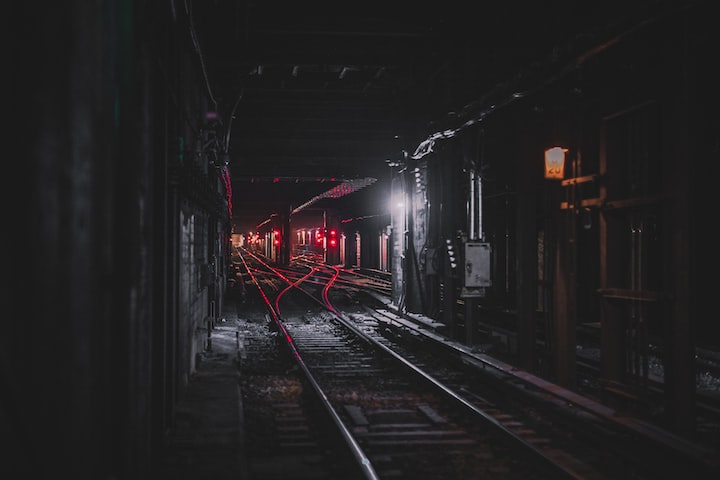 Photo by Andre Benz on Unsplash

The lights were still on, while some flickered and buzzed, they all reflected off the the locket he almost always held onto while worried. These days, that was most of the time. he hadn’t actually encountered any danger, really, but had always knew it was there. He caught glimpses of it, like a tree shadow moving gently in the breeze caught on the fringes of his sight. It was always there, hanging heavily on the air, he could taste it when he breathed, but was something he couldn’t get accustomed to.

The world had turned so quickly into something unrecognizable, that no one could have possibly even imagined it. Some people reacted quickly and assertively, and took themselves out of the equation. Some of those, took their loved ones with them. Some wanted to cause as much damage as they could on their way out and went on killing sprees in one form or another, but the results were the same. Others took control in more and more ruthless ways, with imaginative tortures and depravities that even the most creative Hollywood horror movie writer would have been shocked by.

It was the climate.

At least, it was the climate that had started it all. Mother Earth had had enough with our maltreatment and neglect. She had lost all patience with humanities ignorance, especially considering we had seen the signs for years, decades, and had done so little, we had left it up to her to do something.

Everything started getting hotter. Just in small increments, but enough. Then came the disease. Just minor sicknesses, this wasn’t some zombie apocalypse, that’s just science fiction or whatever. This was the flu, or some facsimile of it. Just enough to put some people off for a while, but stormed over the weaker like a tidal wave. The bodies of the dead were so many, that the government, when it still existed, couldn’t deal with them in our old and traditional ways, and had resorted to unceremoniously burning them in mass amounts. At first there were memorial walls and statues and the like put up around there burning sites, but that too was left behind eventually.

Then came the insects. Not in some biblical gods vengeance way. Just more insects than normal. They were an irritant. Even drove some people mad. After the insects came the wildlife. We had been encroaching on their land and homes for so long, and carelessly slaughtering them as they walked through our townhouse complexes or parking garages or whatever, which was once their home, hunting ground. They came back when we were weakened and unready. They came back in force, and made it their hunting grounds again.

There were tales of teams of raccoons killing men. There was a tale of a buck that had a adult human impaled on its impressive rack of antlers, that was seen over the years with this unfortunate soul still attached, even as a skeleton.

Now he walked along the tracks, alert and aware, but pondered these things, as of course he was guilty of these crimes as well. Who wasn’t guilty?

He tried too stay in the dark areas, outside much of the glow of the red and amber lights. As he navigated the spiderwebs of tracks he started to hear voices, or at least what sounded like voices. They were distant, and soft, but nonetheless were human, and human voices meant one of two things. You were about to get robbed or you were about to be killed and then robbed.

He gripped the locket, and thumbed at its contours and edges, circling his finger around it heart shape and thought of his grandmother, whose it was. He had never met her, but his mother had given it to him after she had fallen ill, and had soon after passed in the first waves of sickness. His father soon after went mad, and disappeared, and was never heard from again.

These reminiscent thoughts were cut short as all of a sudden he noticed he was falling over. As his vision was skewed diagonally, he heard a loud pop or crack sound, and then hit the trusses. He didn’t feel a thing, he didn’t even hardly think a thing, other than holding onto that locket. He eyes remained fixed on it, as he gripped it in his hand. He didn’t even notice the slowly expanding pool of his blood that grew around his head.

He tried to hold his grasp on it, but failed as a hand reached down and took it easily from his fingers. When the hand fully held the locket, it paused, and then the face came into the dying mans view. The look on the killers face had a pang of shock which morphed into recognition and sadness.

Another loud crack rang out and the killers body dropped in front of him, and even though it was a mess of blood and gore, he recognized the killer.

In between the father and son was the heart shaped locket, sparkling with the reflections of the train yard control lights.

Just trying to maintain creativity. And to be inspired.

Read next: A Whiff of Something Terrible