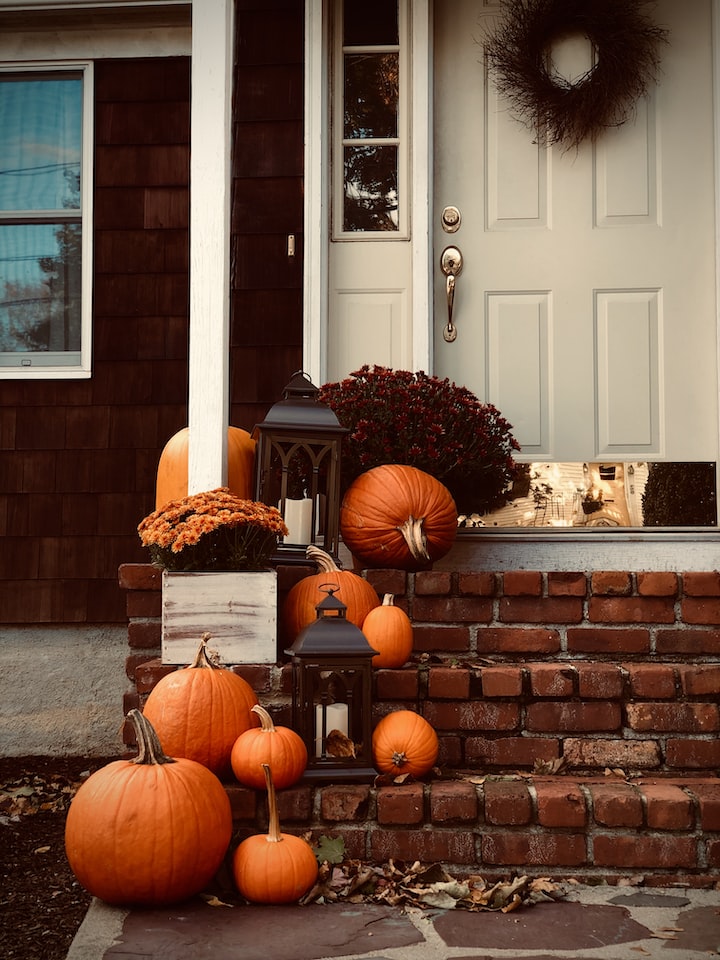 Natalie had always heard the stories about people slipping something dangerous into Halloween candy—razor blades in apples, poison in chocolate bars. She’d also always heard that these were urban legends. There weren’t actually strangers out there tampering with Halloween candy or handing out dangerous treats. It just wasn’t true.

But what she saw her daughter bring home from trick-or-treating made her second-guess herself.

One of her neighbors had given her daughter, Clara, a homemade treat. Clara said it was from the old woman at the end of the cul-de-sac, the one with the beautiful herb garden out front. Natalie thought the old woman’s name was Henrietta or something like that. She was a nice old lady, the kind who made her own jams and preserves. One time, Natalie had forgotten to buy more sugar for Christmas cookies, and Henrietta had lent her what she’d needed. Natalie didn’t know her very well, but she trusted her. She seemed completely harmless.

But Natalie didn’t know what to think of the thing Clara pulled out of her treat bag.

Natalie took the strange object from her daughter. “I…I’m not sure…”

It looked like a person made of twisted roots or vines. Strands of corn silk were draped over the top of it like hair. It fit in the palm of her hand.

“I think you’re right about that.” Natalie turned the tangled mass of roots around, looking at it from different angles as if that might illuminate its purpose. “Maybe it’s a doll?”

“That lady was handing those out to all the kids in the neighborhood. She was walking around putting them in people’s lawns too, tucking them behind bushes and trees.”

That was just bizarre.

“I’m gonna go have a talk with her,” Natalie said. “Find out what this is.”

She walked down the street, tangled roots in hand, and knocked on Henrietta’s door.

It creaked open, Henrietta smiling out from behind it. “Oh, Natalie! It’s good to see you. I just had Clara here trick-or-treating not long ago. Are you looking for her? I saw her head toward the Thompson’s—”

“No, actually, uh, I’m here to ask about…” She was afraid she might offend Henrietta if she took a guess at what it was and turned out to be wrong, so she just held the thing out for Henrietta to see.

A shadow passed over Henrietta’s face, her eyes wary. “Yes, yes, it’s a very special doll. It’s for aroma therapy, made from healing herbs. Just place it in your house, anywhere, and it will release a special fragrance that helps calm the mind and ease anxiety. You should bring it back to your house. You’ll be amazed what wonders it can do for you.”

“But Clara said you were hiding these things in people’s yards. Why would you do that if it’s an aroma therapy thing?”

Henrietta’s wary gaze turned dark. “Just put it in your house. You can throw it away tomorrow. But keep it in your house for tonight. That’s…that’s the polite thing to do.” She smiled but it did nothing to dispel the sinister feeling Natalie got from her darkened eyes. “Stay safe now.”

Natalie didn’t want to argue with her. Maybe Henrietta was starting to suffer from dementia. Maybe she didn’t understand what she was doing. Natalie walked back home. She was about to toss the doll into the trash when she paused. Henrietta sounded so serious when she said to keep it inside the house for the night. Natalie placed it in a cupboard instead, intending to throw it out the next day.

That night, Natalie woke from a strange dream to an even stranger noise. Something was howling outside, but it didn’t sound like any animal she knew of. She got out of bed and went to the window. It was past midnight, and all the lights on the street were out. But by a sliver of pale moonlight she saw a shadow, something large, something shuffling, move across the street.

It howled and the blood froze in Natalie’s veins.

She didn’t know what it was, but she knew it was no animal.

The monstrous thing outside sniffed at her neighbor’s yard. It jerked back when it reached an azalea bush. It growled at the bush and stomped away into the next yard.

Natalie remembered Clara telling her how Henrietta had been hiding things in people’s yards, behind bushes…

The horrible beast stayed in the shadows, but it crept across the street and into Natalie’s yard. It reached the porch, Natalie’s heart pounding in her chest—what should she do? what could she do against that thing?—then it reared back. It growled at the house the same as it had growled at the bush. It loped away, down the street.

Natalie let out a shaky breath. The doll Henrietta had given Clara… Whatever it really was, it must have warded off that thing in the shadows. Henrietta had known it would be there, coming for them. She’d protected the neighborhood.

Natalie stayed up all night, watching the street, hoping that beast would not return.

In the morning, she retrieved the doll from the cupboard. Henrietta had said she could throw it away the next day, but Natalie held onto the doll, keeping it in a shoebox in her closet.