Time to Visit the Lions

by LUCINDA M GUNNIN 11 months ago in Horror
Report Story 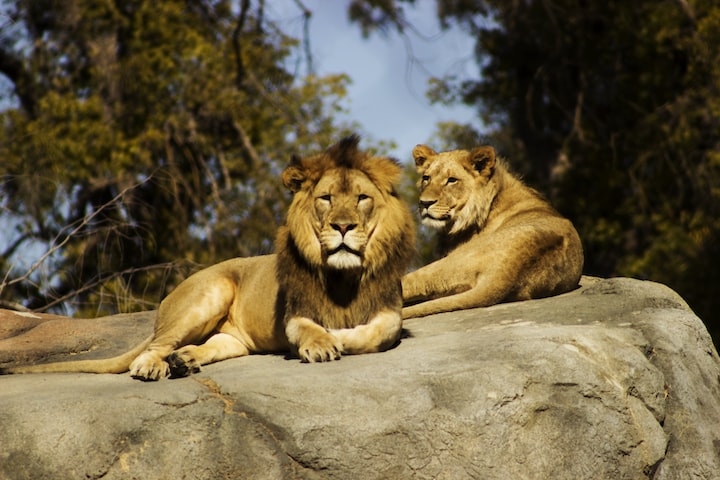 Photo by Jeremy Avery on Unsplash

Amanda slid her finger along the jagged edge of the heart pendant she had worn for the last seven years. Her mother Beth had given it to her the last time they visited the zoo.

It's opposite number, the other half of the heart, hung loosely on her mom Sarah's neck. Sarah had always been the tougher of her parents, rock solid and strong, until the cancer started last year. Beth had been softer, rounder.

Sarah was the one who found the cancer, not that there was anything to be done about it.

"Before the world collapsed, I would have just had it removed," she explained to Amanda. "Women, at least smart women, checked their breasts for lumps every month. If you found something, you went to the doctor and they removed the lump, and then sometimes gave you chemo or radiation to make sure they got all the cancer."

The doctor for their village, a spindly man with kind eyes, nodded and patted Sarah on the shoulder when he confirmed her self-diagnosis.

"We could try to scavenge some sort of anesthesia," he offered, cocking his head vaguely in the direction of the city. "But I was an ophthalmologist, not an oncologist. And we don't have a surgical suite." He sniffled and looked away, his eyes glistening with tears.

Sarah had comforted him, told him she understood. With the storms disrupting the global communications system and then global travel, supplies -- including food-- didn't get to the people that needed them any more. Most of the cities were like this one, a towering masoleum to the dead.

Amanda's teachers said one in five people survived the original famine, fewer than that made it through the next three winters when there was no longer easy access to heat and electricity.

In the fifteen years since the corn collapse, communities had continued to shrink, with raids against other settlements, for their food, doctors, engineers, and able-bodied adults, just adding to the demise of population.

This city once held several million people, Sarah told her the first time they went to the zoo. Amanda might not have believed it if not for the piles of stuff, the high-rise apartments, and the piles of bones dotting the city streets.

"We had so few people left, there was no one to dispose of the bodies. Which of course led to more disease and more deaths," Sarah said. Beth had just nodded, gasping for breath as they walked.

For the last few blocks, Sarah had pushed Beth in the wheelbarrow, borrowed for the outing from the farm. Tomorrow it would have to be returned, but for the trip to the zoo, it was loaned out.

Amanda smiled at the memory of walking past the gazelle statues as they entered the zoo and meandering through to see what animals the keepers had been able to keep alive. A small herd of zebras that were sometimes used as plow animals and to help feed the carnivores. Small rodents and bats, a pair of ancient gorillas.

Beth had raved about the way the zoo looked when she was younger, when penguins and otters entertained and lions and tigers walked through the overhead mazes. They sat under a dilapidated pavilion and shared a picnic lunch of bread and cheese and a fresh apple they split between them.

Beth reminded Amanda to save the core to give to the gorillas on their way out and then unclasped the chain around her neck.

"When I was little, we used to come here to feed the giraffes and the penguins. Now, I get to feed the lions," she said, hugging Amanda. Beth draped the necklace over her daughter's head and smiled gently. "You take good care of your Mom. She needs you."

Amanda brushed the tears out of her eyes at the memory and did her best to smile as Sarah packed their picnic lunch for the next visit to the zoo.

Lucinda Gunnin is a commercial property manager and author in suburban Philadelphia. She is an avid gamer, sushi addict, and animal advocate. She writes about storage and moving, gaming, gluten-free eating and more. Twitter: @LucindaGunnin

More stories from LUCINDA M GUNNIN and writers in Fiction and other communities.