Through Time and Space

by Rosemary Kash 11 months ago in Historical
Report Story 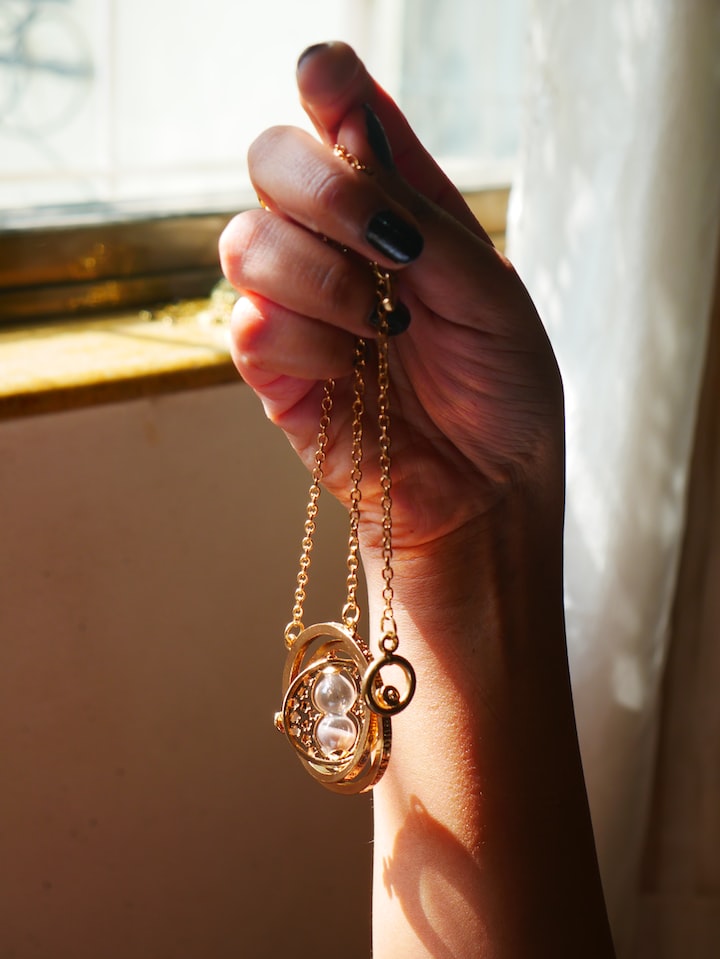 Photo by Maithilee Shetty on Unsplash

Astrolabes are a piece of ancient Muggle technology. A device used for reckoning time and navigation by astronomical observations. Once, they were considered the smartphones of their day. Today their uses lay more in the education of astronomy. However, finding one today has never been all that exciting in terms of providing new information to the past.

When word had been received that an astrolabe had been dredged up from the coastline of the Madeira Islands, I was curious as to why I was being sent out to investigate this particular ancient object. As a curator for the Museum of Planetary Finds, the investigation of a muggle artifact lay outside my daily rounds. I’m not one to usually follow orders when it comes to the mundane but curiosity got the better of me. I was not disappointed.

The Madeira Islands are speculated to be one of the possible locations of the lost city of Atlantis. For those unaware, Atlanteans were a mixed group of Muggles and Mages. Mages were Witches and Wizards who chose to live a symbiotic life amongst the non-magical.

Muggles in their ingenuity crafted tools for everyday necessities. Mages crafted their own set of tools and would also enhance the muggle made gadgets to further improve quality of life. Their need to “live their best life” coupled with their insatiable desire for power, would ultimately lead to their downfall.

Let me tell you, we have had our hands full in hiding the truth about Mages and their roles in Atlantis from the rest of the world. That’s why most of the world believes the existence of Atlantis to be more mythical than real.

This particular astrolabe was dredged up unscathed from the bottom of the sea. Much like summoning a genie from a lamp, the muggle who touched this specific astrolabe awakened the long dormant power. The unfortunate muggle found himself being repeatedly thrown out to sea. This lasted for several hours. It was most fortunate that a seafaring wizard happened to be passing by and was able to lend a helping wand. I am happy to report, after a few tweaks with Obliviate, the muggles involved will only remember this as a dream.

Examination of this particular astrolabe is quite astounding. Underneath a light layer of dirt, the golden astrolabe shines bright, untouched by time. Ellipses and arches are etched deep across the plate. The sound structure of the device allows the alidade to point straight, no manner the direction it spins in. The writings on this astrolabe prove it to be a true Atlantean artifact.

The spindles and the encompassing brackets indicate this served as a Timer Turner. What’s so astounding is this artifact serves as a reusable Portkey. A deeper study is needed but it’s wouldn’t be offbeat to suggest that Atlantean astrolabes were the original creation of Portkeys and Time Turners. You could say that Atlantean astrolabes were the smartphones of their day.

Although it would be amazing for today’s muggles to have tangible proof of the existence of Atlantis, this specific artifact most definitely violates The International Statute of Secrecy. It’s best to leave the muggles with a mythical construct than with mayhem. This particular astrolabe will be featured next month at the Museum of Planetary Finds. Personally, I will be spending my off hours combing the seabed for new finds.

Letter to the Editor

This article was written to be published for the Daily Prophet. They called it rubbish. They said, “ if we wanted fake news, we’d go to Rita Skeeter.” Nothing written in this article is fake. The truth in these findings needs to be brought to light. The Magistry has hidden the truth from the muggles for so long, they’ve also hidden it from themselves. This piece is made for the Quibbler. As the Quibbler is the only news source to post the truth.

Anyways, I’ve attached two tickets to the unveiling next month at the Museum.

Hope to see you there.

More stories from Rosemary Kash and writers in Fiction and other communities.