Things We Know About Sharks

story of an afternoon 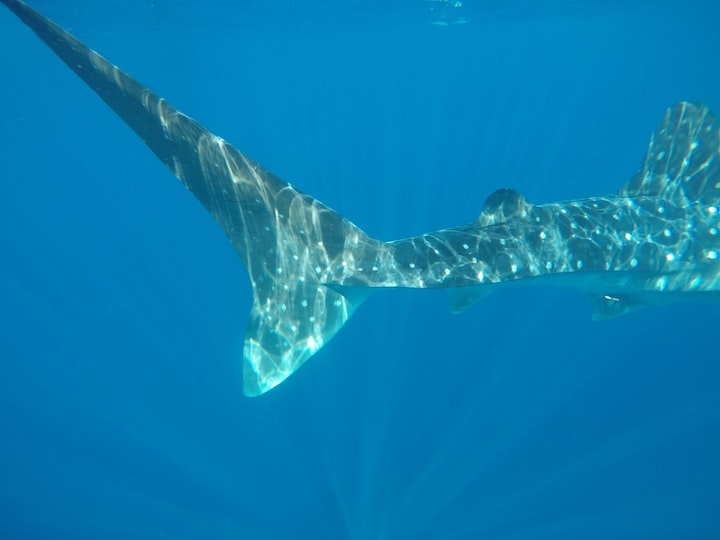 Photo by Darcy Wheeler on Unsplash

Mara thumped her head lightly against the wall behind the toilet. She felt an insistent tug at her ankle and moved her foot to pull back on the string, which snaked under the sizable gap in the bathroom door. The therapist had suggested it once Shoshanna was too old to go into the bathroom with her - a way to handle her periodically exhausting separation anxiety.

Even special education teachers had a right to lose their minds over excessive shark trivia, right?

“Of course it’s going to be harder when it’s your own kid,” Shoshanna’s pediatrician had said kindly when Shoshanna turned two and Mara had shown up to her annual physical near tears. “You don’t get to send her home at the end of the day.” Dr. Obonyo had been Mara’s lifeline during Shoshanna’s toddler years, an era she referred to as The Great Meltdown Marathon. She’d listened sympathetically and referred Mara to every specialist she could think of, and given her permission to lower her own parenting standards when they both needed a break.

At seven, Shoshanna wasn’t as easily soothed by an ipad as she’d once been. She craved interaction constantly, and struck up conversations with anyone at any time - including strangers on the bus, checkout clerks, dental hygienists and - her favorite - pet store employees. Sharks were only her latest obsession; at different points it had been starfish (“Did you know that starfish have no brain?”) seahorses (“Did you know that BOY seahorses have BABIES?”) and scallops (“Did you know that scallops have rings like trees and they get one every year for their birthday?”) Mara had made a game of guessing what “aquatic creature that starts with S” was next on the list. She was surprised it had taken this long to get to sharks.

“Mom?” Another sharp tug on her ankle. This time Mara didn’t tug back.

“No talking while Mom is in the bathroom,” she called through the door for the fortieth time that week. “That’s the rule.”

She couldn’t see Shoshanna, but could easily picture the cross, petulant sulk as she waited. Waiting was Shoshanna’s least favorite thing - even worse than crinkle-cut fries, which she considered a crime against potatoes, and possibly humanity.

Mara finished, reached over to wash her hands while still sitting rather than convince Shoshanna to let go of the string, then called, “I’m coming out!” as she opened the door.

Shoshanna was sitting with her legs folded up to her chest and gently banging her head against her knees. Mara swallowed a sigh and knelt down, sliding a hand between Shosh’s forehead and the holes in her jeans. Shoshanna knocked her head against Mara’s knuckles a few times before giving up, receding deeper into her feelings. She’d be licking her wounds over the gentle reprimand for an hour, at least.

Mara knew better than to try and talk her out of it. Watching her stubborn, bright, curious, connection-seeking daughter melted her frustration into a familiar mix of tender worry and sadness. She yearned to reach over and run a hand over Shoshanna’s braids, or rub her back, but experience had taught her better. She undid the loop on her ankle and headed to the kitchen, stepping around the lump of little girl on the floor.

It took her five minutes to assemble the crustless cream cheese sandwiches (one perfect one for Shoshanna, and for her, the two she’d managed to cut into criminally uneven triangles.) She searched through the bag of baby carrots for ones roughly the same size and shape and slid five onto the plate, knowing she’d be lucky if Shoshanna ate two. She put the plates on the table and headed back to the hallway, where she found Shosh exactly where she’d left her, now thrumming her fingers against the tops of her shoes.

Mara leaned against the wall and slid to the floor. Shoshanna didn’t look up. Mara pulled out her phone and tapped until she found what she was looking for.

“Did you know,” she said, “that some sharks can…glow in the dark?”

Shoshanna’s fingers stopped moving. Mara watched her carefully, registering the tiny shake of her head against her knees.

Shoshanna didn’t move. Mara leaned against the wall and breathed. In and out. In and out. “Give her time,” Dr. Obonyo had said. “She’ll get there if you give her enough space to think it through. Pretend you’re one of those really wise monks who never had to deal with children and can afford to live in silence.” The thought of herself as an ascetic monk was always enough to get Mara to smirk when she needed to. She could almost hear Shoshanna wrestling with herself as she waited.

“Glow-in-the-dark-sharks,” she repeated, putting her phone on the floor. “Right this way.”

Slowly, and with what seemed to be great difficulty, Shoshanna pulled herself forward and crawled across the floor to Mara’s side. Mara stifled the urge to pull her close and started the video on her phone. Shoshanna began tapping her fingers again, idly. Mara closed her eyes and listened. Sometimes her daughter appeared to have invented her own Morse code. Today, though, it came through.

More stories from Dane BH and writers in Fiction and other communities.