by Christina Marie 9 months ago in Short Story
Report Story

Western Territories of the land formerly known as the United States 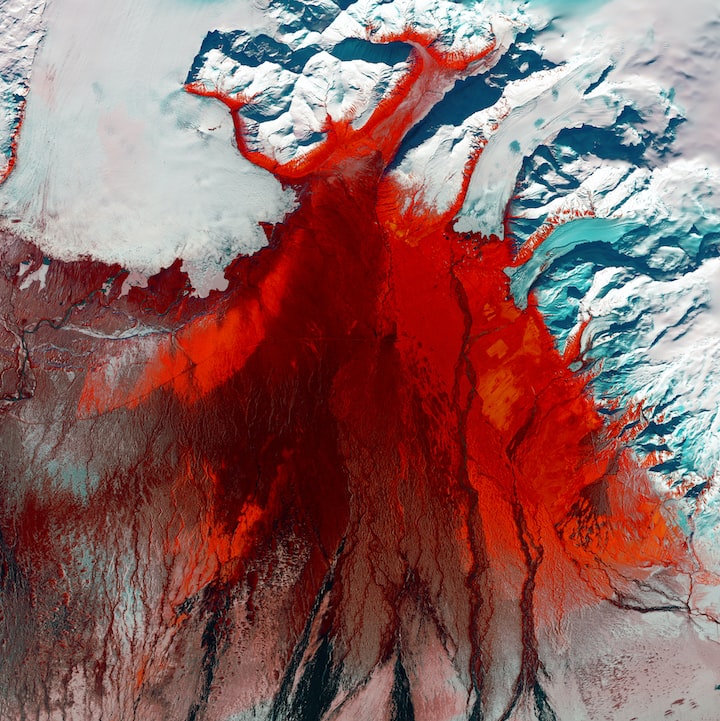 Photo by USGS on Unsplash

In the year 2037, the people revolted. Against the political parties, against the Capitol building and Congress, carrying blackened flags and wearing red ties wrapped around their foreheads like some vigilante Army. Once the state capitals also fell, the US military, being under-budgeted and stretched thin around the world following the food drought of 2035, was of little help. That was before the military was disbanded and deeds replaced the law.

Soldiers were stranded in countries around the world and after a decade or so, they simply gave up and began to assimilate. Planes hadn’t flown in years. Not even the masks helped anymore. No one tried to cross the sea anymore. We are told what’s going on if we elect to be chipped, otherwise, we just take whatever information we can get.

And the revolters thought once they took down the US government that they’d be the ones in charge. Actually, it was the ones with the data. News of the world. Control the narrative. Control the information, and you rise in power.

The United States dissolved faster than it was formed.

“Elected” Ministers of Deeds rose both east and west of the Mississippi, where the Eastern and Western Territories met along the heavily protected river. The VSPs patrolled both sides of the river, moonlight shining off the shifting surface of the river and off the shiny barrels of their guns, always out, always ready for a River-Crosser or a vagrant who tried to steal food from the passing boats. The river now served as the two Territories’ primary transit line for non-perishable goods. Few other goods were transported but for the occasional fuel barges, and they were few and far between anymore, or loads of various parts: compressed battery units (CBUs), replacement solar panels, chain, wooden beams, farming equipment, and massive assortments of seeds.

The people were tired of wave after wave of new pathogens, viruses, and diseases wiping out thirds of them every few years. Some countries now paid their constituents to procreate or rewarded them with lands for doing so. Those countries, of course, that still had fertile women. Turns out, there were pathogens to destroy fertility instead of taking lives. Some still argue over which was worse – the death agents or the ones that stole away the hope for babies. After the decade-long fights against Covids 19, 20, and 21, then the food shortages and energy shutdowns, the then US had opted not to allow air travel at all for a few years, then permanently, and this is likely why the fertility ghosts hadn’t arrived here.

But babies still died. Pregnancies were still lost. Some suspected it was coming over with trade shipments so those were limited to almost nil. Some cherished the drop in competition for resources, less people means more for me and mine, right? Those were usually the ones who were first to refuse the IRD chips and open circular tattoos now sported by nearly everyone left.

The diseases helped to hide the real decline...of humanity, of the US, of the Earth, whichever one feels more important to you. I assure you. In the end, they’re all pretty much the same.

Sure, the vaccines helped some. The gloves and masks and shield gowns but for the most part, people keep largely to themselves these days. Including me and my sister. Without the IRD, we have to keep a low profile. It’s not too hard. There are lots of places to hide now.

I don’t think I told you my name. Forgive me. Manners don’t mean that much anymore. But since you haven’t gotten here yet, to this insane place...then you must be wondering. It’s Cereya. My mother was taken by the Third Wave. She had the chance to give me that lovely name before she died. She also named my twin sister, Sonjay, who’s minutes younger than me and I take good care of her, just like I promised my father I would.

And, I tell you all of this because my sister Sonjay and I, well, we need your help. I have to go now. I’ll be in touch later. Please think of us all.

Just another writer...out here making money with my words.

And it's the best life ever.

More stories from Christina Marie and writers in Fiction and other communities.