The World Bringer, the Druidess and the God 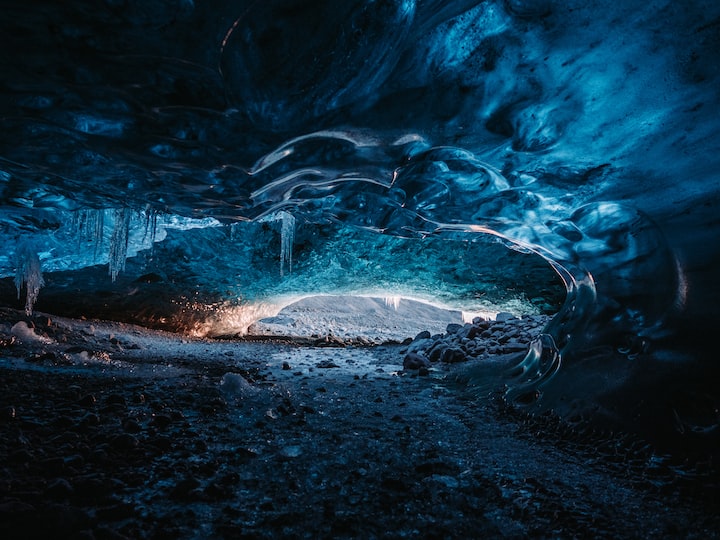 Photo by Mark Olsen on Unsplash

There weren’t always dragons in the valley.

Most people know this, deep down. For some reason, however, they can’t seem to remember that there weren’t even dragons in the valley last week.

I blame myself. I got called into a meeting and my regular babysitter got sick. She recommended a replacement and I brought her in, handed her the three-page list of rules that I use when introducing anyone new to Riley. Then, I rushed back to my office to greet a client whose satisfaction, according to my boss, was directly linked to my own. So I did not read the rules out loud, one by one, to this digital-card-carrying (or QR code-carrying) member of the TLDR generation. The sitter most likely pulled up a cartoon about kids who could ride dragons on her tablet and handed it to Riley when she started to fuss. By the time I came home, a red-snouted fire-breather was sitting in my parking spot and three yellow-speckled acid breathers were digging up the rhododendrons. The movie was still playing on the tablet when I got home, though neither Riley nor the sitter were anywhere to be seen.

Three days later, as my plane landed at Arlanda airport in Stockholm and a black-scaled featherwing landed clunkily on the tarmac next to our luggage, I could tell that dragons weren’t just a North American problem.

Balancing motherhood and a career was something I never thought I would do. Doing it alone with an unusual kid was definitely not on any of my dream boards when I was fifteen. I’d like to tell you that I left a fabulous career (or paired the two, like some fine wine that I will never be able to afford) to become a mother to this extraordinary girl, but that would be a lie. My life has never been something that you would want to curate or post images of.

I got in a year of college before my dad got sick and all the money moved from education to hospital bills. A really nice lady in the bursar’s office who said I looked a bit like her Aunt Tillie found me some grants and an on-campus job and let me stay in the garden shed behind her house and eat with them. It took five years and sending half my paycheck home to my family, but I got a degree in archaeology and a chance to stay on for a master’s degree with a stipend.

I thought that this would be my ticket to travel the world, but when it comes to higher education, you often have to go where the funding is. In my case, the funding could be found at the bottom of a landfill in Southeast Ohio where a group of colonists was once rumored to worship an obscure god. And so I spent my next three years and dissertation digging carefully to the bottom of piles of modern garbage in the hopes of discerning more ancient garbage.

Mostly the work was hot, sweaty and buggy. Different assistants would come in, stay for a month or two, demand better conditions and quit before they really understood all the nuances of the job. Only Kai seemed to stay without protest. He wasn’t the most helpful crew member; you definitely had to ask a few times to get him to complete a job. However, he had a knack for suggesting fruitful places to dig. Most of our discoveries were due to his instincts (even if it was our labor), so we kept him close.

Kai had other redeeming qualities- he was fun to be around after work. His innate instincts that made our excavations successful when he was near were tuned for discovering great restaurants, secret concerts and endless entertainment. He was hypnotic when he danced and drank and ate; I wasn’t the only one who thought so. When we went out, it seemed like everyone at the venue would follow him from place to place until he called it a night.

On the night we finally found the shrine of the old god buried beneath a glittering mountain of shattered Corningware shards, Kai and I stayed behind in the makeshift outdoor room, lit by generator-fueled work lamps and serenaded by Bluetooth speaker. The combination of three years of flirtation and the successful confirmation of a bizarre and highly unlikely rumor was intoxicating enough for me to let my guard down. I woke at dawn, covered in furs I didn’t remember ever seeing before. Kai had disappeared completely, and so did the memory of him for everyone else in the crew.

It was my grandmother who told me I was pregnant. Though she was still a virtual stranger, she had been reaching out since my dad died and we had begun to get to know one another. She came to the dedication ceremony of the ancient holy site and told me to see a doctor. That night, when she joined me in my crappy middle-of-nowhere boonies hotel room, she brought a book that I had never seen before. In it, generation after generation of women in our family had documented a series of prophetic dreams. These dreams were passed on from mother to daughter; since my own mother had died mysteriously on the day I was born, I had not been raised to learn the stories of our druid heritage.

The family legend was that one day a woman of our druidess bloodline would meet with an ancient god and create the rarest of all mythical beings, a world-bringer.

When Riley was born, her powers became apparent very early on. Her crib developed nipples and allowed her to feed herself without waiting when she was three months old. When she was one, her stuffed bunny could heal scrapes, including mine, with just a hug. Until I started to curate her entertainment, storybook characters would enter our bedrooms in the middle of the night, scaring me but delighting her.

Our nation is unkind to single mothers. With an impending baby on the way, I had needed medical insurance fast when my degree was finished. And daycare. And someone who would pay me enough to support two of us. The market for archaeologists with experience in finding shrines to obscure gods in midwestern garbage dumps was narrow, and all the good slots were filled. So I had found a job at a museum with a director who had a teenage daughter with experience babysitting. Between the three of us, we made it work until Riley was two and made the stuffed mammoth crash through the front lobby. At least I never had to explain; the strangest part of a world-bringer is that any new shape to the world is immediately accepted as the way it has always been. As a result, I was always the only one who appeared baffled.

It was then that my current system of babysitters at home and tightly regulated entertainment began. I thought that this would be the biggest challenge of my life. Like every other part of this experience, I underestimated the possibilities.

There was a lot of central Sweden that reminded me of my midwestern upbringing as I traveled north. I could tell why the Scandinavians had settled in Michigan, Minnesota and Wisconsin; the landscape felt eerily familiar. As I headed further north, the similarities to my childhood home faded. Trains gave way to cars; cars gave way to snowmobiles across vast sheets of permafrost and ice. When I got to the point where I had to go alone, I left my luggage with my guide and carried a single pack with a few tokens. I still carried the journal, open to the map that had brought me here.

In the valley between the two hills, I found the spring that was described. The geothermal water was warm enough to allow the ground to produce a few blooms, something I hadn’t seen for hundreds of miles. Above my head, the aurora borealis was beginning to conduct an evening symphony.

I placed an orange and a lit candle on the flat rock in the middle of the pool. I pulled out a flute and played the three notes described in the summoning instructions.

The guide had given me a wolf pelt, which he had said could help the situation. I added it to the pile and played the flute again. Still nothing.

“Look,” I said to the steaming grotto, “you know I’m not an acolyte and that’s fine. But I need your help. I’m pretty sure that your ex-husband stole the child we had together. Worse yet, my child is a world-bringer, THE world-bringer, and she’s still just a toddler who needs her mom. I know it’s a long shot, but you’re the only one who might know how to get her back.”

I stood there for about 20 minutes, waiting to see if I could get any response. I was about to walk away when the water began to bubble and illuminate from below in greenish light.

(Not my real name)- Other Labels include:

More stories from Penny Fuller and writers in Fiction and other communities.