The Woman of the Emerald Wood

by Shanelle Hicks 15 days ago in Fantasy

A fairytale to connect with the divine feminine 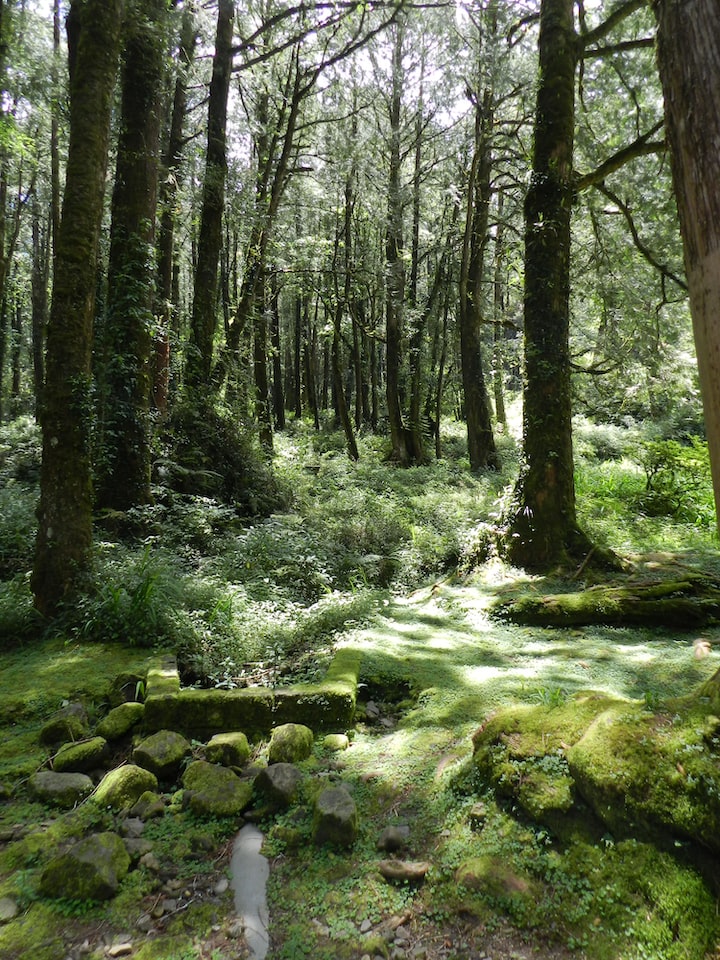 In old times when magic and folklore was rooted in the forests, there existed a woman who aged according to the cycles of the moon. She lived far away from the kingdom that claimed to rule over the land, far from the shadows that hovered over the souls of men. One could only find her if they were to venture past the mountains shaped like two sleeping bears and into the Emerald Wood. However, only a few would ever encounter her, for she was a solitary creature who remained veiled to all of those who she did not wish to reveal herself. Her existence was a myth that had been whispered about for generations. The Woman of the Emerald Wood was as ancient as the Earth itself and yet her wisdom waxed and waned throughout each month with the moon. When the moon was waxing, she was the Maiden, whose innocence and curiosity flowed into the forest, filling it with wonder. When the moon was full, she was the Mother, whose fertility and nurturing presence brought life, growth and abundance to the animals and plants in her wood. When the moon was waning, she was the Crone, whose wisdom was sought out and avoided. In this incarnation, she brought death to those who grew weak with time.

A young girl began to wander into the Emerald Wood during springtime. Her name was Esme and she was at the end of her girlhood at just 16 years old. Esme had heard stories all throughout her childhood about this forest and the ancient woman who animated it. Her infatuation with this archetypal woman had brought her to the forest in hopes that she would reveal herself to her and share her wisdom. She was taught that in order to connect with the woman, you must first connect with the forest. So, she went there every single day in the early hours of the morning to wander the woods. She told the trees her inner thoughts. She told the animals and plants stories from her childhood. She sang songs with the birds and she acknowledged and interacted with each stone, plant and animal which she encountered during her wanderings. She began to know the forest as a friend and the forest began to recognize her as part of itself.

One day, as Esme travelled the forest, a dancing figure caught her attention from the corner of her eye. It was a young woman, flowers and starlight bloomed at her heels. She was a thing of dreams that seemed to be shimmering and glinting under the trees. Esme almost started to weep because she knew that it was the woman of the woods. She felt her presence within her soul as if it was a corporeal thing. She called out for her and started to run towards her dancing figure. Once she came closer, the Maiden slowed her movements to a stillness that startled Esme, for she had never encountered anything as breathtaking. She took a moment to observe the Maiden's youthful features in more detail. She looked to be about as old as Esme. Her eyes were the color of sea foam and they possessed an innocence and naivety that mimicked Esme’s own youth. Beauty was a word for humans and so beauty would not be the word for the Maiden. She was an incarnation of wonder. Esme felt as if she already knew her. They looked at each other and laughed like old friends. The Young Maiden exclaimed, “Oh! How long I’ve wanted to meet you, my dear friend! You’ve rested in the corner of my heart for as long as you’ve had a name. Come here! Come here!”

Esme took the Maiden’s hand and images of budding flowers, moonlight and white pearls flashed in her mind's eye. She tried to communicate what she could not with words and the Maiden looked at her as if she understood. The two of them talked for hours about the endless wonders of the Emerald Wood and of the world beyond. They were both experiencing the springtime of their lives. However, this was the first and last spring for Esme. Her youth was only to be experienced once. When night came, the two young women walked under the light of the waxing moon and too soon, the Maiden disappeared into the wind between the long grass.

When Esme came home, she could hardly contain herself as she described her experience to her mother and father. It was as if her excitement was burning her up from the inside out and each word floated out of her mouth like a little bit of ash that rose underneath a breeze. This concerned her father, for he was a rational man and believed that fairy tales like these were dispensable bits of a child’s imagination. Esme was becoming a woman, after all, and women had to participate with the dramas of society. Despite Esme’s heavy tears, a carriage took her away the next morning to go live in the kingdom. At first, Esme felt as if a piece of her own soul was ripped away from her. However, as time passed, and as Esme began to become disenchanted with the world around her, she dwelled in the drama of the kingdom’s many, meaningless storylines. The Emerald Wood and the woman who animated it, grew farther and farther away until they became nothing more than an opaque myth shrouded in superstition. Esme grew older and hardly looked up at the moon to watch its many phases. She soon fell in love and married a handsome man, but this was the only magic that she encountered since the Emerald Wood. She was now a woman in the autumn of her life. She felt as if time were passing her by without permission. She felt a sense of an intense detachment from the world that terrified her more than dragons and serpents.

One day, Esme heard a whisper from outside of her window, it seemed to call to her and say, “Esme, come outside and look at the moon! It misses you dearly!” And so, she obeyed this mysterious call and sat out on the damp grass outside of her home to bear witness to the beautiful full moon. As she soaked in the moonlight, she had an intense feeling that it held within it an old and familiar friend. The light of the moon grew brighter and brighter until all that existed was its milky light, it was as if she was being consumed by it. Soon it subsided and she found herself sitting within the Emerald Wood once again. As soon as she understood where she was, all of her memories rushed upon her like a tsunami in a grave. It pushed her down into the grass and as soon as she sat up again, she saw a figure walking towards her. It was the woman, however, she was no longer the Maiden. She was glowing and as full as the moon, her stomach was round with child. Esme weeped at the sight of her, the Mother’s nurturing presence seemed to baptize her of her disenchantment. Petals fell from the Mother's mouth as she spoke, “My dear child, you’ve been lost to yourself”, she reached out and touched Esme on the inside of her hands. Esme cried, “Oh! How much I’ve missed!”. She closed her eyes and let herself mourn for the magic that she had been robbed of. When she opened them again, she was back outside of her home in the land of the kingdom and the shadows. When she looked at the palms of her hands, two white moonflowers grew from where the Mother had touched.

Esme spent the next few years speaking to everyone and anyone that would listen to her about the magic that existed in the world. She told them about the Emerald Wood, the Maiden and the Mother. Most of them rolled their eyes at her. Even when she showed them her flowers, they would insist that those who believed in fairytales were childish fools. Petals fell from her hands. Even her husband seemed to brush her away. Repeating, “I know darling, I know” as if calming down a child. As time passed, her voice grew weak from sermonizing. Time and gravity were taking its toll on Esme and she occasionally cried for her youth. Her hair turned silver and the wrinkles on her face burrowed and made a home deep within her skin. She knew it was time to go back to where she belonged. It was time to go home. She decided to leave the kingdom and after one last kiss on her husband's forehead, she began her journey on a windy day in December. It was as if the chilled wind was pushing her frail form towards home. She walked on weather beaten legs over the two mountains shaped like sleeping bears. After 4 days and 3 nights, she finally arrived at the Emerald Wood on one of the darkest days of the year. The waning moon hid underneath restful darkness but despite the lack of moonlight, Esme recognized every rock, tree and hidden nook of the forest she grew up in. She sang to the wild energy of the Emerald Wood, just as she used to when she was a girl. After a lifetime of an overwhelming sense of disenchantment with her world, she finally felt that she was rejoining her true form. When Esme saw the Woman of the Emerald Wood, she hardly recognized her. She was now a Crone, who was just as withered as Esme. However, the Crone held an ancient wisdom beneath her sea foam gaze that seemed to hold within it understanding of the secrets of life and death. Esme looked at her palms, the flowers within them were shriveling up as the Crone drew closer. Esme knew what was to come but she held no fear in her heart. Life was the woman’s gift lent with the promise of death and that is what made it divine. As the Crone touched the flowers within her palms, she felt her name, her bones and flesh shed from her soul. She joined the Crone and they were one. Glancing back at the lifeless shell on the forest floor, they began their dance through the woods seeking out the weak and worn to join them in their dance. However, this ending is not something of darkness. After a few short nights, the moon would be waxing and the Maiden would bring wonder and life into her domain once again.