The Walls of the Aquarium 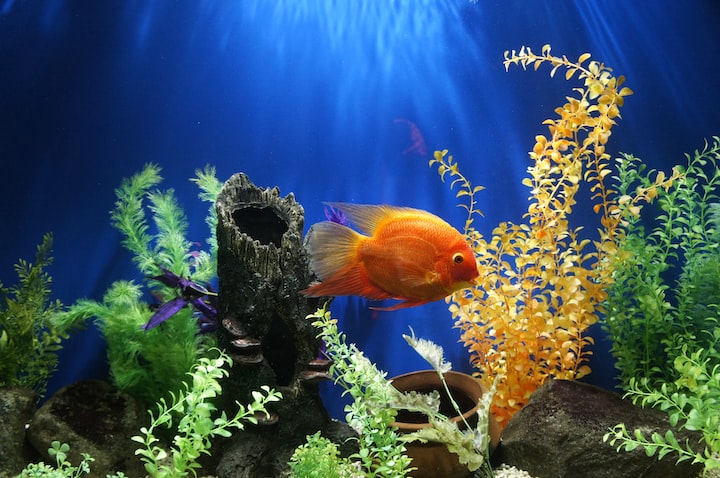 Photo by Delbert Pagayona on Unsplash

I love the aquarium. Well, I used to. Now it hurts, and I feel weight pressing on my chest. Even driving by the Columbus Zoo and Aquarium is like poison in my stomach and a burn in my throat. When I was a child, my mother and I would go to the aquarium every other weekend.

My mother was beautiful. She had wavy, blonde hair and bright, blue eyes. I never knew my father, so it was just Mom and I. She loved to see me smile, and the aquarium lifted me like nothing else. I dragged her by the hand from one tank to another, the same tanks I had seen twice a month for two years. It didn’t matter. I felt such joy seeing these amazing creatures in the water, and she felt joy watching me find my passion.

The sharks were my favorite. I couldn’t wait until I grew up, so I could be a marine biologist, so I could study them: their social aspects, the effects of their environment, and their biology. I wanted to specialize in bull sharks. Their ferocity fascinated me. Great white sharks may kill the most people, but bull sharks are more prone to attack without being provoked. I wanted to know everything about them.

I was seven when we first began visiting the aquariums regularly. On my second trip, I ran into the gift shop. As most children, I liked to look even if there wasn’t a chance of buying anything. However, in a bin of rubber toys, I saw one beautiful, taupe bull shark with a white belly. It was about eight feet long with the distinguishing, wide snout. It has only a small portion of its teeth showing, looking almost comical. But I knew. I knew on a whim, that silly row of teeth could be uncovered to reveal a vicious row of blades. I carried that toy with me everywhere I went.

I was nine the last time we visited the aquarium together. It was a rainy day in March. She had been tired lately, but I assumed it was because she was a nurse. It was a difficult job. Her feet hurt all the time, and her heels were cracked. She had been more tired than usual. She looked pale and had gloomy eyebags for the first time in my life. But she still took me to the aquarium every other Sunday. That particular Sunday while we were looking at the sharks, she began to sway. Her eyes were rolling around in their sockets. She fell to the floor, limp and lifeless. She just couldn’t take it anymore. She had run her body until it had nothing left- for her job and for me. Her fatigue and the seventy-dollar admission price and ten dollars for parking were hard on her, but I was young and had no idea.

We stopped at the jellyfish; I always found them mesmerizing, the way they glow and float. I turned to look at my mother and point to a pink jellyfish.

She wasn’t there. She was on the floor. Her face was pale, her lips hardly had color at all. Her orange dress was wrinkled around her, and I could see her knees. She was a modest woman; she always had her legs covered. Many people nearby were running to her, checking her breath and her heartbeat.

A worker was yelling, “Is there a doctor here? We need a doctor!”

I knelt beside her and pulled her dress over her legs. Then I lay beside her with my arm around her waist until an ambulance arrived. A paramedic, a brunette woman with a ponytail gently pulled me away from her. In my mind, I got up and began to walk away. After a moment, I realized I was screaming, tears were flooding my eyes

The crowd of people and paramedics closed, and I couldn’t see her anymore. The room became quiet. The fish disappeared around me- only fuzzy, glowing walls of blue.

When I see a fish tank, that is what I see now- just blurry walls. Nothing about them is beautiful anymore. They are putrid, death. I have the toy bull shark, but I can’t look at it. Tears build in my eyes when I think of it. I will never give it away because she bought it for me. It represents her live and how much of it she gave to me. One day, I will take it out of the shoebox under my bed where I hid it. One day, I will face what I did to her.