The Vessel of Time 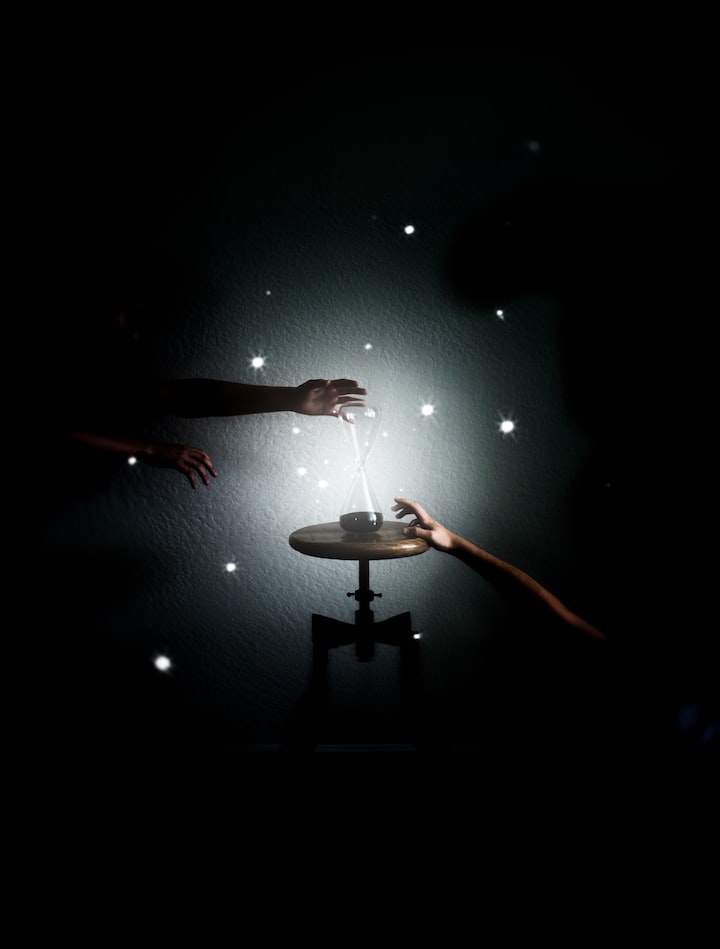 Photo by Adrien King on Unsplash

"There weren't always dragons in the Valley." These words were muttered throughout the pub when I was a child. My curiosity about dragons became my profession, and I am often mocked at this very pub now. I do know, however, that there are dragons amongst us. Whether they travel through memories or the demented, they reside in the minds of many. How? Ah. That, that, is the question of many. The very notion of there having been something that once breathed fire or ice without reason other than to keep the wolf from the door does not quite add up for me. We simply do not exist, and cease, without reason. Now this is not a wishy-washy philosophical question of some sort of existentialism. Utter silliness. Something so extraodinary cannot just vanish unless it has chosen that it cannot acclimate to its surroundings any longer.

This creature is said to only be impermeable to everything save for its own blood weapon, is it not? If this is true, then there must have been a hunter or poacher set out to destroy every last one of these magnificent creatures. Their blood, known to have various uses and purposes. Their hides were used to clothe many young wizards and pirates. These innocent beings were slaughtered the moment they were found in a nest as hatchlings, coughing up smoke. They were misunderstood. Much like with everything else, fear took over any sensibility. A mourning mother blew her fiery pain over our town of Velmair. Her cries shook the earth, and she flew her massive wings beyond the Deep End forest. She has never been seen since, decades later, but the earth still faintly trembles from time to time. Countless dragons hovered over the forest in search of her, never once threathening any passersby. One by one, they all disappeared, turning up in pieces of hides, shavings of horns or powdered claws, or vials of blood in shops.

However disheartening this may seem to you, justice was of its righteous nature to others. Dragons are vicious, yet, but are they truly the monsters? They nurture their young and care for their families. My father believed to have done the same for my sister and myself. I haven't seen him in years, or has it been days? I'll never know with him. What with all of his past-traveling. He's always searching for mum; adventures of sorts. He's met my mother in varying ways over the years, testing their love and bottling it into all sorts of vessels I suppose. He believes love is in fact tangible. They have been separated and reunited numerous times, and my sister and I haven't actually been affected in the slightest through these experiements in the least bit. It is odd, but I admire their peculiar endeavors. They are quite harmless and endearing. Their love has been able to withstand the test of time, it appears. Time has a way of being used up wisely while wasted. As my father has demonstrated his neverending affections for my mother, they seem to have dwindled with his children. It's been both fulfilling and emptying all at once. That all-emcompassing love isn't quite attainable when our hearts become a vessel of focus. There is simply not just one thing to love.

Take my sister. Heloisa, or Lois, as I call her, embraces life without perception and with a blur in her eyes. She sees everything all at once, and feels so deeply. She loves hearing about father traveling to a time and place, becoming someone, and falling in love with mum all over again under varying circumstances. She's hopeless, really. It's a wonder she functions at all, blubbering all the time at what all has perished or has been hurt. I may be slightly exaggerative as a pessimist because she really is quite annoying with how much she points out to be morally wrong all the time. I only jest. She's everything right with this world, and dragons would be so glad to have known her. I only hope to introduce them to her one day, because it really is all she desires. She studies them as well, you see. Lois runs a museum and safely stores remains that she has collected over the years.

Past-travel, see. That's where I seem to have the advantage in my profession. My father passed this knowledge on to me at young age. Well, I stumbled onto it, really, and he hadn't a choice but to tell me of his past-travel adventures in great detail. I threatened him, see. But, more on that, later. To be able to educate minds from having lived actual moments in time isn't quite the same as having just read about them. "But, but professor, how can you possibly prove that?" How can I? It's become a troublesome matter, to have to fabricate stories from truth. I have in fact become my father in a way. Nothing to show for my travels into the past. It's just a secret to keep from the world in shame while we all continue to make the same miserable mistakes. If only we could somehow see beyond that. The future. If perhaps someone like me has been able to discover a way to travel to it.

If only I have. In a dragon. You see, I have come across some interesting artifacts that looked rather peculiar in my sister's collection. In her office, there was what she called new aquisitions. These were dragon scales, delicately pinned to a cloth under a lamp. Certain scales were iridescent, and there were quite phenomenal. I read about dragon scales that appear to change color in a gradual manner as the angle of illumination changes, so can the dragon's ability to change time. Or, something like that. I can't entirely be sure now because I am here, where books are in light-boxes without pages. Now, I know my father explained to me time and time again, no pun intended, that traveling through time is a delicate matter and a lot goes into it. What all goes into it? The issue at hand is that my father is a past-traveler, and I happen to be in the future. Does my sister know I left her office? Technically, I am in her office, in what appears to be decades later. Which, good for her, it seems, because there are a lot of beautiful discoveries in here now about dragons. Although, if so much time has passed, I may have to face a reality I'm not entirely ready for. A life without Lois. I hear footsteps. What if she sees me and I frighten her? Should I let her see me? What if she cannot see me and walks right through me? I unfortunately gave in and cower, hide behind the desk. The knob turns, the door opens.

Cat mom of 3 (1 in Heaven), Animal Advocate, and Surreal Photographer.

More stories from Joannis Rodon and writers in Fiction and other communities.