by Waters Dragonfriend 4 months ago in Humor
Report Story 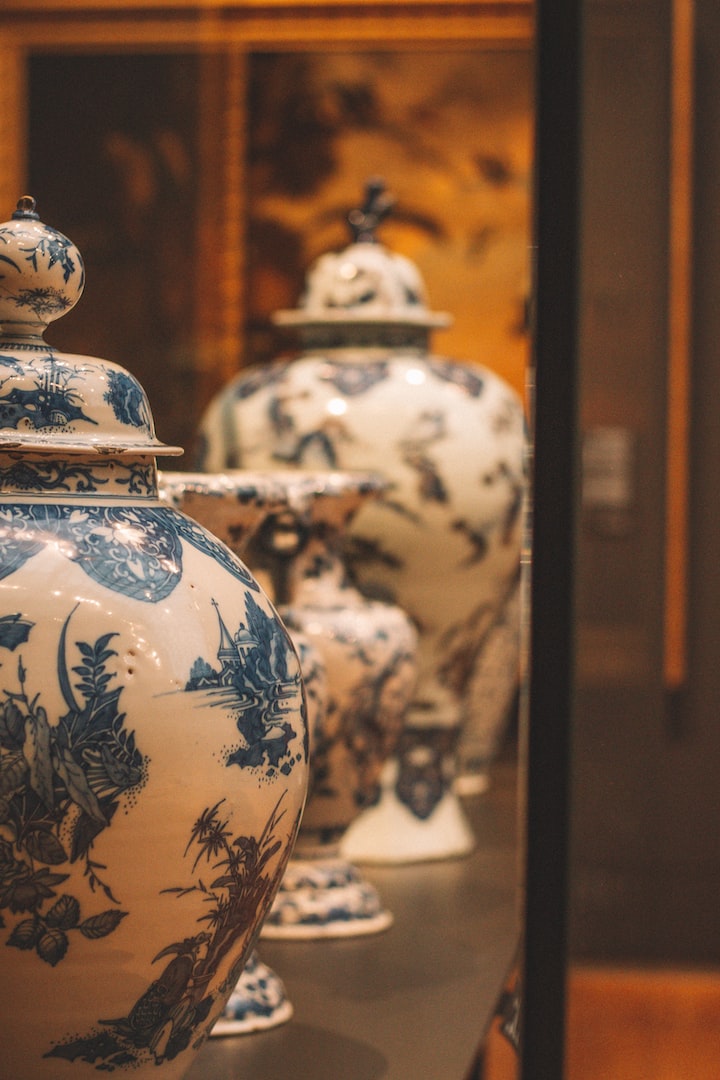 Photo by Loes Klinker on Unsplash

I have a confession to make. You remember Mumma's Vase? You know the one we capitalised because it was her most prized possession? The one that was broken the day you and Dad were at an anniversary dinner?

Well, I know we blamed the cat. Which you never really believed because you found my signed baseball wedged behind the cupboard the Vase lived on. I think it's time I told you the truth about what happened that day. It's been so many years and this has been weighing heavily on my heart and soul. Truthfully, every time I pop into Confession the only sin I have to confess is this lie. Father M urges me every time to talk to the people who can help me the most. For some reason, he keeps urging me to talk to my doctor... I'm not too sure what that's about but he's getting on in years and perhaps he's forgotten you're not that kind of doctor?

It was the cat. Just not our cat. It's hard to believe that fat old Moggy-Mog was ever capable of getting on top of the shelves. He looked like a watermelon with legs and weighed twice as much. Plus I always suspected he needed glasses. He would've looked so debonair in a monocle don't you think?

Anyway, back to my story.

You and Dad had just left for dinner. If I remember correctly you were going to the same place you proposed to dad at, which was an hour or so away from home. The neighbour was coming over to look in on us. I always thought this was just to test my babysitting skills, to prove if I was old enough to watch over the twins by myself. After you left Mrs Timms checked in, making sure I had snacks prepared and all the sharp stuff put out of the way. She quizzed me! Asking safety questions and hypotheticals, like what would I do if there was a fire, or if the house was invaded by talking mice! I was 16! what was I supposed to do with talking mice? But I remembered you telling us that our neighbours were a little strange and just to be polite and maybe humour them a little. I told her I had an evacuation plan ready, complete with emergency numbers as well as a camera in case the Pied Piper and his mice paid us a visit.

If only he had! That would have been so much better than what happened later. The twins and I were sitting down to our sandwiches for afternoon tea when all the electronics went crazy! The TV was changing channels, the stereo flicked off and on and the lights changed colours! It was the weirdest unplanned home disco we'd ever seen. The twins started to dance and jump all over the furniture. I tried to stop them! I swear! But they made a solid argument for the couches being impossible to damage based on their cushiony construction. So I bounced around with them for a while. The lounge was messy for sure, but the Vase was in another room and totally safe from the chaos.

So there we were, rocking out to the impromptu disco taking place in the living room. The twins were just starting to wind down and talking about making popcorn when the doors and windows flew open. I rushed to close them as the twins started screaming. The air got really cold and there was rain pelting through even though the sky had been clear moments ago. Before I could shut everything a tiny UFO came darting through and hovered in front of us. It was the cutest and oddest thing I've ever seen. It was about the size of Blair's drone - you know the one he dressed up like the Millenium Falcon? But it had whiskers! And a tail! Seriously it was like a tiny Cat-FO! It started flying around the house and this orange light shot from where its eyes would have been. I told you I would have preferred the mice right? I didn't know what to do. The twins were still screaming and crying (about the end of the world or cat aliens or something) and this thing was beaming and darting and... what should I have done! I screamed, I grabbed the twins and ran. The Cat-FO was beeping and beaming behind us as I made it to my room. I slammed the door (which broke the pictures on the wall - I'm so sorry I never mentioned that part before) and scrambled for my phone to call you. Before I could figure out that I'd left it in another room, my door vanished and the Cat-FO swanned in like it was in charge! We froze behind the bed (Ella was under it I think). Blair and I were barely breathing as we waited to see what would happen next. The beeps changed tone and started to sound like a meow. It was an awful loud electric sound like someone shrieking on a guitar - Mmrow-row-row-row. The beam stopped shooting outwards and became a yellow downwards stream that hundreds of little cats slid down to land in a tinkling pitter-patter. They went everywhere!

After a few minutes of shock Blair and I dived into action. He grabbed my baseball bat off the wall and I went for the butterfly net I never tossed after my insect phase. The chase was on. Blair was swinging the bat going for the Cat-Fo as I tried to round up all the aliens. Kittens. Kit-liens. After a bit, the FO tore out of my room and down the hall with Blair chasing like a wild thing. Ella was coaxed out from under the bed by the Kit-liens trying to crawl all over her. We caught them and flushed them all down the toilet and went looking for Blair and the FO. I did not like where I found him. He had the FO cornered in the kitchen, right in front of the open fridge. The room was getting super cold as the air streamed out of it and I was desperate to get it closed. Ella looked like she was turning purple she was so cold. The Cat-FO was darting this way and that in the fridge as Blair tried to use the bat to dislodge it and flick it out. There was food everywhere! I grabbed the spray thing from the sink and hosed it. It didn't like the water at all! But it was so cold the water froze as it sprayed. Poor Blair had just given up on the bat and gotten a hand to it as well. That's why his hand was sore the next day - his hand stuck to the FO like that time he stuck his tongue to the freezer shelf.

Anyway, he shook his hand super hard and the Cat was loose again, tearing madly - although a little wobbly - down the hall. We gave chase once more and sadly we ended up in your study. Yes, that hallowed room with all your stuff. And the Vase. I know you didn't like us being in there without you but the Cat-Fo flew straight through the door and who knew what damage it would do! The lights went haywire again, changing colours quicker than you always said I changed my hair colour. It was darting this way and that, shrieking that awful noise and beaming everything in sight. Ella was brilliant though - she came up with a plan to open the window and chase it outside. As she opened it Blair and I grabbed everything we could find to throw at it. We were balling up papers mostly and tossing them but the blasted thing was just as quick as Mog when he was a much younger and skinnier cat. It dodged most things and what it didn't were too soft to change its course. Which is when I remembered the baseball collection. I grabbed them off the stand and started pitching as if I was an outfielder. Finally, the signed ball that got me grounded all those years ago, collided with the Cat-FO and I heard it crunch and clatter as it flew backwards and out of the window.

We quickly slammed everything shut and turned out the lights to hide from the thing in case it came back with his friends.

I'm so sorry I never told you the truth. I was so unbearably tired and sick the next day that I was having trouble finding the right words. That's why I blamed the cat. I still cannot explain how the baseball got lodged behind the cabinet. I saw it fly out the window with the FO.

Anyway, I love you. Father M was right. I do feel better for having told the truth (still not sure about his doctor comments though - maybe he's losing his marbles a little?).

PS - Can't wait to see you at the twins' birthday next month!

Blair here. Ella said Jay was writing you a confessional and I was curious. Now that I've read it I wanted to add something. Ella still doesn't remember that day. I asked her once if she did but all she can remember is asking me to get the mushrooms for our sandwiches. So I need to confess that I stole the mushrooms from Mrs Timms' basement. She never locked the door properly, even though she always chased us away when we got too close to it.

Man, that day was weird.