by Lishka 5 months ago in Mystery 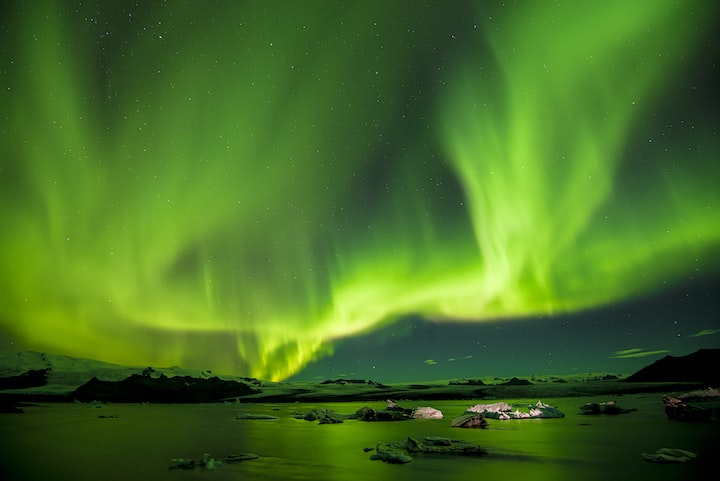 The day was overcast, with the smell of distant forest fires mixed with the humidity of an unusually hot summer. The wind blew warm, heavy air into a crude wooden building that served as secret meeting place for the four children gathered there. It was time to discuss that nights mission.

Because, there was something odd happening in their small town, and they knew the adults were too disbelieving to notice it. But it had to be investigated.

Jack stood, tall and lanky, his hands cupping his thin, freckled elbows, peering out of the window across the wooded area behind the fort. His red hair was slicked back with wax, as he saw important detectives have it on television shows when they meant business. And today, he meant business. He wore a poorly tied striped tie over his E.T. t-shirt, which he had nicked from his dad’s closet especially for this important meeting.

On the floor sat Sal, whose full name was Sally, but she never went by it. Her dark hair was tightly bound in two long braids, which her mother did up every morning in an effort to keep her fine hair from tangling when she ran wild with her friends.

Next to her sat Greg, a slightly chubby but quick witted kid with his bright red cap worn sideways over brownish red curls. He wore a calculating expression, and held a small notebook he always kept on him open at the ready, pen poised to take notes. He loved taking notes; it made him feel organized.

And sitting on a scruffy stool that never ceased wobbling, because they’d lugged it there from the nearby junkyard, was Trevor, sucking loudly on a popsicle and furling his eyebrows in deep thought, his large glasses slipping down his nose across the bandage he had from running into a tree on a dare.

Jack finally let his hands fall to his side and stepped forward to indicate he had a contribution to make. Everyone looked over at him, attentive.

“Well, its clear we’re going to have to get closer to the source. And I think I have a plan. Hand me that map, Trev.”

Trevor jumped down from his stool, and passed him a large, dusty map. Jack lay it flat on a plank of wood nailed to the side of the club house like a makeshift desk.

“So this light was seen already 4 times, by us anyway. And it was shooting this pillar of light somehow into the sky. I think it must have been over past the woods, past the junkyard...” He was pointing out the direction on the map.

“So, right by Mr. Thompsons you mean.” Sal said uncertainly.

“I dunno... could be.” said Trevor even more uncertainly. “It seemed unlikely to be coming from a regular house though..”

“Yea, but you know how weird Mr. Thompson is”, Sal reminded him, as Greg nodded.

They looked meaningfully at each other. Mr. Thompson was an eccentric old man who kept a large house on the edge of the town, and had very little interaction with his neighbours, or anyone really.

To the kids he was unapproachable and creepy, because they knew nothing about him and he was always alone. Stories in the town were well fed on children musing about how he was a vampire, or a secret agent, or that he actually spoke to birds. No one could ever produce real evidence to back up their stories, but all the kids could not really say for sure they knew otherwise. Thus the tales persisted, and even the more daring kids kept a healthy distance.

Now the Group of Four, as they referred to themselves, stared at the map where Jack was pointing.

“I think that is where we should start.. I mean, we all know he is weird. He could be making the light for all we know, or maybe he knows something about it..” Jack said with determination. “I think we should go there tonight and see for ourselves.”

The kids looked at each other. Then, slowly, they each put one hand over the map, each one overlapping the next with Jack’s on the top and Greg’s at the bottom.

“All for one, and one for all!” they shouted in unison, in an attempt to dispell the uneasiness they all felt to some degree.

“Come on, we will need to be brave. What if this light is a secret weapon and the adults just continue being oblivious because no one takes strange things seriously after they grow big. But we will be there together, invisible as the Dark Riders. Mr. Thompson can’t go after all four of us!” Jack said, trying to encourage the rest.

It helped, and they planned to sneak out of their homes later that evening, and meet back at the fort with whatever they could find for the mission. Greg reminded them not to forget snacks, and wrote down all the things to look for in his notebook.

Everyone left feeling various degrees of nervousness, but Jack felt more determination. He was often the one that stood his ground when he felt convinced of a missions importance, even though this felt like the most epic of missions.

Sal walked with him, as they lived next door to each other, while the other two took the lane that wound around a few blocks further to the cul de sac where they lived a few houses apart.

“I think this is a very important mission,” Sal said after some thought, “but we will need to be very careful. I feel it in my gut. This is a weird thing we are walking into.”

Sal was a big believer of listening to her ‘gut’, ever since she nearly missed being hit by a car when she was six. She’d felt a sudden urge to stop trying to cross the street, shortly before a speeding car drove through the red light. She felt it was not just luck, but something more, like what animals felt in the wild. The others respected this, and tried to locate their gut feelings, but usually it just told them they were hungry.

Jack nodded and they said no more, each thinking about the task ahead, until they parted ways at their homes. Jack ran up the steps to his door, going straight to his room to pack. He felt the energizing anticipation of adventure. He had seen the light, so he knew it was not ‘just nonsense’, like his dad had told him when he tried to bring it up. His dad brushed off a lot of what he said, but it didn’t matter, because this time they would find the source on their own.

He grabbed his flashlight, threw in spare batteries, then went over to his cluttered desk, where he grabbed a magnifying glass, army binoculars, and his swiss pocket knife. He packed his old cadets sweater with the fabric shoulder pads. He had a decent slingshot, and a toy bow he’d carved his own arrows for, so he figured it couldn’t hurt to bring those just in case. Lastly, he grabbed his compass with the keyring attached to one of those multipurpose fold up tools with screwdriver ends and such. He was bringing anything he felt might be useful.

Then his mother’s voice could be heard calling him down for dinner, so tactfully he shoved the backpack under his bed and ran down the stairs.

Jack ate impatiently, so that his mother scolded him and told him to slow down or he’d get indigestion. She was always worried about indigestion. It was why she never allowed them to eat any sweets or even fruit before supper. Apparently, sweet foods caused the digestion to lag if eaten before a meal, or something. She was always bringing up the latest thing she read in her health magazines, but no matter what she said, nothing could convince Jack that sweets were problematic.

After he finished, he went upstairs to wait, just as his friends had in their separate houses.

By the time they met, it was well past dark and the smokey smell in the air had dissipated. Each had snuck out to meet at 10pm at the fort, Trevor being 5 minutes late due to having to evade his family’s new puppy.

Once there, it didn’t take long to finalize their plans by lantern light. They solemnly agreed to secrecy, each of the group now quiet and apprehensive. Only Greg chewing bubble gum broke the silence as they shouldered their packs, and set out.

They each held flashlights, as they made their way across the silent woods towards the junkyard, behind which Mr. Thompson lived. The woods were thin and children from the town played in them often, so they felt no danger crossing them at night. Apart from a quick snack break insisted on by Greg, they made swift progress, and soon entered the junkyard.

Here they had to be more cautious, as while there were no gates or fences, there was a hired security that patrolled the area. Sal and Trevor had found this out the hard way, when they attempted to rescue a large ragged arm chair from the premises for the club house. They were caught, and their parents called as they sat dejectedly in the small cubicle the guard watched television in when he wasn’t walking around.

Trevor beckoned to them, and they hurried over to see the guard walk into his hut. Quietly, they crept past on all fours, so that they passed beneath the window unseen, then scuttled behind a pile of old couches.

They were close now. Jack beckoned the way, after consulting the map and compass. They could already see the top of Mr. Thompson's house.

Finally outside the lone house, Jack said quietly “Okay, now Sal and I will take the right. Greg, you and Trev go around the left side. We meet in the back.”

They set off, each creeping in through Mr. Thompson’s front gate, and then around the side of the dark, foreboding house. It seemed to Sal that no one was in.

Jack hurried forward, and they met the other two in the back behind a shack. The hairs were sticking up on the back of his neck, and he could tell the others felt the same from the stricken expressions on their faces. Everything suddenly seemed ominous, from the shadows cast by the back porch light, to the tarps in the yard.

And just then, they all heard a sound and ducked behind a large wheelbarrow. The door was opening.

The black shape of a man stood there.

They watched tensely as he made his way down the steps, his features becoming clear in the light. He was holding something, like a bowl. A large cord ran back into his house. He set it down, and the children saw it was a very large light. Then he adjusted several large objects, in a circle around it.

And he turned on the light.

There was their mysterious green light. Strong enough that it shot upwards into the sky, but more important for Mr. Thompson, strong enough that it reached the countless tomato and strawberry plants surrounding it in a large, neat circle of planters.

They nearly laughed, but he had noticed them. He walked over, a slow shuffle, and they would have run but he had already spoken up.

“Any of you care for some strawberries and cream? I got more than an old man can eat, and there is only so much jam I fancy makin’.”

So as they waited on their parents to come round to retrieve them, the Group of Four ate strawberries with their new friend, the town vampire, or was he a secret agent?