by Gal Mux 11 months ago in Sci Fi
Report Story

And the era of the underdog 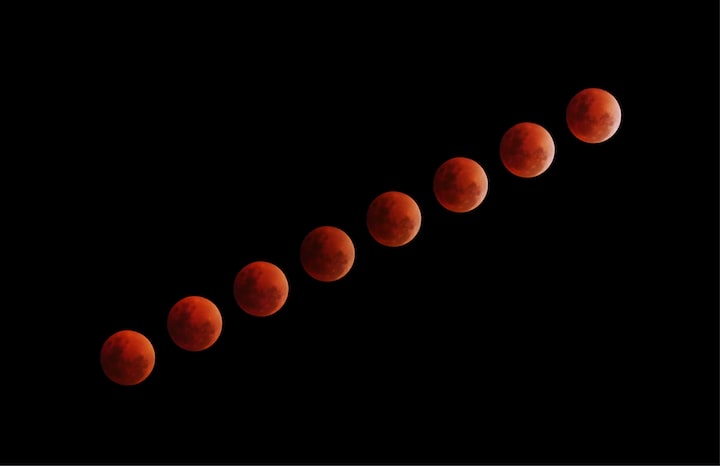 Photo by Jordan Opel on Unsplash

Willy looked around and it finally dawned on him. All these years he had guessed it. He had felt it deep within his bones. The words his family had always told him meant the opposite, but his gut feelings had always laid it plain and simple. People don't love you for you. They only love what you can do for them.

He clinched tighter to the heart-shaped locket hanging on his neck that his mother had given him and it seemed to bring back painful memories.

"You can't come with us, Will. You know we would want you to, but the future of humanity is at stake." his father had told him. "I may be on the team, but I don't make the rules. Resources are limited on the voyage ships. You know that well enough. You helped design the system..." He continued.

Tears trickled down Willy's face. He was a grown man but he couldn't help it. Even if he knew this, hearing the words said by the man he had trusted with his life cut through him like a knife. All his life he had dreamt to be on the team that led humanity to Mars. Earth was becoming unhabitable. The meteor had been drawing closer and closer. Its fragments, the ones that had made their way to earth had been causing havoc. In less than three decades, the earth would be a raging pit of fire and dust. It was time to leave. And regardless, he had always strongly believed that the colonisation of other planets would be a triumph for mankind and he had dedicated his life to making that happen.

Since he was a small boy, he had been tagging along to his father's study reading about his research, and in secret had been devoting their computational power to finding life on other planets. That's how he had discovered Llyopia the 11th planet a proud moment for him and his family that guaranteed him an official position in his father's team. But that had been a while back.

He was 23 now. It had been 6 years since the last ship that was carrying his family had left the earth. He remembered explaining the process to his teenage sister as he helped buckle her up into her seat. He had tried to be strong. He knew the cabins by heart as he had helped design them.

There wasn't any time to talk because at this point all had been said and done. Plus his family would be on a voyage to Mars yes, but they could always be in communication. He had also helped design the hologram communication systems so there wasn't really much to be sad about. They would be away in physical form, but they were always reachable.

In the lab, Willy rolled his wheelchair towards Matty who looked at him dead-faced. They were figuring the final stages of their plans. They were finally going to leave earth.

"Yyyy yo yyu yoou yiu you are clutching the locket again. Marty stuttered.

"Yes," Willy answered. "It's what I do to feel angry. It fuels my desire to succeed at this. We cannot fail."

Kat smiled as she signed "calm down" to Willy. He ignored her.

"How many package x27 have we sent so far." He asked Matty

"Cool," Willy answered. "Next week, we shall show them who is the stronger link. They left us because we were undesirable. Because we weren't fit to perpetuate the human race they said. We weren't good enough to lead humanity to the future. Yet they depend on us to run their systems to ensure that they make it. To grow food for them and to send it to their mother ships. We were not good enough to be saved, but we are good enough to serve them? They are the ones that brought us to this earth. They told us they loved us. That we mattered and that there was a purpose behind why we were the way we are. We the undesirables are here waiting for the goddammed Armageddon as they drift away to the future! We shall see about that." He smirked.

"Calm down." Kat signed to him again.

When Willy had learnt that Voyage policies would not allow anyone with a disability passage to the new planet he was heartbroken. He had been fighting for inclusion but the BGM's team had won. For humanity to survive especially in unfamiliar territory, the persons with the best genetic material would be given priority. The undesirables would have to remain behind and ensure that the perpetuation of their race. That would be their contribution to the mission.

The groups had initially been termed as SGM and IGM implying superior and inferior genetic material respectively but it had proven to be a public relations nightmare so they settled for BGM. If you were gay, had defective eyesight, stuttered, limbed, were autistic, was deaf, dumb, or blind, were less than 5'4 in height, belonged to a culture that married close cousins up to the 7th generation, came from a family with a history of genetic diseases among other thresholds, you were ineligible for consideration. If you were too religious, you were also not allowed to apply. You were deemed to be easily manipulated and that would be detrimental in the event that the humans on the voyage would encounter a superior species outside of earth.

If a person was deemed to not have the best genetic material on the ship or in the new planet through birth or an illness, the policy was sealed on what would happen to them.

Apparently, the resources that would allow for inclusion were strained. Yet billionaires who could afford to pay for costs associated with transporting them and their teams to the new planet had commissioned luxurious ships, cabins, and living stations on the new planet.

Willy knew about them because he also had been working on these projects. Why couldn't these resources have been channeled to ensuring more people got into the ships instead of providing luxuries for just a few?

Willy had had enough! If they weren't going to include them, the undies as they called themselves were going to create their own passage to Mars.

Initially, out of anger and frustration, he had intended to quit working for the mothership project. If they didn't want him, they shouldn't have wanted his expertise and services he reasoned. But that would be counterproductive. He had also dedicated his entire life to this. Quitting would not give his life's work purpose. It would also not solve the problem. After a maddening back and forth on this, he had decided that he would instead use his position and the resources available to him to create the future he wanted.

The project started on the day he learnt about the voyage policies. Instead of breaking the news to members of the undies association, he told them of his plans.

Moving forward, every tool he made for the luxurious ships and living stations for the billionaires would be dual purpose. They would design them and create them then send them to the mother ship for usage. The undies in the meantime would be building a ship that would grant 7000 undesirables passage to the new planet.

The multi-purpose tools designed for the billionaires and mothership would be made in a way that upon their reach to the mothership and the new planet, they would be coded to attach themselves to the undies ship and living spaces in a manner that would render them useless for their previous purposes.

Because there were few divisive policies or opinions that would slow down the process on earth, the project would go faster. Their anger and discontent at their predicament would be their fuel. Not every undy could get a chance to be on the ship. Not every one of them wanted to go anyway. But they were willing to devote their time and resources to make it happen. They would be a commune. If one of them was on the ship then that would be enough. It would be their measure of satisfaction.

Once on their voyage, they would manage the stations on earth remotely. The voyagers and billionaires on the mothership and pioneer living stations would have to depend on their expertise just as initially planned. Any policies passed against the undies moving forward would also harm the pioneers. At this point, the undies would be the Pharaohs.

His parents had not cared about him. The policymakers and billionaires cared less about them. They only cared about what the undies could do for them. This time around, the tables would turn.

The 7th of July was finally here. All 7000 undies were strapped to their cabins. Droves of others had arrived to commemorate the occasion. Outside, they were shouting, crying and screaming. They were overwhelmed by a sea of emotions.

"Captain, our cameras have picked a huge gathering and celebration at the base on earth." Major Tom reported on the mothership.

"Why are they so excited about sending us supplies?" The captain puzzled. "I guess they finally decided to accept their fate. Not everyone is meant to survive, unfortunately."

Little did they know. In the course of time, they would be met with a huge surprise!

At seven minutes past seven, the ship The Undesirables shot into the sky. It was the beginning of a new era. The era of the underdog.

More stories from Gal Mux and writers in Fiction and other communities.