The Tulips Should Have Died by Now

by Kalina Isoline 11 months ago in Short Story
Report Story

When 10 year old Amelia is thrown off an untrained horse and bed-ridden for the summer, she finds her once insatiable appetite for attention turning to a tangerine like sullenness. Until, she receives the bad delivery. 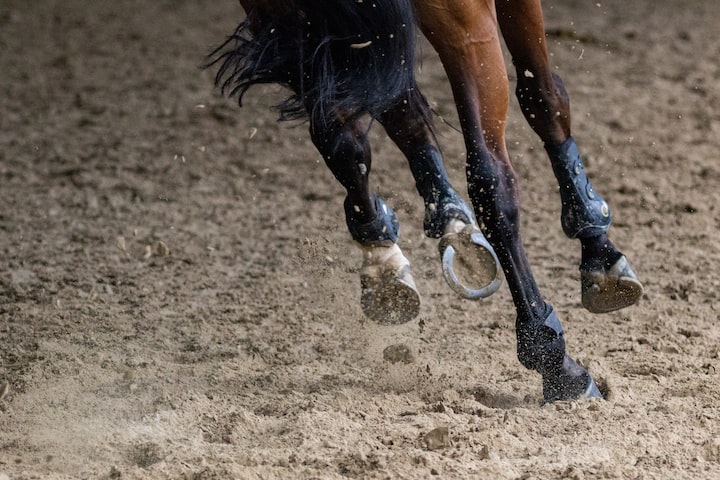 Photo by Philippe Oursel on Unsplash

The first time I fell off a horse, I almost landed on my feet.

Her name was Marigold and I can't remember if she was old or young at the time, but I know that she was very much one of those things, and that I was 10 years old.

Marigold wasn’t a fantastically trained horse, but it was summertime in Poland so they let you ride just about anything if you pay a few złoty. The choreography of the whole thing went like this: after two or three rounds around the ring, Marigold reared me off when I was least prepared, though at the time, it didn’t cross my mind to be prepared for such a thing at any point at all.

My head jolted forward into the horn cap of the saddle with a good amount of force. This part was more painful than the falling, and left me with a black eye that lasted two weeks. Every time I passed a mirror, I stopped to admire my black eye.

I don’t remember the first few moments after falling. The following seconds, I remember in slow motion. Motion so listless that everyone besides me stopped moving altogether. Then my uncle came rushing to my side, followed by my mom. Trainers stopped training, riders stopped riding, the world stopped turning, and all of that just for me.

I had fractured my cheekbone at first impact with the saddle, and broken my right wrist in some attempt to break my fall on the way down. This came as a surprise to me because I felt that whether or not we had a personal connection, Marigold and I at least respected each other.

When I left the hospital the next day, the first person I saw was my Aunt, who would drive me home. Before she said hello, she gave me a foot long Milka chocolate bar filled with caramel and nuts. I had no idea they made chocolate bars so big and couldn’t help but think she was saving it for a special occasion. Like she had been waiting for something terrible to happen to someone.

I wasn't immobile, but I was in a lot of pain. I slept a lot, which made my family feel even worse for me, which in turn made me wonder, why? I was thrilled with my newfound excuse to remain horizontal for the remainder of the summer.

I received so many footlong chocolate bars that they started to mean less and less to me. It was an established fact that 10 year old horse girls loved pink, and pink flowers were the cheapest, so there was a redundance of pink carnation deliveries, then came the pink tulips, even some pink roses from Uncle Jakub. Everyone seemed to feel worse about the whole thing than I felt about it myself. Until I received the Bad Delivery, I had convinced myself that I was even enjoying the first time I fell off a horse.

The Bad Delivery came in the evening, when everyone downstairs was just arriving for some kind of dinner that I had a great excuse to miss. I was upstairs feeling bad for myself and reading a Pony Pals paperback that my Grandma had sent after the accident, a fourth edition called "Give Me Back My Pony."

"I'm not hungry, Mama," I shouted from the down comforter cocoon I had built in my bed, when I heard her footstops ascending the stairs.

"Lucky girl," she had her hands behind her back when she tiptoed into my room as if she had a secret.

"I know," I said, relaxing back into my stupor.

"The tulips should have died by now."

"Have you ever seen one of these?" Mama asked, pulling a bundle of fluffy golden orbs from behind her back. They were not from a store like the rest of the flowers, not wrapped in plastic or tissue or ribbon. The gaps were not filled in with baby's breath, and the bundle had been wrapped in twine. It was undeniably an image of pure and unadultered earthly beauty that Mama held in her hands. A few moments passed. "Beautiful, no?" she asked.

Maybe it was because I had never seen them before, they weren't available at flower shops or grocery stores in Poland. Maybe it was because I was 10 years old. Or maybe I had sustained some kind of head injury during my fall which had gone undiagnosed, but I was disgusted by this bouquet of tiny, warm, joyous and wild flowers. Beautiful as rotting rice, I thought to myself.

"Can you put them downstairs?" I said finally, reverting my attention back to Pony Pals and disregarding the messy feeling in my gut.

"It is imperative that you call Magda from the Stadniny Koni and thank her for the flowers. Do you know what imperative means?"

"Wait there, I'll get the telephone," Mama said, semi-relieved.

"Wait, Mama?" I chirped. She turned tentatively and raised her eyebrows, instructing me to go on.

"Magda, the riding instructor?" I asked. "Isn't it like, her fault?" I blinked. "What am I supposed to say?"

"Don't be fresh, Amelia. Just say thank you for the marigolds. How about that?"

More stories from Kalina Isoline and writers in Fiction and other communities.