The Top Five Reasons Your Date Was A Disaster

by Owen Schaefer 2 years ago in Short Story
Report Story 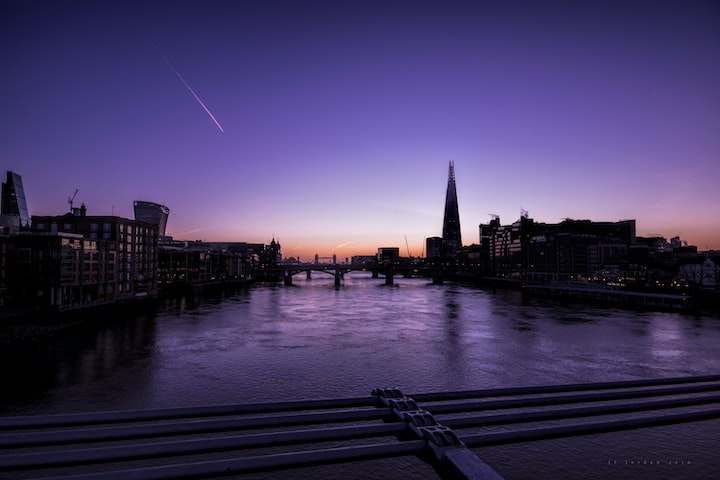 That’s right. You. Because you went ahead and joined a dating site for the first time, knowing full well that you’ve spent years telling your friends how much better it is to meet people in person — through work, clubs, classes, bars. But you did it. You did it because you needed to face the fact that this theory has been failing you. Everyone you meet at work or in bars seems to be uninterested or taken. And clubs and classes are just no longer something that is in your life. Maybe you needed a more direct approach.

But now you look at that profile page and think, This is not me.

It is you, of course. A carefully crafted bio and a photo from ten years ago, when you still looked like you’d just graduated university. You placate yourself by thinking that everyone alters their photos these days. Half of the profiles you swiped past looked strangely altered.

You could never bring yourself to spend much time learning the art of the selfie, so for your profile pic, you attempted to take a bathroom mirror shot then a few headshots on the sofa, your arm leading into frame, shoulders unnaturally tilted. And none of them looked as good as that ten-year-old photo. That photo is how you feel even if you know it isn’t how she’s going to see you.

And, as this strikes you, you consider backing out and going home — except that she is already here. She is here, and she looks exactly like her photo.

And you do not know what possessed you to attempt some kind Hollywood romance manoeuvre in which you arrive with flowers and tell her she looks lovely. Again, this is not you. But you just hasn’t been working, has it.

At least you didn’t get red roses. That would have been presumptuous. You’re not even sure what this bouquet is — they’re mostly purple. But you think it looks sharp, stylish. And you’re at least eighty-five-percent certain it isn’t a funeral arrangement.

When you produce the flowers with an embarrassed flourish, she snorts and says, “Really?” And if you didn’t already feel like were making a mistake, you start to feel it now.

Anyway, you hand her those flowers and she looks surprised and awkward. She dutifully sniffs them and says that they're beautiful. Then she tries to find a way to tuck them under one arm so that she can carry the bouquet, her purse, and the light jacket that she’s brought, and you realise that she’s feeling a bit overloaded. So you offer to take the flowers back.

And there you are, carrying your own goddamn flowers for the rest of the night like a numpty. Brilliant.

You call it that. You think it’s amusing, even though the plague was, of course, far worse, and if there were survivors of the plague on the internet today, they’d be blowing up Twitter to tell you that it’s offensive to even compare Covid-19 and the plague, then they’d call up your boss and get you fired. But people are still dying. Thousands of them, so you figure it isn't that far off.

Anyway, you’re walking slowly toward the restaurant, making small-talk about the weather, joking about bad dating profiles you’ve seen. The restaurant is a bit of a walk from the tube station, too, and that’s okay. You figured it would be a chance to talk — to just talk like two friends taking a stroll, and not like two people facing off across a table trying to uncover one another’s faults.

The subject of the lockdown comes up, and the newly rising numbers of a second-wave. The two of you have chosen to do this — the forbidden mixing of households and all that, and you agreed that if anyone asked you would say you were brother and sister. It is a mutual rebellion.

Well, maybe it was you that suggested it. Maybe it was you that convinced her, told her it would be fine. But she agreed. She agreed with grinning emojis. After all, she’s here, isn’t she? She could have ghosted and said no if she really had a problem with it. So clearly you’re on the same page.

You tell her, “I guess we’re breaking the plague-time rules!” and she replies with, “It’s funny you should say that. I studied the bubonic plague in my final year. Wrote my dissertation on it.”

But no. In the end, it’s a good thing because you ask her about it, and she begins talking about her thesis. She’s animated and in her element, and you try to make some half-arsed comments about rats, but she corrects you, saying that new evidence shows that rats may not have spread the plague as much as we originally thought. She tells you about how Blackheath was a mass grave for plague victims, and you think you’ve read this somewhere but you can’t really be sure.

And now you’re awash in the weight and breadth of her knowledge of the subject. And at some point, she realises that she’s been doing all the talking and goes quiet, and you can’t think of anything clever to add, so you laugh and say, “Yeah, well, I did my degree in accounting. Beat that!” and she chuckles and the two of you walk in silence the rest of the way to the restaurant.

You wish you could punch yourself in the brain.

If you made one good decision that night, it was to book ahead. You reserved a table online, requesting a window seat in the box at the bottom of the page, and checking the tickbox that says you understand that you should only visit with members of your household or support bubble. Perhaps we’ll form a new bubble, you think. That kind of thing has to start somewhere, after all.

In the end, no one asks.

If you made one mistake that evening, it was chosing a restaurant that was so posh. When the wine list arrives, the only words you recognise are Chardonnay and merlot. You're not a wine-drinker, generally, and the other names on the page are an unfamiliar tangle of consonants. Ordering the house-wine sounds cheap, so you tell her you’re considering the merlot, which is not the least expensive, but a far cry better than the price of the Amarone or Abalone, or whatever it is. Thankfully, she agrees, and when it arrives, you clink glasses with a self-conscious laugh, and drink gratefully.

Then, she admits she knows nothing about wine, and you admit to only recognising the two names, and you both decide that the bottle in front of you is excellent.

You might even mean it — right now, it seems like the best wine you’ve ever had. And a little bit of hope sneaks into the evening.

She talks to you about her life. About her family living in a single house. About having no privacy because she had to move in with her parents again after being let go from her job. You tell her that you were lucky enough to be able to work from home, but your home is a tiny flat without a balcony, and you feel trapped there, unable to leave except for jogs in the overcrowded park. You admit to washing your groceries when you get them home. With dish soap. She tells you she holds her breath when she passes someone not wearing a mask. And you tease one another over who is more paranoid. The conversation, like the wine, flows. And you think that maybe this was a success. Maybe the restaurant was a good choice.

And then the bill arrives and she asks if you can split it.

You try to refuse but she insists, and now you watch as takes the bill from you and tries to cover her shock at the price of it. Again you try to take it back, but she is adamant. Angry, almost. Insisting on paying her share. And she does, and you try to save face for the both of you by offering to pay for her Uber home. She accepts.

You walk together back along the river toward the high-street for a bit, the evening is cooler. The awkwardness of the bill debacle fades, and you talk. Laugh. She puts on her jacket and takes the flowers from you, carrying them cradled in one arm. And the two of you pause for a few minutes to lean over a railing and peer at the barges passing over the dark river.

She leans into you, and you kiss there. You aren’t sure who initiated it. You hope it was her.

For a week, you keep in contact with texts. Nothing passionate. Nothing even flirty. Just updates about work, about the looming second lockdown, about the cold. And one day she does not respond. This ghosting comes unannounced, and goes on for four days. When she does respond it is this:

You need to get tested.

Your first thought is, But we didn't even have sex.

Then you realise. It's the fucking plague. She’s tested positive for Covid.

You also test positive, which seems impossible because you feel fine. She has what they’re calling a mild case, but even that, she tells you, is worse than the worst flu. Still, it is her family she worries about. Her grandmother. They’ve isolated the por old woman — locked her into a room, sending food in through the door like she’s a prisoner. Scrubbing down the washroom with alcohol before and after every use.

And then, two weeks later, her grandmother is gone.

There is no telling which of you had it first. Maybe you gave it to her. Maybe she gave it to you. Maybe both of you caught it at the restaurant. Or maybe you both got it from different people at different times, though this seems unlikely. You get texts saying that she doesn’t blame you. That there was no way of knowing. She even tells you that she’s been shopping two or three times between your date her symptoms.

She texts you a couple of times to say she’s getting better, to say the rest of her family are fine. She tells you that funeral arrangements are heartbreakingly sad and difficult, and you wonder if you should send flowers. Then you think of the date again and decide against it. She doesn’t need any more flowers from you.

She writes to say she's sorry that all this happened. And you can't comprehend it. Can't comprehend anyone so good. So forgiving. So self-effacing. She should hate you. You do. You will screw this up. Ruin it. Worse — you already have. You are the rat. It has always been the rats.

So you stop replying. And in time, so does she. ◼︎

Thanks for reading! If you enjoyed this story, spread the love and share it to your socials! If you really loved it, a little tip would go toward a cup of coffee, and fuel more stories. Thanks!