The Test of Winter

by Jay Medina 3 months ago in Short Story 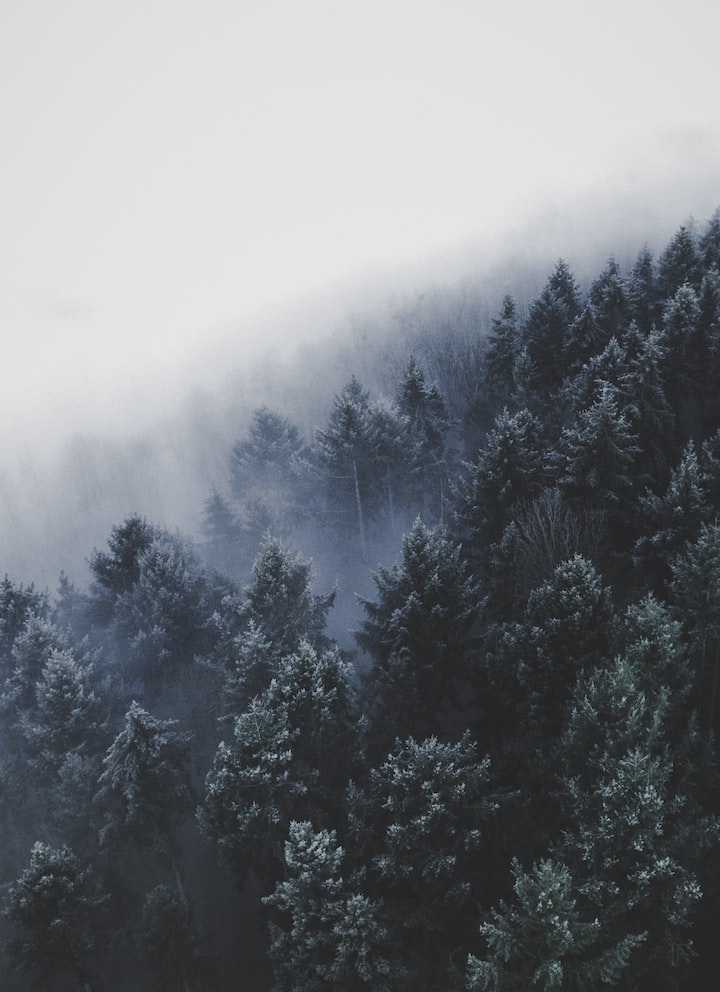 Photo by Christian Grab on Unsplash

The chilly air nipped at my face as I walked across the shimmering snow. Silent snowflakes floated gently down to the Earth below my feet, birdsong now vacant from the wind that carried its chill down my spine. It was the middle of winter, the snow glistening with the light of the oh-so-distant sun, and the wildlife had all since grown quiet before the last blade of grass was finally buried beneath the white powder. The water had frozen over, the fish still swimming underneath the ice of a frozen pond, prepared for the long winter without the fear of predators but also less oxygen and food. The remaining flora had either wilted upon the season's change or now weathered the storm as snow continued to fall. All was peaceful.

I know not every creature enjoys winter as much as I do. There's hardship, with many facing starvation, the potential to freeze, and many creatures losing their homes to natural events. Yet come the following spring, you see growth and rebirth, the wildlife having returned lusher and brighter than ever before, young animals calling out to their mothers from every which way. It is honestly such a beautiful phenomenon. That nature can go through such tough times, and come back with such vigor, it’s as if the winter never happened at all. The fall and winter seasons test this world’s creations, forcing them to adapt and overcome each obstacle that comes their way. The weak fall, but the strong survive and thrive, bringing more life into the world and continuing the cycle of creation.

I continued walking around the frozen pond and taking in my surroundings, observing everything around me. The trees were now bare, their leaves buried beneath the snow hugging their base. The squirrels I enjoyed watching during the spring and summer months were now hibernating for the long winter, their dens chock-full of many nuts and grains. A hare dashed across the snow and between my feet, fleeing from a fox not so far behind, and it wasn’t long before I heard the all-too-familiar squeal of caught prey. It saddened me, but only for a moment, as I knew the small vixen would certainly eat well tonight.

The hare’s prints still stood out in the snow, a mark from its short life on this Earth, proof it was here. Soon that too would be erased as the snow prepped itself to remember new prints, new traces of life, even if for a short time.

Many believe life is too short, that there is never enough time, there is always something else that needs to get done. But I disagree. Life, no matter the length, has its own beauty and pain that cannot be replicated in any other way once it's done. No single life is the same—each has its own narrative and overall story, and each individual will, in turn, react to it differently than another. That is the beauty of life, it is unique to the moment, it will forever be yours and yours alone. While death can be painful and hard, it exists to allow the creations of life to grow, as an endless existence would just cause “life” to remain stagnant, and would bring one to question whether it's life at all.

As the day continued on, I saw many eyes turn my way and then dash away, flowers bowed as I walked past, and the branches from up above swayed as if in a slow dance with the wind. The air was crisp and fresh, and it wasn’t long before I came across rowdy children and their doting parents playing in the freshly fallen snow. Their giggles and boisterous roars made the surrounding wildlife steer clear, but the scene brought a small smile to my face despite the noise breaking the delicate silence of the mountains. Snow was tossed around and rolled into large spheres, the children laughing as they dressed it up with their scarves and mittens, rocks forming a face with a smile similar to my own. Parents walked up and posed with their children's creations, bringing happiness and life to the white canvas before them. I slinked back into the treeline, amused by how easy it was for humans to create something new with whatever was around them; a small part of their own inherent beauty, the ability to create something new from something else in order to spark joy and bring people together.

Once I had removed myself from the loud scene near the bottom of the mountain, I continued onward, the snow now starting to pick up. It was falling down heavily, making it difficult to see even a few inches past my face. I could hear wildlife running across the terrain, eager to return to their warm burrows and dens, yet I stayed in the bone-chilling storm until I reached the peak.

To say the view was beautiful is an understatement. The sun was starting to set against the ever-distant hills, the sky turning a fiery yellow, a bright crimson, fading into a dark maroon, and then darkness as the stars above twinkled in the night sky. The moon, which was on the other side of the mountain, shed its gentle light onto the forest below, the wolves howled as other creatures bayed at the lunar beauty up above. Hearing the echoing calls of life despite the deadness of winter was music to my ears; the Earth’s creatures fighting onward while singing, celebrating being alive. The trees continued their dance with the wind under the moonlight, with owls resting in their hollows. Occasionally, I’d hear a screech down below as one of the large feathered beasts captured its dinner that evening. The forest was continuing to thrive.

The following morning the snow settled, a fresh layer erasing the events of the previous day and night, as if a fresh sheet of parchment paper had been laid down to create a new story yet again. The owls had since returned to their hollows, and daytime wildlife began to stir once more.

The humans had long since returned home to their heavily populated towns and cities, the storm being too much for their hairless bodies. I was certain they would return later today however, those silly humans always came back to break the peace. Despite the pollution and waste humans brought with them wherever they went, I still loved the humans just as much as I loved the grass beneath my feet every spring, and as much as I loved the ice covering the water during winter. I love how they can create just as I do, how they can take something broken and fix it again. They just need more time to grow is all, and I’m sure one day they’ll get there. If not, life will continue to grow and change, end and begin again, and I will be here to watch it in its entirety. I am Mother Nature, after all.

Receive stories by Jay Medina in your feed
Jay Medina
Read next: Show Me the Locket