by Arlene Butler about a year ago in Love
Report Story

The ties that bind. 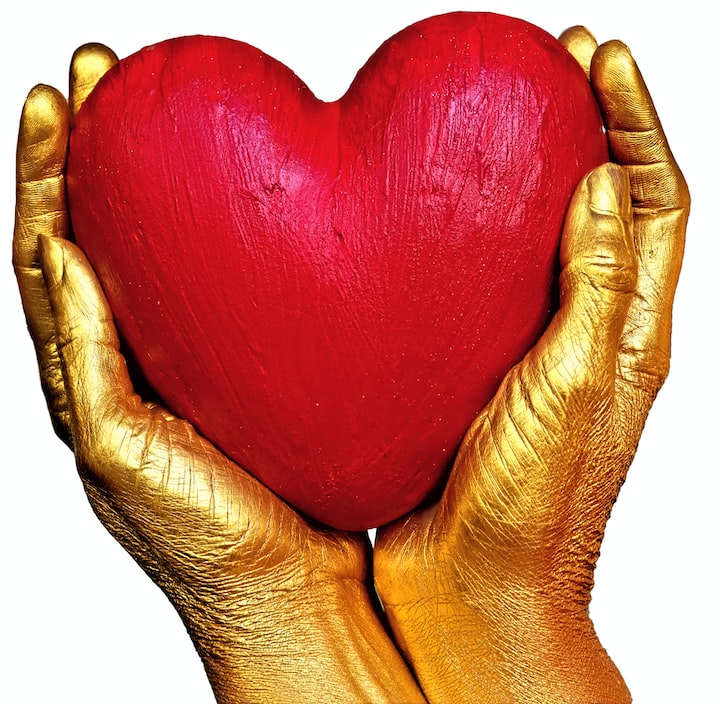 Photo by Marek Studzinski on Unsplash

It started like an out of focused movie. As the lens moved into focus, there were two young children playing at the playground. They went from the swings to the jungle gym to the slide. At each new piece of equipment, the glee was palpable. Each was a new adventure for these two. They helped each other get on and enjoy the equipment. They pushed each other on the swing so the one swinging could go higher and enjoy it more. They reached out to help and support each other go to the highest point on the jungle gym. At the slide, one would wait for the other to slide down into their arms. These children were not parallel players. These children were engaged with each other and obviously loved and cared about each other. What would break their bond?

As they entered school, they became aware that others saw their friendship as being problematic. Even at the start of school, the children were overtly and subtly separated into groups. Complexion became a way to divide up into dodgeball teams. Gender determined by genitalia determined which bathroom to use. Their family’s religion determined what holidays they did not come to school. The family’s income determined the quality of school supplies each child brought to school. These two often found themselves separated by these factors yet their connection transcended these incidental differences. Despite these institutional barriers, they remained close, and their bond was strong. What would break their bond?

During high school, their relationship went from friends and developed into a romantic one. Their parents disapproved because of how they defined their differences. Their parents planted seeds of doubt to try to break them up. This was the source of many misunderstandings and miscommunications. The parents said they thought that their child would be missing out on dating other people. They encouraged a sense of FOMO and then a sense of jealousy that the other was not being faithful. A gap was wedged, and a sense of distance was created. Both were sad, hurt, angry and too prideful to reach out to the other.

School ended and it was time to get serious about what they would each do to earn money. One of them went to college to study accounting and the other went to become an electrician. Some time had passed and despite being with others, there was still a longing between them. Ironically, they ran into each other at a coffee shop and started to catch up. It was like no time had passed. Then they sat down and had another cup, and it was clear that they were not done with each other.

Several months later after keeping their reunification a secret, they boarded a plane and went to Vegas. While there, Elvis married them. They returned and broke the news to their surprised and disappointed families. This time, they would not be influenced by the opinions of others and would only consider their own feelings, desires and needs. They had exchanged tokens that symbolized their love for each other and shared their hearts with each other. Now they had joined and declared their bond, it was unbreakable.

Yet the testing did not end. One made significantly more than the other and that earning disparity sometimes caused disturbances in their marriage. They were incredibly happy that they were going to have a child. Both had wanted to be parents and thought the other would make a good parent. They did everything to prepare to welcome the baby. Their parents were softening to the idea that this union could give them a grandchild and some acceptance seemed to be brewing. This came to an abrupt halt when the child was stillborn. The hopes and dreams of so many died that day. Would this break the bond?

The grief of a child dying did almost kill each of them. Often couples blame each other for a blameless situation. Many couples pull away from each other and lick their wounds separately. This leaves each person to suffer alone. Not these two, they pulled together and swore their strength and commitment to each other. Another child was not in their future, yet they did not let their sorrow kill their relationship. The bond held strong in the wake of grief.

There were more times of sorrow and more times of joy. Their parents all died yet that was after there was a reconciliation and an appreciation of the relationship, they had been so afraid to support. Their jobs had been full of challenges and successes. Finally, they saw that retirement might be in their foreseeable future. Maybe a condo by the beach was a possibility. During this time, the world in general was got going so well and then there was the Great Incident. They both died while attempting to get to each other unsuccessfully. Their love for one another was each of their final thoughts before they died. The movie that was so clear became black.

Many years before, there was a nuclear attack between this country and that one. They could not figure out how to resolve their differences. Their leaders just escalated their voices and threats. Then one pushed the button and the other pushed the button and everyone suffered. The Great Incident that everyone feared had happened. Most people died and those that lived often wished they had.

After the Great Incident, the part of the survivor's brain where love lived disappeared. The pain of what they witnessed destroyed those neuro pathways. There was just a flat response to all situations. There was no expressed love or hate. What remained was the will to survive. There was another exchange for this loss. It was a gift for some. The gift is psychometry. This allows someone to be able hold an object and feel the energy field that tells the history of the object. The problem was that most objects from before the Great Incident were destroyed. Occasionally, an object that survived would surface. Today, a survivor, with the gift, found a soot covered heart shaped locket. As they held it in their hand, they were shown the course of love. They felt it. They saw it in action. They cried at the loss of it. Their tears watered the seed of love and a new neuropathway for love started to form. The bond was tested yet their love remained and inspired from beyond. The seed of love remained and was reborn on that day.

For work, I assist people improving their lives. My life goal is to go to 100 countries. 92 completed! My project 1000 Cranes 4 Peace gives away origami cranes for peace. So far, over 15,000 cranes in over 50 countries have been given.

More stories from Arlene Butler and writers in Fiction and other communities.