The Tale of Clive Pepperfield

Love, Loss and a hit by The Kinks 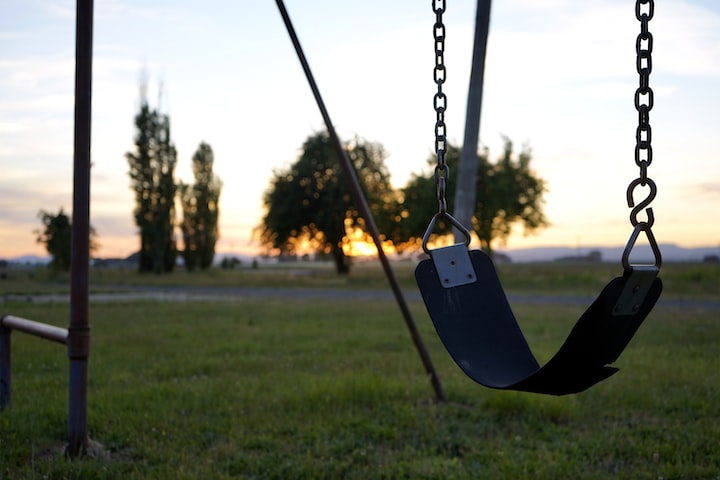 “So, what happened here Miss?” Police Sergeant Boucher eyed a broken window, an overturned desk, scattered computer parts and a nervous looking receptionist who had introduced herself only as Amy.

“He kissed me.” An older lady declared, approaching the policeman from the tea room.

“Right. You say he kissed you.” Boucher made notes. “Erm, so you want to make some kind of complaint? File a charge?”

“What? No! No, of course not. We just want you to find him.” Jessica smiled slightly. “No. He just flipped you see. One minute he was here, typing up his report. Then all of a sudden he jumped up, yelled ‘Bugger all this for a joke!’, grabbed me, threw me backward and planted a big kiss on my lips!”

The austerely dressed accountant seemed more amused than alarmed at her ordeal.

“I see.” The officer scribbled madly.

“Then he stood me up, grabbed a fork from his desk – he always ate at his desk you see – handed it to me and said ‘Here Jess. I’ve always wanted to give you a nice long fork…'”.

“I do believe it was a euphemism, officer…”

“Well yes. He ripped off his shirt, threw his chair through the window and followed it out!”

“Indeed officer. From up here. He leapt straight out to that light pole, slid down and was off. Who’d have thought he’d be that agile at his age…?”

“How old is Mr. Pepperfield?”

“Fifty-seven.” Jessica answered promptly. “Some of us ran downstairs to find him, but he was gone by the time we got outside. We called you.”

'Great. Another nutter.' Thought career policeman Steve Boucher. “Well, don’t worry.” He said aloud “We’ll find him just as quickly as we can. He can’t be too far away. C’mon Ollie.”

“Just when you think you’ve seen every freakin’ nutter in the world.” Steve muttered as soon as they were out of earshot.

The two officers emerged onto a busy street and almost immediately spied a mobile auto-repair truck next to a car parked at a crazy angle a hundred yards up the road.

"What’s been going on here then?" asked Steve as the two policemen approached.

“Mate! Some half-naked freakin’ idiot jumped on the bonnet of my car! He broke the friggin’ windscreen!”.

Sergeant Boucher glanced knowingly at J.C. Bridges. “Which way did he go?” he called.

The policemen headed in the direction of the pointed finger.

“Some bloke stole a bunch of flowers from my stand!”

“Yes, he gave them to me. He was sweet. Bloody crazy but.”

“He waltzed my girlfriend!”

They followed the chaos, until eventually a man ran out of a nearby park. “Hey! There’s a half naked old man sitting on top of the swings in there yelling ‘Ahoy!’ at everyone. He’s scaring my kids!”

“Bingo…” Steve observed cynically, and followed the man into the gardens.

“Ahoy there my good fellows!” Clive Pepperfield greeted the approaching policemen with a bright smile and a cheery English accent.

“Mr. Pepperfield!” Steve called. “Can you please come down from there?”

“Oh no! I’m afraid that is quite impossible!” came the happy reply.

Steve weighed him up. Wayward, graying hair topped a face that, while madly cheerful, looked older than fifty-seven. Much older. Somewhere along the line his trousers had gone missing as well. All he was wearing was an old pair of underpants. He was slight of build, with a paunch and a scattering of hair around his shoulders, chest and belly. He was crouching on the swings' crossbar like a balding chimp.

His eyes though. Mad as a bloody Hatter.

“Please Mr. Pepperfield. We need to get you down... Yes? What?” Steve answered a tug at his sleeve. It was the receptionist.

“Sorry. I followed you. Jessie didn’t tell you, sir. Mr. Pepperfield has been under a lot of stress…” She stole a glance at her former boss; amused, shocked and worried all at the same time. Clive saw her and called “Hello my dear Amy! You are looking beautiful I must say!”

“What sort of stress?” the sergeant pulled her attention back to him.

“His wife died two weeks ago. She had been very sick…”

Straight up, grabbing a branch of the overhanging tree and scrambling nimbly into the leaves. “Yarooo, suckers!!” he called, and began to sing…

“I’m alive! And the world shines for meeee today!”

Clive was on the move. He scampered through the branches of his new refuge before leaping again…

...and grabbing a branch on the next tree before changing songs. “I don’t feel safe in this world no more! I don’t want to die in a nuclear war! I wanna sail away to a distant shore, and make like an Apeman...”

“The Kinks.” It was Steve’s turn to educate Oliver. They both moved to the next tree. There was, by now, quite a crowd – all with heads upturned in bemused wonder.

The two policemen took a little time to summon firemen and an ambulance. Above, the singing continued…

“I’ll be your Tarzan, you’ll be my Jane.

“I’ll keep you warm and you’ll keep me sane.

“We’ll sit in the trees and eat bananas all day,

“I’m sorry about your wife, Clive. I’m sorry. Please. Come down and we can talk, okay? We need to get you safe.”

“Ellie? My Ellie? Yes. Do you know what happened to my Ellie?” The accent disappeared abruptly. Even from this distance, Steve could tell Clive’s eyes were suddenly lucid. 'Shit.' He thought. 'If I’m not careful, this will end badly…'

“She was very ill. She got the very best of medical care. Oh yes, the best money could buy. Lucky we had saved all that money for retirement, wasn’t it? They were very good. But do you know what happened? Do you know officer?”

“Come down and tell me Clive. Just come down.”

The tree shook with the madman’s rage, then he slumped wearily and stared into the distance.

“The sun still shone. The wind blew the trees outside. People were walking past. Cars drove by. Nothing stopped. Nothing even noticed. Only me…”

The comforting madness returned, and Clive grinned. “In man’s evolution he has invented the city and the motor traffic rumble. But give me half a chance and I’ll be taking off my clothes and living in the jungle…”

“He really likes that song, doesn’t he sir?” Oliver commented. The crowd was silent.

Clive had cheered up. Then he heard sirens. The Firemen were coming. 'Please, please hurry up!' Thought Steve.

“Woooooooooooooowoooooooo!” Clive began mimicking the sirens and moving again. Climbing rapidly through the branches he suddenly leapt. There was a collective intake of breath from the crowd as their Apeman soared between trees once again.

His hands clasped the limb of another tree.

There was a snap.

There was another snap. Wet, muffled.

Clive lay on the grass, his head tilted at a sickening angle, and stared through the trees to the sky above. Steve and Oliver rushed to him and while Oliver kept back the crowd, the crusty old sergeant bent to assess the damage.

'Bugger me!' He thought. 'The old bastard is still alive!'

“Don’t worry sir.” He said out loud. “Help will be here soon. You’ll be okay.” He lied, seeing the struggle for breath and the futility of it already.

“Sorry for all the trouble Officer..."

"Just hang in there for me Clive...", but Clive's eyes were already focusing on another world entirely.

"I’ll keep you warm and you’ll keep me sane…” he whispered with a crooked half-smile.

A shocked silence settled over them. From somewhere in the crowd Amy began to cry.

Beyond the ring of onlookers, a breeze made waves in the grass and rustled through leaves in the trees.

Cars drove by outside.

Just across the road, people sat in offices and typed up reports.