by Danielle Eckhart 5 months ago in Sci Fi

Our last remaining hope of survival 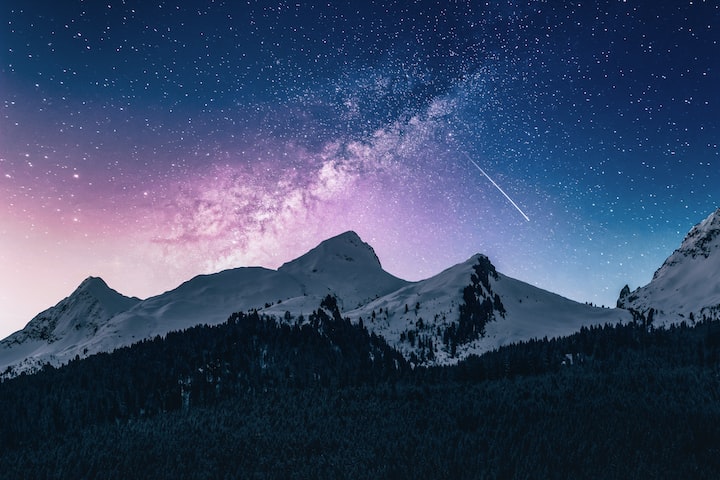 Photo by Benjamin Voros on Unsplash

My life has been a series of misfortunes that started long before my birth. In the 2050s, chemical warfare between countries nearly destroyed our planet. Only a few years later, the last departing shuttle to Mars launched. There were never going to be enough for everyone. These one-way trips were named Missions. To make it aboard required excellence or nobility, neither of which my family had. The Missions held the leaders, scientists, and the rich people of the country. People like the rest of us were left to deal with the consequences. With the environment in jeopardy, chances of survival were slim. Impersonation of passengers was impossible. Each candidate was vigorously screened and hand-picked by government officials. Evidence showed project leaders plotted at the first sign chemical warfare was ruining our planet. News broadcasts boasted of a feat unprecedented in human history, as though hundreds of thousands of civilians weren't suffering. My parents, my sister Jane, and my brother Gregory were all I had. I used to believe we were better off. As if the black hearts of those who left would somehow make our planet sicker than the wastelands ever could.

My hands shook as I clutched the heart-shaped locket and pressed it to my lips. "My name is Nina Voller. Today is September 13th and I am 20 years old. My life expectancy has diminished. I may die sooner than later. There's nothing left of my birth land or my family," I screamed into the vast wilderness.

I wouldn't record my anguish. I decided that long ago. I lifted the locket once again, pressing its cool metal close. "I must abandon this place and move towards the mountains. I heard there were clean flowing rivers and wild animals that roamed the lands, and dirt so rich that every herb and plant grows as if despite this disaster."

The device hanging from my neck is my lifeline. It's the only record of my life I have and all that's left from my family. Its technology is storing my every word offsite. Somewhere there's a satellite observing our dying planet like a vulture waiting to swoop in on prey. There's a chance no one will ever listen to these daily reports, yet they keep me from going insane.

I grabbed at the locket, "My name is Nina Voller. I'm the daughter of a farmer and a nurse. If fate had it another way, I'd have been on a fast route out. I'd be living on a planet free from the scars of man. Would I remember the faces left behind, twisted in pain, as they begged for their lives to mean something? Would they haunt me?"

I hoisted myself up a rocky ledge. I could see a gigantic mountain tucked into fluffy white clouds. The clouds right above me were tainted looking, threatening to rain poison over my already aching body. The sheer promise sent adrenaline through my veins. That jagged mountain was my last beacon of hope. The necklace felt cool against my collarbone, "You're my witness," I said to it. "That's the mountain that inspired every bedtime story my parents told. I bet the water is pure there, and the skies show no tinge of chemicals. I bet the only worry in the world is losing the view of stars from atop the summit."

Commander Weston J. Kane and his crew had been traveling through space for months. Their assignment was to reach the space station near earth to retrieve "vital intel" from its monitoring equipment. There was an interference with the signal. It was a trip that paid more than they'd ever received. The crew understood they'd likely see no evidence of life on the earth.

"Commander," Mission Specialist Carlos Peyton pointed to the monitors, "We'll soon arrive at the space station. Back home, no one knows what's left. Some say certain species of deep-sea creatures, insects, and stubborn plant life. Then there are legends about the air being too putrid to breathe and piles of ashes-"

"Aren't we a little old for legends, Peyton?” Kane asked, rubbing his forehead with his palms.

"Just what are we getting ourselves into, Commander?” asked Peyton, he stood to look Kane in the eye. “Why is the pay ten times what we usually make? What are they afraid of?"

Kane waved his hands dismissively, "Please go tell the others to prepare for contact with the space station."

Peyton reluctantly disappeared into the crew's quarters. Kane had his suspicions about the trip and its large reward. Where there is money, it can never be a good sign. Kane heard rumors that there were people alive on earth. He found it tough to believe they'd survived years in those circumstances. Kane remembered being stranded in a vast canyon. It was during his first exploration tour on Mars. It was something he never spoke of.

I spent countless hours watching my illustrious mountain. It gave me an escape, a place to wander when the night was so cold that my lips blistered. I dreamt of new civilizations with stockpiled resources. The kinds of people draped in hope instead of loss. I even found tracks in the frost. I survived by foraging for berries, nuts, and tree sap. It wasn't enough to sustain me. The river I've been following will end. My body is already showing signs of shutting down. But I have my mountain, and that's enough. Hiking to the mountain pushed my body's limits. If I die now, at least I'll die with some record of my accomplishment.

The locket was in my hand as I pushed the button in to record. "My life is going to change now. Either I will die or find refuge here. Things are starting to blur. My body has starved too long. At this point, I don't even trust my judgment. But I've got to keep pushing on. There's got to be a light at the end of this tunnel." I didn't make it this far to fail.

There was a chance someone would hear these words. Would they share in my hopes for survival? Would they laugh at the absurdity of it all? I wonder how it would feel to hear a voice in the void.

I climbed a tree to get a look around. That's when I smelled the camp and musk only people make. My breath caught in my throat. I began to yell like a madwoman. I slipped out of the tree and felt the bones in my leg break. I screamed until consciousness faded. As I came to, a group of people stood around my body. I recognized their tired pale complexions, bloodshot eyes, and tattered clothes. They were the most beautiful thing I ever saw.

Back on the shuttle, the landing went as planned. Their descent onto the landing dock was precise. Seeing earth gave the crew little excitement. The atmosphere was choked in grey clouds. A looming reminder of the disastrous effect of the wars.

Commander Kane and Peyton got dressed in their suits. Peyton fidgeted with his helmet. "Will we have time to analyze the data ourselves?" said Peyton.

Kane sighed, "You know we've been ordered not to compromise it. You shouldn't poke your nose where it doesn't belong."

Peyton's lip twitched, "Oh C'mon! We both know that interference can only mean one thing. Whoever is out there is communicating with us. Why follow procedure now?"

"Because there's nothing we can do!" Kane buried his face and his shoulders shook as he cried. "Trust me, I've run the scenarios through my head. None of them have happy endings."

Peyton leaned in close, "That could've been us down there. When we were stuck in that damned canyon. Do you remember what we did after 48 hours? We begged for a higher power to show us mercy. At the final hour, that's what we got. I firmly believe there's a reason for that."

The Commander sat up, his attempt to regain composure. "I know that. All I remember was being miles from our assignment. We'd wandered so deep into the rocky crevices of uncharted territory. We ended up far away from home base. All I remember is I couldn't breathe."

They left the station to collect the chip from the satellite. They told their crew they were ordered to analyze it in case it didn't survive the trip home. The men sorted through the data tediously. Kane clicked a file without a name. An audio recording of a female began to echo in the room. "I knew there were survivors!" a crew member said. Another ran crying out of the room. All of them felt helpless. They could see earth right in front of them. Feel the illusion you could reach out and touch it. There were brief pauses of static. Although the name, Nina Voller, might as well be on a billboard. The emotion in her voice added electricity to the room. Not even space could compete with the silence that followed.

Kane contemplated preparing a rescue mission. It was risky. Even if they were alive now, there would likely be no survivors left when help arrives. Then he remembered something that he learned in school. Some vessels can be flown unmanned to Mars from Earth. If he could figure out how to locate one of them and send a signal to earth of its coordinates. There was a chance this could work.

"Peyton, set up a call home. I want to talk to the President."

The impatient leaders on Mars were furious. They demanded Kane return immediately. Yet they eventually listened to the rogue Commander. They could not risk losing control of one of their most advanced shuttles. They also needed to study the data. Kane knew the impact of his choice. He would never go on another mission again. He would lose his crew and his way of life back home. None of it mattered to him. All he cared about was saving the survivors from certain death. Someone did the same for him once, he thought. Maybe there is hope for our species after all.

I pulled the locket from underneath my pillow. I carefully traced its shape under my finger. In the early stages of war, it was invented to store our last words forever. In hopes that our insignificant voices be heard. We existed. We mattered.

The locket began to vibrate. I didn't know what to make of it. I took it with me outside of my tent. It was a bitterly cold night on the mountain and my friends were cuddled around the fire. I passed it around to let them take a look. It never quit vibrating. Once it reached the end of the series, the vibrations restarted. Again and again. Start to finish. Start to finish. That's when we realized the pattern.

Someone up there was communicating back. For once in a long time, we felt hope. We looked into the sky and no longer felt trapped under it. For once, our only worry in the world was losing the view of stars from atop the summit.