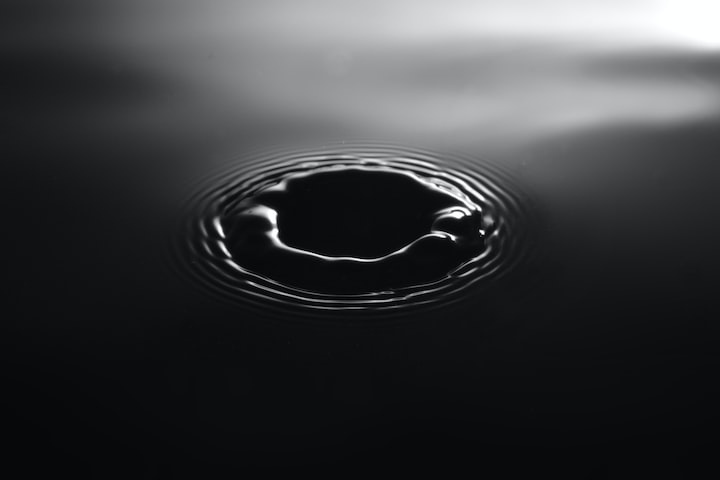 Photo by Julian Böck on Unsplash

The pipes were fine. Well, mostly. It was an old cabin her grandfather had built. He’d kept it in good shape until his death five years before. It sat by a small, secluded lake in the middle of the woods.

Tessa’s grandfather had loved to get away from the city to clear his mind. His wife Patricia, Tessa’s step-grandmother, had not. She’d hated the cabin. After his death, she never visited, not even to check on it. Tessa went instead, driving the four hours out of town every few months until work got too busy. She hadn’t stepped foot there in a year.

When Patricia died last month, Tessa couldn’t say she’d mourned. A few days later she received an envelope from Patricia’s estate with the keys to the cabin. There was a letter inside the envelope, but Tessa knew it had to be her step-grandmother complaining one last time, so she never read it.

The cabin needed some TLC, but it was still habitable. Tessa took a few weeks off from work to patch up cracks in the walls and clear out cobwebs. It was in better condition than she’d expected, though.

Except for the dripping.

One night she’d woken to hear the drip, drip, drip coming from the kitchen. She’d climbed out of bed but failed to find the source.

After a thorough search the next day, she still couldn’t find the drip in the kitchen, but the next night she heard it—drip, drip, drip—in the living room. There were no pipes there, so she checked the chimney but found nothing.

The next night she heard the dripping in the bathroom. She looked everywhere. Zilch.

Next time it was in the hallway.

One morning, she checked the attic crawl space. No leak, no sign of water. There were a few old boxes, nothing else. Tessa hauled them downstairs.

Dust clouded the air as she opened the first box. Inside were random bits and pieces. A cheap locket, a frayed scarf, a scuffed wallet, among other things. The locket had a picture of a child Tessa didn’t recognize. The wallet had a license belonging to a man she’d never heard of, and it had expired twenty years ago.

It was like a lost and found. Why had her grandfather collected these things?

The second box was more of the same. A sweater, a hat, a stiletto-heeled shoe she knew her grandmother never would have worn, a ring—

Why had her grandfather never told her he’d found the ring?

Tessa glanced at the third and final box. There was a rusty stain on the side. She reached out a hand then pulled it back.

She didn’t want to see what was in that box.

That night, the drip was outside her bedroom door.

Tessa lay in bed, staring through the dark. No lights were on, but the moon shone through her window, illuminating the gap at the bottom of the door. It was pitch black on the other side. Tessa saw nothing. But there it was—drip, drip, drip—hitting the floorboards. Slowly, she crept toward the door. Crouching, she tried to spy under it.

Water fell on the other side of the door, a puddle forming on the floor. It dripped from multiple places, like how water dripped from her body after she took a dip in the lake.

Tessa’s heart pounded. The water dripped. There was someone there, on the other side of the door. She knew, she could feel it.

The puddle was gone.

Tessa turned on every light in the house. She grabbed the poker from the fireplace and sat up the rest of the night, vigilant, eyes wide and heart racing.

As the hours oozed by, her gaze fell again on the third box.

To distract herself, she dug out Patricia’s letter. It was the only thing she hadn’t read left in the cabin.

The letter was brief:

Tell them to dredge the lake.

I took care of him, but I couldn’t face that. I saw enough in those boxes.

Please, burn that cabin down.

Her grandfather had died of a heart attack. He’d never had any heart problems before.

Patricia had been a nurse. She would have known what could cause an infarction.

It was full of pictures. Pictures of people she didn’t know. People wearing the things in the other boxes. People in pieces.

She tore out of the house, flashlight in hand. She dove into the lake, down, down, a rushing in her ears that could have been the water or her own blood. She went as deep as she could. It was dark, almost too dark for the flashlight.

She climbed back out of the water, shaking, but not from the cold.

Later, the police dredged the lake. They took the boxes as evidence. But every night Tessa could still hear the dripping.

She knew what she had to do. Patricia had told her.

She burned the cabin down.

That night there was silence. Blessed silence.