by Alexander Washington 5 months ago in Young Adult

Life of a Shifter 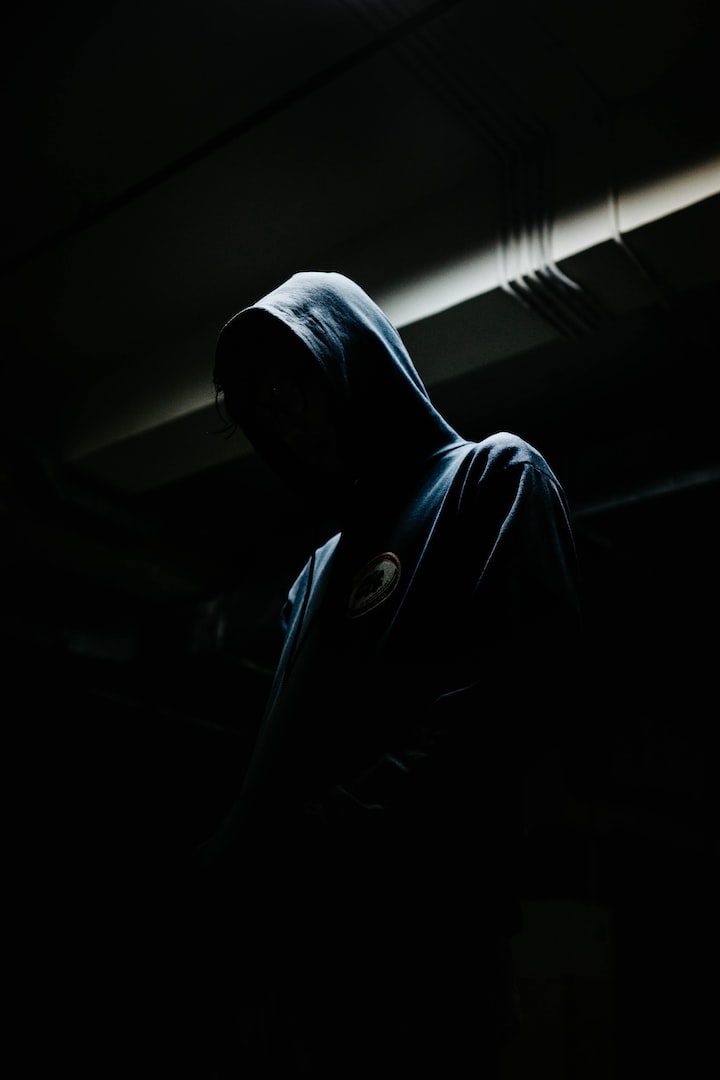 Photo by Rendiansyah on Unsplash

With breath ridged, and heart pounding she races through the woods, clutching the golden heart locket to her chest. She jumps a log, ducks under a low hanging pine branch, and sneaks a peek behind herself to see if she is being followed. When she see's nothing she ducks behind a choke cherry bush. It's sharp thorn's gash her clothes and gouge her dark skin. As she looks over the bush, she spots the beams of flashlights bobbing up and down the path. Her hands search the ground for a stone, her hand grasps a small flat one.

She chucks the stone with all her might into the dark patch of trees. The beams of light jerk toward the noise. At that moment she times her escape, she looks down at the locket. If this fell into the wrong hands, she thought, the world would be in grave danger. As she runs the locket shudders and glows red, the three stones it possesses start to light up. "But it's not time!" She whispers at the locket, panic rising in her voice.

>>The young warrior is ready to fight this world, the locket says in the young woman's head.

" I know! But that doesn't mean I am!" She shouted at the locket, in her head of course, she didn't want to get caught with The Crew's precious weapon.

>>I am not a weapon! I was sent away from my planet for framed destruction! The locket says, back to her indignantly.

When she looks around, she sees that she is on the outskirts of KNOX. One of the new ground cities that was built after the Great Collision. She remembered from her old retro TV, that was now probably destroyed, that the Great Collision was the day that the metal stone fell from space and collided with earth. As it did certain cities started to float in the air. Soon enough the government started crumbling and that's when The Crew took over and took the metal stone back to one of their labs and ran tests. She for one want to know what they found, so 5-hours ago she broke into their lab and stole the locket that she found in there.

That's why she is now jogging through the city of KNOX looking for a place to hide and birth her son. As she comes up on the hospital there's a muscular man in front of the doors.

"Excuse me, may I enter? I have a baby on the way, and I really need somewhere to birth him." She says to the man in front of the doors.

"If you give us back what you stole from us." the man quips.

"I'm sorry you must have me mistaken for someone else." The young women put on her most confused look.

>>How did he get here so fast? The locket asks, hearing the man’s voice.

"I don't know!" She responds to the lockets question in her head.

"You know what I mean miss Ruby Cain. You stole the locket that The Crew found in the meta-stone, and we are proposing that you give it back to us. If you do, you may give birth to your son, and we will never bother you again. How does that sound?" The muscular man says to Ruby.

>>If you free me, you can give him the locket and I won’t be in their possession anymore! The locket semi shouts in her head, making her want to cringe.

"How do I do that?" Ruby shouts in her head as the man steps closer.

>>Say the words: Zircon, I free you from your prison.

"Zircon, I free you from your prison!" She shouts in her head, as she does, she feels a shock flow through her whole body.

She hands the man the locket that she had been tightly clutching to her chest. When he gets down the block, she heads toward the hospital and when she asks Zircon what he did, when he responds, she nearly gives birth.

>>When you freed me, you let me enter you as my host. Which also means that I will be passed down to your son on the 16th day of the 1st month after his 16th birthday.

She enters the hospital with one thought on her mind: What had she done?

"Rebel!" shouted Mom. Oh no. His Mom only called him that when she got a call from the school. "Rebel!" Mom shouted louder this time. And by the sound of it, it's probably about the food fight. "Coming!" Shouted Regasulus.

Regasulus chuckles as he reads her text. Then he sticks his phone in his jean pocket and heads into the living room putting on his most innocent face.

" So, how was school?" Mom questions with a look that says she already knows. "Oh, it was fine!" The boy uses his sweetest voice which to him sounds like a strangled goat. "HA! Wow you really think I'm going to fall for that?" His mom says, while howling with laughter.

"Well, it wasn't the most thought-out plan!" Thought Regasulus with a deep scowl. "Well, now that that's out of the way. How did the food fight start?" Mom asks, looking mock eager to hear the story. "Look, I already know the school told you about how it happened. So, I'll cut to the chase. Brayden wouldn't stop messing with Diamond, and I did the most reasonable thing and chucked a tray of food at him, almost like a Japanese star, and let's just say it hit a little lower than it was supposed to." The boy inwardly laughed recalling Brayden's face when he saw the tray flying at him.

"Well, I hope it was worth getting detention for the next 3 days. Also, just so you know I'm taking your car keys for tonight." his mom says. "Oof! Well ok then." The boy says, walking toward the front door. He grabs the house key, jangling it in the air signaling his mom that he was going for a jog. He tended to do this on a normal basis, he liked to keep himself in shape. He wondered if he should run to the gym.

"HELP!" cries a not-so-distant voice. He starts jogging toward the voice, "That almost sounds like... "HELP!" The voice cries louder this time. "That's Diamonds voice!" Regasulus's light jog turns into a full-on sprint as he runs toward her voice. As he rounds the corner, he sees a man pinning Diamond to a wall as another man rifles through her purse.

"HEY!" Regasulus roars. Wait that didn't sound like his voice. One of the robbers looks up, looking the boy up and down. "Scram and act like you didn't see anything punk or else you'll regret ever living." The man that was going through Diamond’s purse says in a deep, rumbly voice that makes Regasulus want to sock him in the nose.

"NO." Regasulus growled. Again, it still didn't sound like his voice. "You asked for it kid." The man with Diamond’s purse said, pulling a gun from his belt. As he starts to pull the trigger, Regasulus releases something like a screeching roar, so strong that the man drops his gun.

BLAM! Regasulus feels something hit him in the chest but all he sees is red as he lunges at the muggers. He grabs the gunner and throws him against a dumpster with such force that he watches it cave where the man impacts it. Then the man that is holding Diamond releases her and pulls out a gun, but it's too late Regasulus is already upon the man with fists flying. His fist collides with the man’s nose, and as it does, he hears a crack so sickening that it would have made him retch in different situations.

As the man stumbles back, he stands in between them and Diamond who successfully recovered her purse in the chaos. He watches as the men stumble to the entrance of the alley. "Your dead kid!" One of the men shouts, as both men pull out their guns. As they fire their guns, Regasulus hears his shirt rip as something sprouts from his back, blocking the bullets from hitting Diamond.

"Let's get outta here!" One of the robbers screams. Had it not been for the life-or-death situation he would have loved to watch the robbers scramble around to escape him. As he turns around to face his best friend, he looks at Diamond. "Are you ok?" he whispers, as he sees her pale face. He grabs her hips and lifts her into the air checking her for wounds. Wait, how is he able to pick her up so easily, he wonders. Then he looks at her and notices the tears streaming from her face. "Regasulus, how did you get shot and not die? Secondly, how do you have wings sprouting from your back?" Diamond screams. Only then does he notice the long, ridged wings sprouting from under his shoulder blades.

As he stares in awe at his new appendages, his world starts to fade to black. When he blinks, he nearly screams, seeing that he is in his own bed. As he readjusts to his circumstances, he asks himself one question: What the heck just happened? As he enters the restroom to clean his face, he looks in the mirror and he see's something almost reptilian in the mirror. When he starts to scream, he hears an unfamiliar slick voice in his head.

>>Hello, my name is Zircon. Nice to meet you Regasulus.