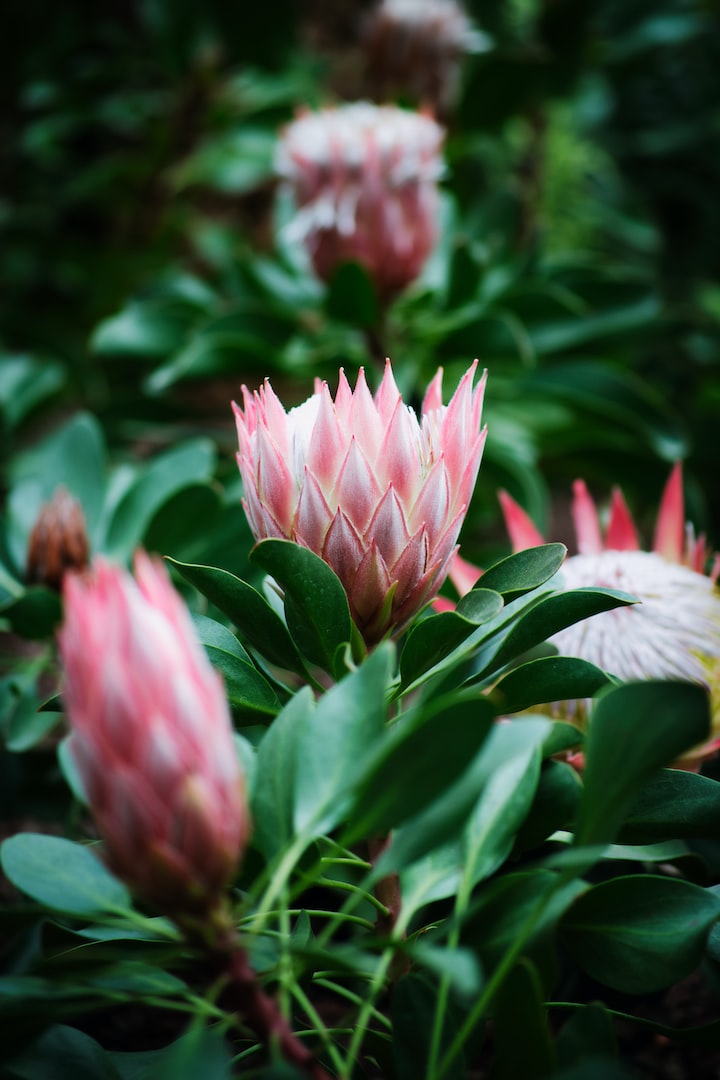 Photo by Justyn Koh on Unsplash

In my dreams his lips form a silent plea again and again until his mouth finally stills. Other times he is quiet, eyes glassy as he watches our ship disappear, a flash of silver gone before his last breath.

The only dream that doesn’t leave me reeling is this one: His lips curl upward into a hint of smile. Finally, Leo thinks. True silence, not even the hint of a breeze or the clicking of machines. His mind is serene too, blank as the void between the stars where he floats. He doesn’t panic when his heart slows. His eyes are wide open.

It’s a gentler dream to wake from than the others, but still ties a knot around my throat. There’s one benefit to these dreams—because of them, I’m in top notch shape. The quickest way to shed their residue is to run.

I’m the first one in the gym as usual, watching the sun rise above the red sands as adrenaline propels me along, the whir of the treadmill below. The glass is so flawless I could almost be out there, feet sinking into the soft sand. But the only way to venture out is in a suit so thick, a single step takes five seconds to execute.

“You're up early,” someone says behind me. I lurch and grab the railings just in time to jump my feet to the sides.

“Shit,” I say. “Don’t do that.” I don’t need to turn to identify the owner of that voice, nor to see his cocky stride.

“Sorry, didn’t mean to startle you,” Lloyd says, though his smirk suggests otherwise as he steps onto the treadmill beside me.

I don’t respond. He’s baiting me; his favorite pastime. There are twenty treadmills aligned along the window, but of course he chooses the one right next to me.

I kick myself for telling him a year ago. The community celebrated a bit too hard when the project was complete. Or maybe that was my mistake alone. By the end of the night, I could hardly decipher the intoxication levels of others. They say to never combine alcohol with the Plant. But after five years working on this project, I deserved to be fully inebriated. I enjoyed the floaty bliss that coursed through me, a smile plastered to my face until the end of the night when everyone returned to their pods and I collapsed in a puddle on the floor. Images and memories flooded my mind, as real as the ground beneath me, even realer perhaps. Leo kneeled down, grinning widely. He was here, though I knew he couldn’t be.

“You did it,” he whispered, a warm hand brushing through my hair, so gently.

I closed my eyes, moaned quietly, pushed into his hand then said back, “We did it.”

The sobs rolled out of me then unimpeded. "I miss you," I muttered as he stroked my hair away from my face.

“I’m here.” His voice was still reassuring, but raspier, a tad lower. I opened my eyes to find Lloyd leaning over me now. The perpetual expression of amusement he nearly always wore, like he was looking down upon a naïve child, was washed away. That was odd. Maybe he wasn’t here either, a creation of my mind. Or maybe the Plant had done this to him, brought down his walls too. That was the gift the plant bestowed upon us—dissolved our barriers until we became what we had been all along.

Lloyd shouldn’t have been there when my walls came down. But he did the right things. He didn’t tell me it was ok, that everything happened for a reason. He just listened and let me cry.

But as the Plant gradually left one’s system, walls were re-erected brick by brick as though time rewound. They were a bit shorter each time, more translucent, but rarely gone completely.

I never spoke to Lloyd about that night and neither did he. Unless of course I had been hallucinating. I didn't think so though. The next week there had been a calculable decrease in his smug remarks.

“You should use the Plant more often,” I say, the memory lingering. I increase my speed.

“Why?” he asks. I can feel him speeding up to match my strides, as though we’re racing.

“You’re a better person on it.”

“Less of an asshole,” I counter.

I turn off my machine and face him. At some point he shed his shirt, his broad shoulders and six pack on full display. He’s objectively attractive, but I find his blatant awareness of this fact repellant. For Lloyd everything, including his body, is a tool, a rung on the ladder.

“What exactly do you want Lloyd?” I ask.

He glances my way and smirks again but continues jogging. “You’ll see,” is all he says.

After a shower and hearty breakfast, I head to the sanctuary.

“Music off,” I say as soon as I step in. A perpetual stream of floaty music plays here throughout the day, but I prefer the quiet, the occasional “pshhh” of mist spraying into the dome, maintaining the humidity levels required for the Plant to flourish. It’s already sweltering in here even though the sun is hardly at its peak. I don’t mind. I associate the sweat beading on my skin with the calm that gradually takes over as I tend my plants. This is why I came here, why Leo and I took the offer, traveling a full year to design, develop, and build this sanctuary. My research caught the eye of the community. I was studying the hybridization of the Kaltor and Finax subspecies. The pollen acts as an effective antidepressant at low doses and a powerful medicinal that produces a euphoric, non-dual state at high doses. But the real innovation—the plant's leaves, when brewed into a tea, is an antidote, bringing one down from a trip, to be used if one has gone too far or simply wants to end their experience. I’m the botanist and Leo was the architect. He designed and built the greenhouses that served not only as the ideal environment for the cultivation of the Plant, but also as a sanctuary for "journeys."

I’m slowly extracting one of the tall, red stamens when I hear steps behind me.

“Brought you something,” Jess says, ambling over, steaming cup in hand. A dark curl falls in front of her face as she leans over to hand me the drink.

“It’s too hot for coffee,” I say. I can be blunt with Jess, she's my oldest friend here.

“Not coffee. I found the perfect combo. Cacao, oat milk, and a few other things.”

I eye her skeptically. “You know I don’t use anymore.”

“It’s the tiniest dose, you won’t even feel it.”

“Stop trying to drug me,” I say, but I’m not actually angry. She's been trying to medicate me for months. She means well. She argues that I don’t need to suffer so much. But I owe Leo my suffering. Without it, I’ll become complacent, stop searching for answers.

“It’s not like you’ll just be so content you'll turn into a blob. You’ll be more productive, if anything,” she says, as though reading my mind.

“I've never heard that argument before," I say sarcastically. Her favorite other rationale is that people grieve more effectively when the pain isn't too overwhelming to process. She's probably right.

"You should be in marketing,” I say.

“The Plant speaks for itself,” she says in a mock spiritual tone. I reach out for the drink and take a small sip to appease her. It’s delicious.

“Thanks,” I say. She sits beside me and looks up at the glass sky.

“You know, I saw him last night, during a journey,” she says. I glance at her, but her chin is tilted up at the sky. I can tell she's being cautious, like I'm fragile and might fall apart if she says the wrong thing. She's probably right about that too.

“He said to tell you something.”

I sit up straighter, half in anticipation, half skeptical. “Yeah?”

“He said to tell you to stop looking for answers.” She finally meets my eyes. They are earnest, sad.

Heat washes through me, up my spine, and I feel as though I might retch, but instead my eyes fill with tears. I shake my head. “That wasn’t him, that was you. You want me to move on.”

Her eyebrows furrow. “Yes, I do. But this was a message from him,” she says this with complete conviction.

I roll my eyes. “It doesn't make you psychic. Don't use the Plant to do your dirty work. ” I push to standing and start to walk away.

“He said it's time to burn the seed, whatever that means.”

I stop in my tracks, the words reverberating through me, gluing my feet to the ground. How could she possibly know? My mind fires in a hundred directions, heart beating frantically. Then my vision blackens at the edges and I'm fainting, falling, floating in the void.

Burn the seed, he whispers again, breath warm against my ear.

I'm a writer and psychologist from Western, MA

More stories from Emily Fine and writers in Fiction and other communities.