by Joseph Monaghan 5 months ago in Short Story
Report Story

I'm terrified of our children. 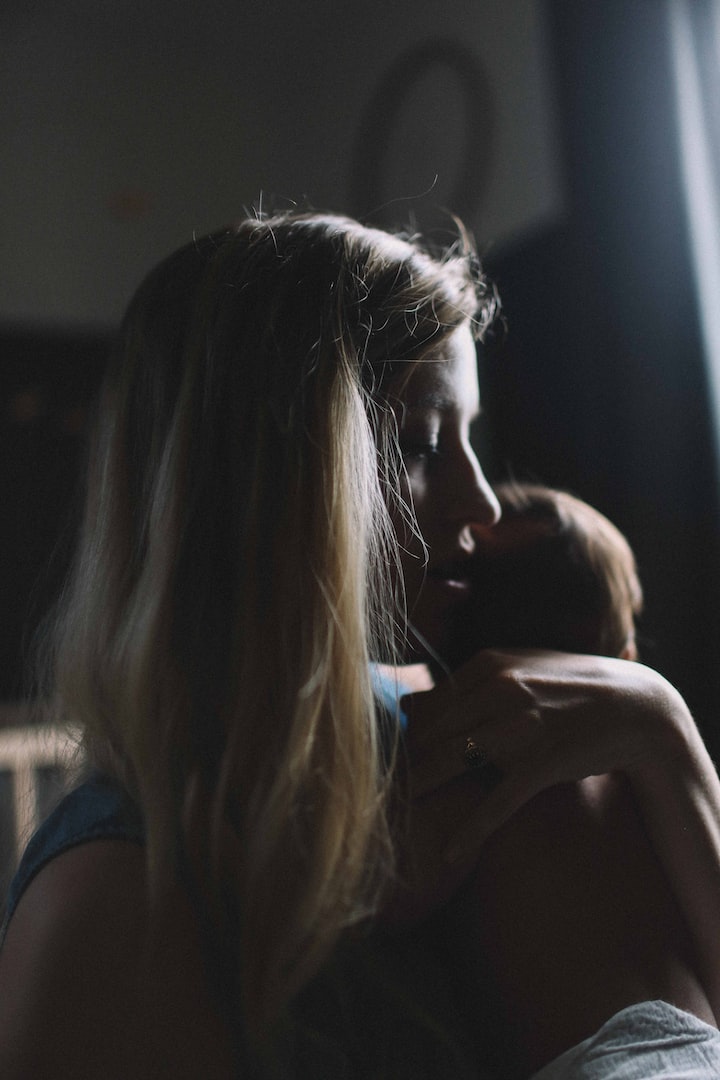 Photo by Jenna Norman on Unsplash

I’m terrified of our children.

I can be washing my hair or taking a call for work. Then comes the roar.

Danny will roar until I lose my temper or cry. If I stay silent and composed, he will roar for most of the day, until his throat burns. He doesn’t act this way towards the baby-sitter or my husband. It is only me that he tests every day, since his fifth birthday party at the beginning of summer break. John and I thought it was toothache at first. There was the possibility of some kind of behavioural problem.

Perhaps I could stand Danny if my daughter was sympathetic company, if I had that compensation, but Julia is completely silent. She might as well not be there.

I used to respect her silence as an expression of solitude rather than indifference, and as such, a silence that belonged to her, like when children have their own secret language. She chose to keep things to herself. It seemed sensible for a person to do that.

Every morning before I face the clashing of plates, cutlery flying across the kitchen, and the inevitable roar, I stand in the bathroom and find a face in the mirror. At six thirty in the morning, it isn’t quite mine, but it possesses a preserved beauty. I still have my thick hair. I am not grey just yet. I am not old yet.

Alone in the small grey space, it has become somewhat of a routine to imagine life elsewhere. I could be wearing an expensive winter coat on a date in one of those Italian places downtown. Flirting with a man over wine. Using my eyes, my breasts, fingers in my hair, feeling no guilt in using him.

I hadn’t cared to play up for John when we first met. He seemed like the sort of man who conformed too easily into arrangements I found stifling. He was in marketing, had a solid relationship with his family, and wore the plainest clothes I’d seen a man wear. It took a while to recognise that perhaps his charm was in being ordinary, rather than anything like most of the boyfriends I’d had up until that point, the sort of deliberately evasive men who smoked a pack a day and reminded my mother of delinquents in old sitcoms, which was probably why I liked them.

Even as a baby, Julia was extraordinarily quiet. My days were peaceful. I would take walks through Central Park in autumn. John barely had to take trips for work then. I would tan everyday with lotion, take pictures with friends, go on road trips. I was still enamoured with possibilities and my future was something that only threatened to begin. Now I sit in the bathroom with the dim light on, to be alone in my thoughts, to feel absolutely nothing at all. Just a feint sense of unease that one day, I could finally leave everyone I know in my life, with their clinginess and their crying, whining attachments. Would I continue to feel nothing, or would I be met with the kind of guilt that eats away at a person in the night like a disease?

John and I got married. Now I’m leaving this bathroom. The children are awake. And Danny’s roaring has begun.

I am stood at Danny’s door. He can see that I am tired, dishevelled in the robe I wear every day during these long summers. I get down to my knees and reach over to where he shows me that he has fallen over and scraped his elbow playing in the garden. I tell him that he should wait to go into the garden until after we have all had breakfast. I hold his arm, and place the plaster on his elbow, and he looks up at me, wan and inquisitive. I am like a soldier dressing an enemy’s wound.

I wonder what my mother would have thought of how silent our home used to be before Danny was born. She didn't live long enough to see it. She died in her old apartment with the roar of cars in Jersey City and her 70s wallpaper that looked like it was made specifically to unravel, inch by inch.

Mother would sit in her armchair, her skirt down to her ankles and the faded lemon-yellow cushion supporting her back, and stare beyond my head to the television. I always wanted her to like me. She’s not here anymore, and I still want her to like me.

A man told me I was pretty in the gas station on Saturday. He had huge arms and smelled of sweat and cologne. Sometimes I think about having sex with John, but it mostly just makes me sad.

My mother would never have spoken about sex. Mothers didn’t have sex back then. I’d thought until I was thirteen that all people just grew like a seed from the ground. She took it as her duty to look up at the ceiling, red in the face, when I mentioned my period, or to change the subject when I told her that a man tried to touch my breast outside a subway station. She never mentioned her Ukranian mother or her German father. She didn't reveal anything about herself at all.

Maybe my son sees the same distance in me that I found between myself and my mother. Every morning before summer break, Danny watched those shows about sea life on National Geographic after school.

I would watch and wonder if he had developed an insight beyond his years, to perceive somehow that I was just as lost as one of those jellyfish in the Pacific, orphaned in ocean darkness.

Last summer, after having friends from college over for dinner, I fell asleep earlier than usual. In my dream, I drove for hours until the sun was almost about to set, and then I parked my car, with Julia in the passenger seat. She was younger than fifteen in the dream. She must have been about nine or ten. We walked for a while together in silence, up in the mountains, just the two of us. The landscape felt so familiar, but thinking of it now, I don’t know why. None of the rest of my family were there.

After what felt like years, the austere landscape so still, Julia disappeared. I couldn’t hear her footsteps . The air was heavy with an unsettling quiet, as if the earth had stopped moving under us. I cried out for her name a dozen times and searched everywhere I could, ran all the way back to the car, but she was gone.

There’s a lump in my throat remembering it – watching myself in the dream, taking my keys from my bag, taking a moment to say goodbye, and driving away. A sense of panic gradually became a surprising sense of relief. When I woke up, I immediately ran out of bed to be sick. I could hardly look at Julia for weeks.

The girls I went to NYU with haven’t been in touch. John comes home for short stretches of time, then leaves again. It's almost the end of August.

There’s a week-long conference on product and strategy in Denver, starting tomorrow night.

The evening outside is ochre and honey. Clouds like sinking boats. Danny’s bike in the middle of the garden. I am stood in my robe on the porch, a spatula in one hand and a toy racing car in the other. I can’t remember when I last washed my hair. It has the texture of seaweed these days.

Every time John leaves, I feel as though I am crumbling, like a statue after a war. I expect the world to implode, the house to burn down. I expect an immediate declaration of divorce to leave my mouth. Instead, I tell him,

I am terrified of our children.

He turns to me, lets out a long sigh, car keys in his hand. He tells me,

you just need some sleep.

Based in Gloucestershire, UK. I write poetry and short stories.

More stories from Joseph Monaghan and writers in Fiction and other communities.