The Ridge: The Whisper of the Leaves - Chap. 28

by Dan Brawner 3 months ago in Historical 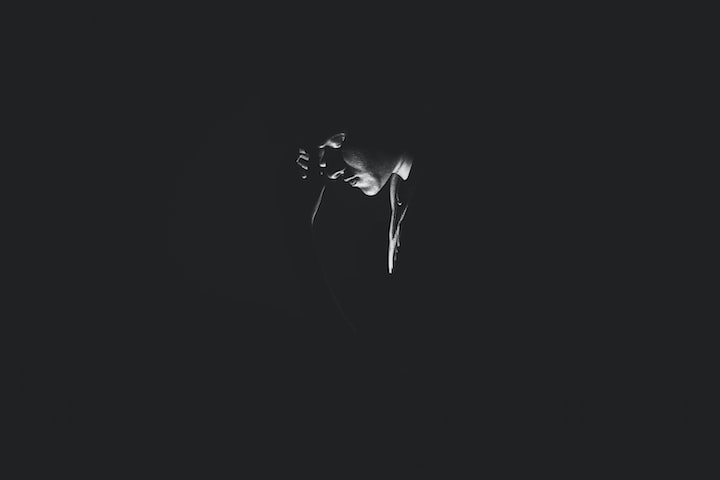 Photo by Akshar Dave 🍉 on Unsplash

It had been almost a week since anyone had seen Marshall and Edna was on the verge of crying again. Since James’ death and Marshall’s disappearance, it seemed like that was all she wanted to do. Most of the time, though, she didn’t succumb to the urge. Carl tried to put up a strong front for her and the rest of the family, but she knew that he was hurting just as much as she was.

They could cope with the death of their second child, because death was final, at least in this life. There was no bringing him back and all the second guessing in the world wouldn’t change a thing. James was gone and that was that. Marshall, though, was another matter.

He left because he wanted to. It had been his choice. She knew he would leave some day, but not so young and not like this. The way he had left almost made her believe there was something to the rumors. Carl had tried to keep those from her, but she knew what people were saying.

And then when his best friend, Gerald disappeared from school Friday, the gossip mongers really went to town. Now, the story was that Marshall had something to do with that also. Even Ralph Barnes had come back out on Saturday to see if she or anyone else in the family had heard or seen Marshall or Gerald.

“There’s word that Gerald was a witness to the killin’s,” Barnes had said to Carl and Edna who were sitting side-by-side in their living room.

“What word?” Carl had challenged him. “Now what are they sayin’ Marshall’s done? Whose word are you listening to now?”

“Carl,” Barnes said. “Ya know I can’t tell you who gave us the information, but I can tell ya what we’re thinkin’ might have happened. There’s pretty good evidence that Prichard and Lawrence killed James thinking he was Marshall.”

Edna put her hand to her mouth and began whimpering.

“Why would they want to kill Marshall?” Carl said as he put his arm around Edna.

“They got into it at Sully’s Friday night before last. I don’t know about what exactly, but word is, Marshall beat ‘em both up pretty bad. And guys like them don’t take to losin’ real well.”

Barnes hesitated, but neither he nor Edna said anything, so Barnes went on.

“We now think Marshall killed both of ‘em. There’s enough of a gap in timing and your boy was a good enough shot he could have done it.

“But we also think he needed help gettin’ it done and that’s where Borden came in. He helped Marshall kill ‘em, but then your boy got nervous…..”

Barnes hesitated going further, not sure how Carl and Edna would react to what he was about to say. But, he cleared his throat and went on.

“We think that Marshall got nervous that Borden was gonna turn him in to save his own skin. So, to keep Borden from doing this…..Marshall killed him, too.”

Carl’s eyes flared open and he jumped up, his fists clenched.

“You gotta be outa you’re mind. Are you crazy? Yea, if Marshall knew those two guys killed his brother, he might’ve gone after ‘em. But even if he did that, he’d turn himself in ‘fore he’d hurt Gerald. That boy’s been his best friend since before they even started going to school. So don’t you go tellin’ us anything like that cause it ain’t true.”

“Carl,” Edna put a hand on her husband’s wrist and he looked down at her a moment then sat down.

“Besides that,” Carl almost whispered. “They’re together almost every day so why would he have ta do what ya said with the nurse and doctor stuff. He coulda just gone and got him and that would have been it. No if somethin’ happened to Gerald, Marshall didn’t have nothin’ to do with it.”

“Well,” Barnes said. “I just wanted to let ya know what the thinkin’ was and what was going on.”

Knowing any further talk would just upset the couple even more than they were now and wouldn’t accomplishing anything, Barnes left.

Regardless of his own feelings, Carl had to consider what the policeman had said. Whether he wanted to believe it or not, he knew Marshall had the ability and temperament to kill those men. And in all honesty, Carl had to admit, if he had been in Marshall’s shoes he might just have done the same thing.

Edna, on the other hand, didn’t believe any of the things had happened as Barnes had said. But, when she tried to talk to Carl about it, he would simply clam up as he had always done when he was worried about something. So she continued to morn and cry for not one, but for two sons.

“Momma,” Evin Bentwood, at eight their youngest son, burst through the screen door with the mail in his hand. “Momma, there’s a card here from Marsh.”

Tears instantly welled up in her eyes as she took the mail from his outstretched hand and shuffled through the pieces until she came to the only post card in the stack. It had a picture on the front of what looked like a court room. The caption said, “The Fort Smith courtroom of Judge Issac Parker, the ‘Hanging Judge’ who helped tame the Indian Territory in the late 1800s in what would later become Oklahoma.” Edna hardly noticed the picture, the other side was where her attention was drawn.

Marshall had written a note in his jagged hand and Edna couldn’t help but smile at the terseness of his words. That alone reeked of Marshall. Except for the address, there were less than ten words in the whole message.

“When’s Marsh comin’ home, Momma?” Evin asked hopefully. Marshall was a hero to his youngest brother, maybe even more so than their father was to him. One reason was that Marshall took up time with him. Took him hunting and fishing and played catch with him and did all the other things fathers usually do, but that Carl, as a farmer, didn’t have time to do.

It wasn’t as if Carl didn’t want to do this because he did, but the times were hard on a man trying to take care of his family during this depression. If a man was going to do right by his wife and kids, he had to work and work hard to simply keep their heads above water.

Marshall had always sensed this and, so, took up the slack with Evan. Because of that, Evan had always put his older brother on a pedestal. Considering the rumors about Marshall, Edna hoped Evan would keep that pedestal upright in his heart. After all, she thought, it’s awful hard when your heroes suddenly become human.

“But, what’s he doing,” Evan pleaded for understanding. “Why did he have to leave?”

“I don’t know, son,” She gave him as comforting a smile as she could muster. “Marshall’s almost a man and when a boy gets to bein’ a man things change in a lot’a ways. Sometimes that change makes ya want ta leave home for a while. Girls ain’t like that, but boys are and Marshall’s just goin’ through that. One of these days you probably will, too.”

She could see disappointment in her son’s eyes and knew she need to reassure him before his attitude changed to resentment.

“But I want to tell ya somethin’, Evan,” She continued. “Just ‘cause he’s gone right now, I promise you, he still loves his family and that includes you. Why, I’m even sure he would’ve taken you along if you hadn’t still been in school.”

Seemingly satisfied, he ran back out through the screen door to do whatever ten year olds do in late March on a farm. On his way out, he almost ran over his father who was coming into the house.

“Yessir,” Even yelled back as he headed around the house.

“Marshall sent a post card,” Edna said to Carl once he was inside. “He was in Texarkana when he sent it. Postmark was last Friday.”

Carl took the card from her and read it two or three times then handed it back to and headed toward the kitchen.

“Don’t you have anythin’ to say about it?” Edna’s voice was desperate.

“What am I supposed to say,” Carl said without turning around. Then he stopped, dropped his head and turned slowly back to his wife and said in a barely perceptible voice, his voice cracking. “One son’s dead. One son’s missing. Right now I can’t help either one of ‘em. All I can do is try to make this crop with just me and Thomas. If I don’t do that....”

Carl close dishonest hold back tears as his lips tightened, then turned back around and walk through the kitchen and out the back door. Edna watched him walk away then sat down and let the tears come.

Receive stories by Dan Brawner in your feed
Dan Brawner
Read next: Lightblessed