by T.D. Edwards 10 months ago in Short Story
Report Story

This wasn't going to end well... 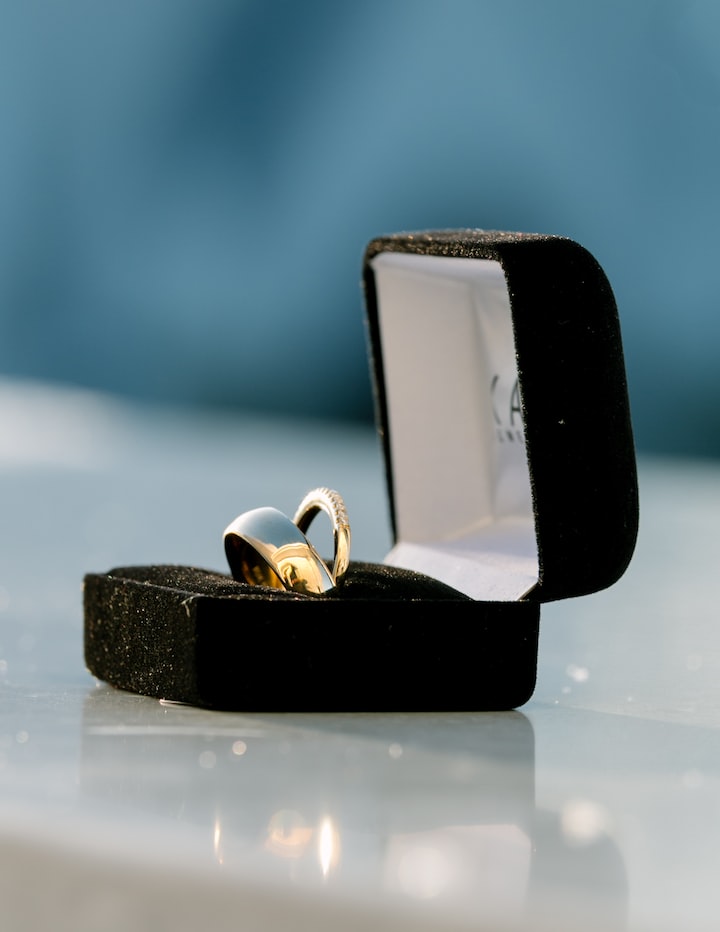 Photo by Marcus Lewis on Unsplash

“Are you all right?” Josh asked.

I sensed his gaze temporarily leaving the road and flicking toward me, but I kept staring out the passenger’s side window at the frozen pond we were passing by.

Holiday tunes played on the radio.

On the third day of Christmas, my true love gave to me, three French hens, two turtle doves, and a partridge in a pear tree…

Or in my sister Ellie’s case, it was the diamond ring resting in Josh’s pocket. A little cliché, but a swoon-worthy gesture that most women would die for.

She knew she couldn’t accept the proposal. She'd already known months ago when things between her and Josh had obviously taken a serious turn.

Now, she had enlisted my help, as she always did, whenever she was in trouble that she didn't know how to get out of.

It was so much worst this time though. Because I actually liked Josh.

I wished Ellie had just left him alone sooner. But no. She'd let things come to this.

“You don’t think she’s going to say ‘no’, do you?” Concern crept into Josh’s voice.

After coming to my rescue, he had noticed my mood, and sought to cheer me up by revealing his plan to propose. Little did he know that this was not meant to be a happy occasion.

This was an abort mission.

“I mean, I know it hasn’t been a super long time. A little over a year though, and I know how I feel about your sister. I care about her a lot, you know that right? And I care about you guys too. I mean, I wouldn’t be here if I didn’t.”

Oh yes, that much was true. In fact, my family had been counting on it.

My sister had finally been stricken with the vision that today was going to be the day. She finally realized she had waited far too long to end things. Now of course, she had no choice but to run. Confrontation had never been Ellie’s thing. She always got too emotional and lost control--which typically resulted in our family’s body count regrettably ticking upward.

We didn't want to risk that with Josh. That was the whole reason Ellie had called him this morning, faking a hysterical fit over how I had gotten stuck in an ice storm and couldn’t get out. She told him that I’d been trying to meet with friends to go skiing when the weather took a turn for the worst.

Of course, Josh rushed out to rescue his little sister-in-law to-be, as we all knew he would.

Now, it was my job to stall him so that Ellie could make a clean escape. She was cleansing herself from social media, and our parents were helping her pack up her apartment so that she could be gone before Josh had a chance to reach her today.

Taking the concept of ghosted to a whole new level.

Josh had already tried calling Ellie several times to tell her that he’d gotten to me and that I was safe, but Ellie hadn’t answered his calls, and his apprehension was growing by the second. He knew something was up. Humans have the ability to sense when something is off, even though they ignore it far too often. Otherwise, Josh would have never gotten so involved with Ellie in the first place.

“Taye?” He called my name, losing his patience with my silence.

I sighed, still keeping my gaze fixed on the window. We had passed the icy pond now, and instead, piles of snow lined the sides of the road.

The first couple months Ellie had started bringing Josh around, no one was too concerned. The family was used to making temporary acquaintances before cutting things off. But when Ellie kept bringing Josh around, it was a red flag. Soon, anyone in Josh’s presence could tell he was head over heels for Ellie. The problem, however, was that the feelings had become mutual.

Which was why I repeatedly told her to leave him alone. Ellie knew our family was cursed. But she was so darn hard-headed.

Now, the year was quickly coming to an end, Christmas just two weeks away already. Come January, it would be time for our family’s annual feed. I could already feel the sharpness setting in along my teeth, and the gnawing hunger starting to churn my stomach. Just sitting in the car, in such close proximity to Josh, was making my throat burn. But I was the one in the family with the most control. That’s why they’d used me as the decoy.

Sure, Josh would be hurt. Confused. He would demand to know what was going on, and I would have no easy answer for him. I’d been wrecking my brains all day trying to figure out what to say when the time came, but had yet to come up with anything. All I would be able to do was apologize, knock him unconscious, and make my escape to meet up with the rest of the family.

Then we would figure out where to go from there. Move on, like we always do.

“Has Ellie said anything to you? Has she expressed… like…not wanting to be with me anymore or something?” Josh looked at me again, his big, brown eyes full of panic. The poor guy was sweating bullets. “Or is it your parents? Do they have reservations about me?”

I opened and closed my mouth, not sure what to say as Josh finally pulled off the expressway, getting closer to Ellie’s apartment.

I quickly stuffed my hand into my coat pocket to silence it, but the damage was done.

Why hadn’t I made sure the phone was on silent? My phone was supposed to be dead. Hence the dire need for Josh to come to my rescue.

So much for that.

“Really?” Josh said, quickly deducing that he'd been lied to.

“I… it was just on one percent and…” My voice trailed off and I gave up. I pulled the phone from my pocket and saw that I’d gotten a message from Ellie, reading: Please, keep him away just a little while longer!

Too late. We were at the stoplight. Her apartment was only a block away.

I stared at the red light, willing it to get stuck on red. But it made of mockery of my hopes and flashed green just mere seconds later.

My stomach churned from far more than just hunger.

“Look, I don’t know what’s going on here,” Josh said, “but if something is wrong, just tell me.” He squeezed the steering wheel as he pressed his foot to the gas, his knuckles growing pale. He was angry now.

But Josh didn’t listen. He turned the corner, and Ellie’s apartment came into view. Our parents were already waiting inside of the van, and Ellie was emerging from her apartment building with a suitcase in tow. Seeing Josh’s car coming down the street, her eyes widened and honed in on me as if I’d failed her.

But I’d done the best I could. If only that stoplight had stayed red for a few seconds longer, maybe they would have driven off already.

“You can’t be a part of this family, Josh,” I said quietly. “I’m sorry. We’re sorry. Ellie should have known better than to let you hang around this long…”

But as I spoke, Ellie abruptly changed course and was coming toward us.

Or towards Josh, more accurately.

Even from the distance, I could see her resolve wavering. She was going to mess everything up. One look into his eyes, and she wasn’t going to be able to go through with leaving.

Did she not understand the danger she was putting him in?

A low growl escaped from my throat, completely against my will. I, the one who had better control than anyone else in my family, could feel my teeth sharpening in response to my anger.

This wasn’t going to end well.

Oblivious to everything happening around him, Josh leapt out of the car and raced straight to Ellie through the thickening snow flurries that had started to fall from the sky. “What are you doing? You can’t leave! I love you!”

Ellie stopped dead in her tracks, her breath fogging the air.

Our parents emerged from the van, shouting their protests upon deaf ears.

Ellie dropped her suitcase to the snow-covered ground, and in a flash, she was clutched in Josh’s arms. She rested her head on his shoulder, her mouth quivering as she began to sob. She opened her mouth, clearly meaning to speak, but her sharp, elongated teeth were suddenly in the way.

Not to mention, they were entirely too close to Josh’s neck...

“You don’t have to go,” Josh insisted, still having no idea of the condition Ellie was in. He spoke with his face pressed into her hair, unable to see her face and the way her pupils had turned red. “Whatever is wrong, we can work it out.”

I sure hoped he was right, because we were about to find out in a matter of seconds.