by Megan Baker 10 months ago in Short Story
Report Story 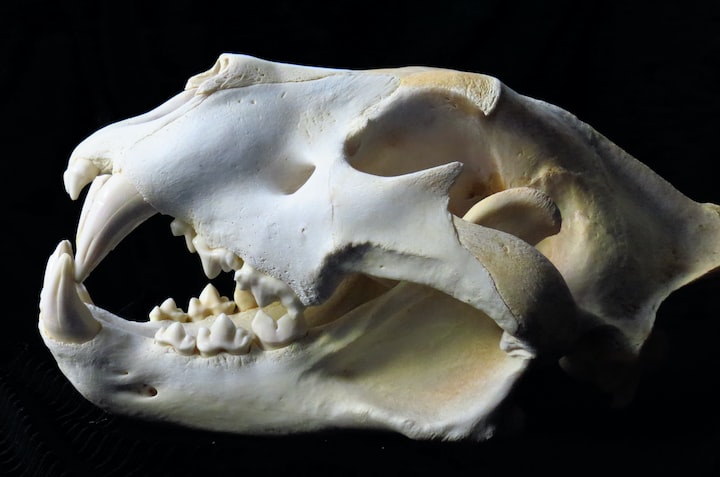 “So, what do you think?” asks Toby. He stands just outside the car, the hot summer sun bearing down on him and miles of dirt surrounding us.

“Think I need an energy drink,” I reply groggily. I had fallen asleep on the long drive over and only woke a few minutes ago when we hit a particularly rough patch of road. I too exit the vehicle and stretch, enjoying the sensation after over four hours in the car, “This site better be worth the drive.”

“I think it is,” laughs Toby as he begins opening up the vehicle and digging out the tools and equipment we’ll need for a simple visual survey of the area, “I mapped it a few weeks ago. Seemed really promising.”

He returns with my backpack, our hats, and a familiar blue and silver can with the image of opposing red bulls. I cock my eyebrow as he hands me the drink.

“You know me too well,” I say as I pull my pack on and crack open the can. My friend chuckles.

“You are a creature of habit. Besides, I need you wide awake to find those tiny fragments we’re looking for.”

“True,” I reply, taking the first few swallows of my energy drink. I sigh with a blissful relief, “Mmm, that hits the spot.”

“Come on, “Eagle Eyes”. Find us something pretty,” Toby hollers as he begins scouting on one side of the vehicle. I start searching on the other side. The area is good for visual surveying. Vegetation is sparse and the dirt revealed, so I am able to scan quickly.

‘Rock, rock, candy wrapper,’ I think as I begin identifying the objects lying on the surface, ‘Beer can, rock, stick….’

Within a few minutes, as I am halfway through my drink, I spot something intriguing. I bend down to examine my find; small and off-white, I suspect the piece is an aged chunk of bone no bigger than my thumbnail.

“Got bone!” I yell, scouting the area around my discovery. I spy a small crest I think the fragment may have washed down from. I begin climbing up as Toby makes his way over, both of us finding several more bits of bone lying on the surface in the process.

“Looks like some fish and... maybe bison. Bone composition seems about right for it,” I respond, then identifying what looks like a layer of silt and algae common with ancient, dried bodies of water in the exposed side of the crest, “Kinda looks like there was a pond here - it’s got that algae layer.”

My colleague nods in agreement, and we both focus on the surrounding area. The pond and the animal bones are good indications that the creatures lived here and came to drink from the water source, and we are eager to see what else may be left behind.

It isn’t until five hours into our search that we find something very, very exciting to us; chips and flakes of stone that may have been caused by early human manufacturing of fluted spearheads. Following this find, Toby heads back to the car to retrieve more of our tools. While I wait for his return, I continue browsing the top soil for any obvious fragments.

When he returns, rolling our wheelbarrow and sifting screens over, I laugh. His sunglasses are hanging off one ear and his hat is nearly about to fall off with the slightest breeze. He huffs in response, righting his disheveled gear when he has the free hands to do so.

“How’d you manage that mess?” I tease.

“Wheelbarrow wheel hit a hole and the one handle came up - knocked my glasses and hat,” he replies grumpily. He puts on a harness and meter with a probe and turns it on, walking and waiting to see if the green light on it will signal a change in readouts of the magnetic distributions in the ground. No such change occurs, however, so the light remains unlit. Given that we are looking for materials that predate the use of metals at this site, this is not that discouraging.

Next, we make our grid of nylon strings. This will help us in our documentation of any further excavations. We each take a bucket and small shovel and work from opposite ends of the grid, which is how we like to work, personally. We are centered in the area of the old pond, hoping to find remnants of human activity.

As weeks pass and we dig deeper, we find more and more small pieces: spearheads, tiny bones with the barest inclination of being worked over by human tools, charred remnants of a fire...etc. Then, as we expand our search outwards, deeper into the old pond, we make our biggest discovery yet.

First, we uncover a horn. Clearly bison. By the time we uncover the head, it is obvious to us it is a bull steppe bison, six feet tall at the shoulder. The hair is in such great condition, we can’t help running our hands over it gently in amazement of its preservation. As we start to dig around it to excavate it, we take note of the death pose and position - this animal was trapped. Toby speaks about it first.

“Looks that way,” I say before pausing, “Maybe the pond froze and it fell through - got stuck in the muck or something.”

“Maybe. Does happen,” Toby agrees. “Might find some other good stuff - struggling animals tend to draw in predators. Maybe even humans, this time.”

“Let’s hope so,” I nod, eager to reveal the rest of this giant, extinct creature.

The bull, easy prey once it had become entrapped in the ice and muck, had indeed drawn in a vast array of carnivores: a short-faced bear gnawing at the hindquarters had also fallen through and died alongside it, one paw resting on the bison’s lower limb; evidence of dire wolves comes in the form of the carcass of one near the head of the bull with a large puncture wound into the chest cavity - the bison had still been alive when the wolves came and managed to fatally injure one; and an American lion is found nearly halfway on the back of the bison, where it had pulled away the hide to begin its feast when it too succumbed to the mud and presumed ice.

“Bison, bear, wolves, lions…” I say as we sit back to examine what we’ve uncovered, marveling at the find. As the project dragged on, we’d recruited more people to help us excavate and we now work in shifts. Most of the group still works at freeing the remains.

“...and a partridge in a pear tree!” Toby sings playfully, full of mirth at our discovery. He hasn’t stopped grinning since we found the horn. I smirk at his excitement and begin eating my lunch. Within a few minutes, however, one of our colleagues races over.

“You guys gotta come check this out!” she exclaims, beaming. Toby and I get up, stiff from our turn digging earlier, and hobble after the younger woman.

When we arrive, we instantly see why our friends are all chattering; the specimens are nearly completely uncovered, and the bison holds yet another surprise. The side that had been most exposed to predation has been skinned and gleaned of its meat, leaving the rib bones bared. The cuts start at the base of the neck and extend down the length to the haunch where the short-faced bear ate and died, and they were very clearly made by human tools.

“Look here,” another volunteer says, pointing at a collection of small objects scattered feet from the fallen creatures, on what would have been the shallow bank of the pond. As I venture closer, the familiar shape of fluted spearheads becomes apparent. The proximity to the animals is tantalizing, but not solid proof that humans were here at the same time as the deaths of these fallen beasts.

“We have cut marks on these bones!” Toby shouts behind me, and I turn to see him crouched beside the bison, eyeing the rib bones carefully. I approach and join him, and Toby shows me the marks he sees. They are faint, but consistent with other finds of scratches from humans cutting up carcasses. Humans butchered our steppe bison. Toby turns to look at me, “What do you think?”

“I think I need an energy drink or to get out of the sun - I’ve gotta be dreaming, right?”

Thank you for your time! If you’ve enjoyed this short story, please consider subscribing, tipping, and/or giving it a heart to let me know what readers might like to see more of!