by Mr. Jax 8 months ago in Horror
Report Story

Piggyback Ride is a horror story from Japan. 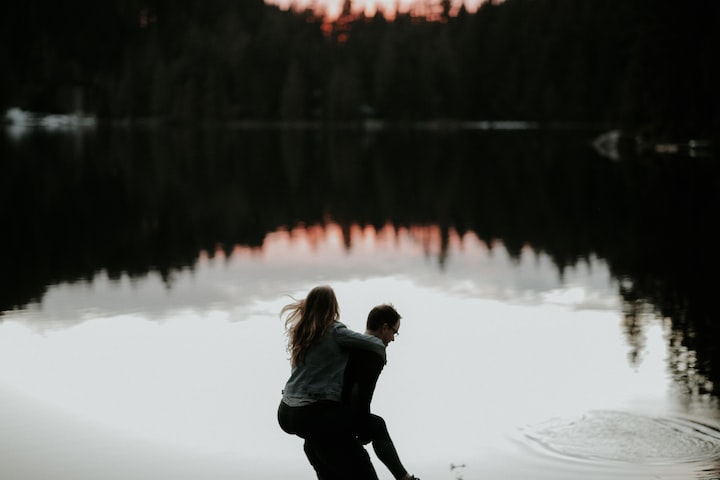 Once there was a married couple who had one young son. Even before their son was born, their marriage was on shaky ground. They disagreed and argued almost over everyting. As the years went by, the mother and father fought all the time. Their arguments became more frequent and they talked about getting a divorce.

In the end, they stayed together for the sake of their son, but their arguments continued and fights became more and more violent. By the time their son was 5 years old, the couple had grown to hate each other.

One night, after they had put the boy to bed, they got into an enormous argument. The father flew into an insane rage and murdered his wife.

When he come to his senses and realized what he had done, he set about disposing of the body. He dragged his wife's corpse into the garage and put it in the boot of his car. Then, drove out to the mountains. Under the cover of darkness, he slung her dead body over his shoulders and carried it out to a swampy region nearby. He dragged her body out into the foul-smelling muck and watched as the body sank into the murky depths.

As dawn was beginning to break, he returned home to clean up and take a shower. But, no matter how much he scrubbed and scrubbed, he couldn't seem to get rid of the sickening smell of the swamp.

He slept for a few hours and when he woke up, he started to think about what he would do if his son asked where the mother was. He decided to tell the boy that his wife had gone to stay with her sister for a while. However, when his young son got up for breakfast he never mentioned his mother as all. He just stared at his father and said nothing.

The man could still smell the odor of the muck from the swamp where he had buried his wife. He took an air freshner and began spraying it around the house, hoping to mask the unpleasant smell. It made him feel sick.

A few hours passed and the little boy was watching TV in the living room. The father began to get an uneasy feeling in his stomach. Every time he went to the living room, he noticed his son would stare at him with a curious look on his face. It made the father feel nervous and paranoid.

His mind was racing. Perhaps the boy knew what had happened. He thought maybe the boy had heard him murdering the wife. Probably the boy was feeling traumatized. If the boy knew all about it then his father would have to kill his son as well.

The father walked into the room where his son was still watching the TV.

He sat down a bit away from the boy to avoid any suspicion by the murky smell coming from around him.

"Is there something you want to ask me?" the father said in a secretive tone.

The boy thought for a moment or so and then replied, "Yeah, I do..."

"Is it about your mother?" asked the father, feeling nervous.

"I suppose it is, you're wondering where your mother is," said the father.

The boy affirmatively replied "No!"

"Then what is it? asked the father, completely confused.

The boy stared at the father for a while with an expressionless face and then said "Daddy, I am wondering why Mommy's face is so pale and why you have been giving her a piggyback ride all day. "

More stories from Mr. Jax and writers in Fiction and other communities.